I Am "You People" 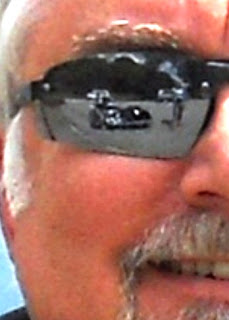 While on my Virginia Adventure, I used McDonald's as my place of choice to take breaks when I was riding. It was extremely hot and I could always count on McDonald's to give me a few things I needed when on the road: an air-conditioned place to sit, free Wi-Fi, a big drink for only a buck, and a clean restroom.
As I cruised from the end of Skyline Drive to the eastern seaboard where my son lived, I stopped  at the McDonald's in Fredericksburg to grab a drink. After getting my drink and the yogurt, I sat down and as I was sitting there writing an e-mail, a man walked up to me and spoke.

“I don't know if you would be interested or not, but my church has an event tonight for you people. There will be music and lots of food. You are welcome to attend.”

I thanked him for the invitation and let them know that I was just passing through. Then it struck me, I have never been one of  you people before.

I was sitting there with my riding boots on, jeans and chaps, leather jacket draped over one of the chairs, and wearing a bandanna. My helmet sat to one side of the table along with my gloves. It was obvious that the Road King in the parking lot had arrived with me. But really, you people? 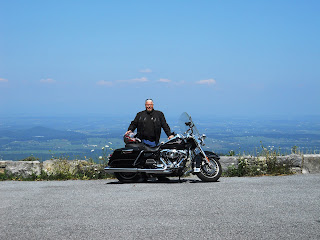 To be fair, the gentleman was just trying to be nice and I don't think you meant anything derogatory by his comment; he just wanted to let me know what was going on. And that it was going on for you people.
I have never considered bikers to be a subset of society just a group of folks with a shared interest. Like fishermen, or guys who play basketball, I can't think of anyone that would need to be called you people.
Even now, a few months later, when I recall the encounter I am wondering if I should be insulted because I was seen as one of you people, or carry it as a badge of honor because I consider myself one of you people.

Jump On Your Bike & Ride!

Can we take a look at the odometers Johnny....