Silver Wings...Slowly Fading Out of Sight 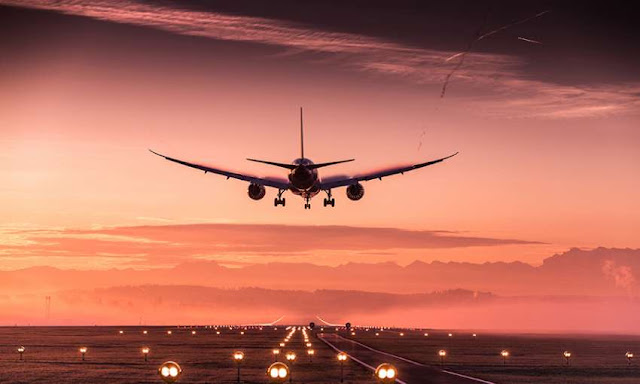 I stopped for the light, and began flipping through channels on my radio when my ears caught the first few notes of a song from somewhere deep in my past... Silver Wings.
Silver wings shining in the sunlight;
Roaring engines headed somewhere in flight.
It transported me to my usual table at the Rhein-Main NCO Club with a live band performing the song. It could have been one of many nights I was in the club having a last hurrah with someone who was getting ready to leave for good or maybe just departing for an extended vacation back in the States. Either way, the song always paused the good-time being had and replaced it with the depth of what was happening-- someone was about to get on a plane and leave the rest of us behind.
They’re taking you away, leaving me lonely;
Silver wings slowly fading out of sight.
When you’re doing a military overseas tour, everyone usually comes and goes via an airplane, which leads to it becoming a weighty symbol of eventual departure. I knew many folks who had countdown calendars on their wall that prominently featured an aircraft taking off. It served as the last element of your tour–the plane hitting the sky.
People flowing in and out of an overseas base is constant, resulting in a string of gatherings to say hello and goodbye. The hellos were mostly just functionary — trying to get to know someone new. The farewells take an emotional toll as someone you’d grown to rely on was going to vanish. It’s hard to understand an environment that lacked social media and instant email unless you actually lived in it. The only means of communication we had were very expensive phone calls or writing letters that took both time and effort.
“Don’t leave me,” I cry;
Don’t take that airplane ride.
But you locked me out of your mind;
Left me standing here behind.
How Silver Wings became a tradition at farewell parties is easily understandable. The lyrics are simple and the music too -- one verse, one musical bridge, and a chorus that repeats three times. It would pierce the psyche, then burrow deep. The song would momentarily pause the joy and leave nothing but raw emotion as you said goodbye to somebody you cared about, someone whose presence you came to rely on. In the end, the only thing left was watching their plane fading away in the sky the next morning.
Luckily, the song is short enough that it ends before the emotion of the moment overcomes you but it’s long enough to hear a few whispered words from the person leaving that you’ll never forget. Perfect.
Hearing Silver Wings now brings back those memories along with a sting of the blues, as I think about the people I bid farewell. Except for one person, who ended up transferring into my last duty station during my last year of service, I never ran into any of those people again. But who knows what tomorrow holds? Besides, melancholy over the past is proof that you lived a full life rather than one that was emotionless.
Slowly fading out of sight.
There was one other song I vividly remember as a tradition from those days, but Waitress, Oh Waitress brings more laughs than introspection.
347,590
Posted by Charles Schell at 16:09 No comments: