You Will Live On, Dad. Farewell For Now 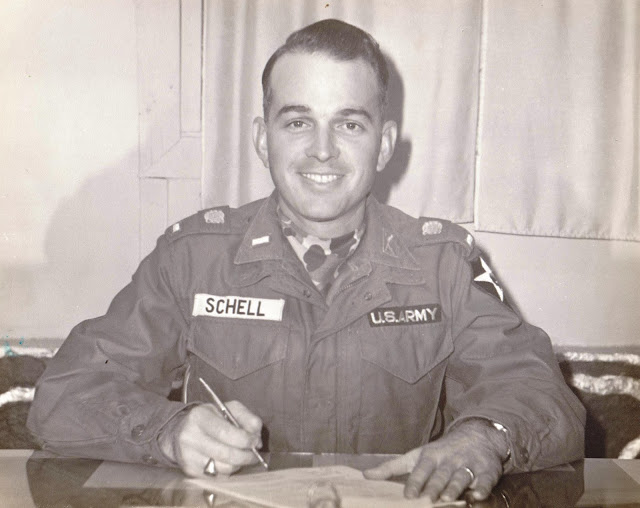 As a kid, it puzzled me why my father would refuse to drive anywhere on Christmas day. The biggest impact to me as a kid was if a Christmas present needed a battery we did not have, it would have to wait until the next day. When I was older, I asked my father why he refused to drive on Christmas, his explanation was simple: he didn't want to risk getting in an accident and destroying Christmas for them and their family going forward. It would've been devastating if someone was killed. It was years later when I was in the Air Force before he gave me a fuller explanation.

My father was a company commander in Vietnam during 1968. It was one of the worst times to be a Captain in the country because aside from the normal dangers of war, there was a bounty on the head of all company commanders. Also, America's attitudes were shifting due to the Tet Offensive. By all objective accounts, if we kept going after the Tet Offensive, we would've won the war. The press lost the war. In the latter part of December, one of his troops was severely wounded while out on the last patrol in the days before Christmas. The soldier as taken to the Evac hospital, and once my Dad's company stood down for the holiday he made a trip to the hospital to visit his wounded man. When he got there, he was told the man died. 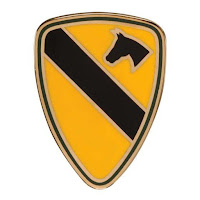 Dad went over the Mortuary to say farewell to his fallen trooper, and the specialist who worked there took him to where the body was stored. Looking down at the paperwork, my father noticed the man's date of death was listed as 25 December. Dad found that completely unacceptable, and asked the specialist to change it. The Specialist refused because, in the pre-computer Army, he would have to retype the entire form just to change the date. Also, the Specialist didn't want to be late for the special Christmas dinner at the chow hall. My father nodded and walked out; he returned a short while later with a fifth of Jack Daniels.

The Specialist accepted the offering to retype the form, changing the date of death the 27th. In doing this, my father ensured the man's family would never associate Christmas day with the anniversary of his death. It was a lesson I remembered. Because of that lesson, when my father passed away, quietly in his sleep, on 21 December 2018 the only people notified were family. He would not want his passing to negatively affect everyone's holiday. I made sure it did not. 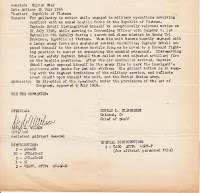 My father has been mentioned in this blog before, among them, his genius for inventing the after-breakfast nap and the frustrations of the past three years as his health declined. He was a man who actually lived three different lives as an adult. First, he was a soldier, after he retired, he became a DOD civilian, then after he retired from again, he became a gentleman farmer. I grew up with the soldier for a father, disappearing for at least two years of my life, one in Korea and one in Vietnam. My brother came along at the end of his military service and for part of his life as a DOD civilian. Both of us as adults knew him as a retiree. It may seem each one of those things is different, but they really aren't in the way he went about them. He never lost his soldier spirit and way of doing things. Along the way, he taught us the same lessons of patriotism, selflessness, integrity, caring, reverence, and charity. All of those traits he possessed and led to his being awarded the Silver Star while he was in Vietnam, read the citation above. 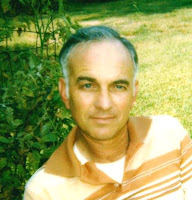 Dad taught me to watch people and see beyond what my eyes told me. Find the story underneath and appreciate everyone for who they are. Never prejudge anyone, because you will always be wrong. He possessed a wicked sense of humor and often would say something funny when least expected.  He was also generous with both his money and time to charitable endeavors. 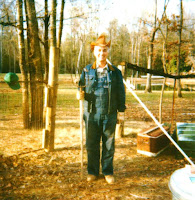 Dad was very specific about what he wanted for his funeral, and we did our best to ensure the sendoff was exactly what he wanted right down to the wood coffin Like his life, there were three parts: the church funeral, a Masonic funeral, and military honors. Standing behind his flag-draped coffin, I related the story about his Silver Star and a few other tales during the church service. Most of those stories have a basis in his humility. It was revealed how silent he was about his history when local friends and associates came up and told me they were surprised to learn of his heroism in Vietnam. Many did not even know he was a Vietnam veteran.

Even though my father was not killed in combat, he was honored with a 21-gun salute for his service. The second youngest of his great-grandchildren cried due to the noise, I found myself crying at the realization we were closing the book on his physical existence. One of the most solemn moments in my life was when Master Sgt. Ortiz kneeled in front of me to hand me the folded flag with the thanks of a grateful nation. It was difficult because at the same time I was feeling the enormous amount of patriotism while my heart was breaking at having to say goodbye.

The last three years or so my father's life have not been easy. My mother passed away 17 years ago leaving him on his own, and he reached a point where he needed help. I found myself continually going to battle against the VA and unscrupulous charities on his behalf. In an ultimate moment of cruelty, a call came the Monday after his funeral from the VA. They were finally processing the paperwork I submitted last February. Bureaucratic bastards. 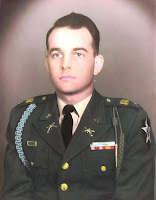 During those years the man in front of me was slowly fading away as CTE and dementia took its toll. Anyone else who's been through it can tell you it is difficult not to be angry at the person but the disease which is not their fault. Three years is a long time to deal with those difficult emotions. Then, I was presented with an opportunity to work my way through them when I volunteered to go through his home and sort through things separating mementos from those things needing to be donated to things which just need to be thrown away. In doing the work, I rediscovered my father and all the pain of the last three years started to fade away. I would suggest it to anyone who has a parent or loved one pass away. It is a way to rediscover all the things you remember about them, and at the same time, you occasionally run across something which affirms how much you meant to them.

My father lived for almost 83 years.  Full, happy, and productive years that left behind a legacy living on in two sons, six grandchildren and ten great-grandchildren (so far).