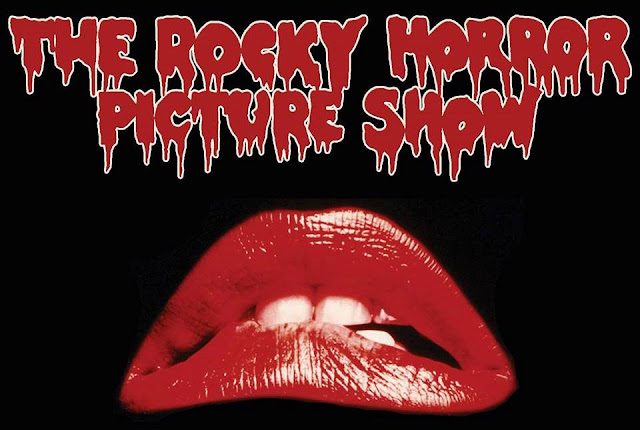 For personal reasons, last night was low-key for me so I will not be posting a regular blog entry reviewing the 21 October 2017 performance of Rocky Horror Picture Show at The State Theatre.  However, I do feel that I would be remiss if I did not mention the shadow cast that performed in front of the screen during the evening.

There are several ways to the view a shadow cast, from exhibitionists who have nothing better to do on a Saturday night to those who take their performance area seriously and try to genuinely add something to the on-screen experience raising it from 2D. I will say that this is the best shadow cast that I have ever seen, based on casts that I witnessed in Georgia, Missouri, and elsewhere in Michigan. They should be proud of the effort that they made and their success in adding that unique dimension to RHPS.  Well done. 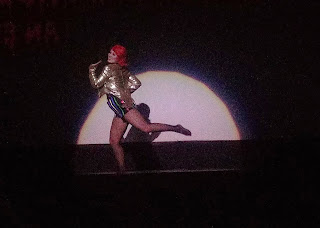 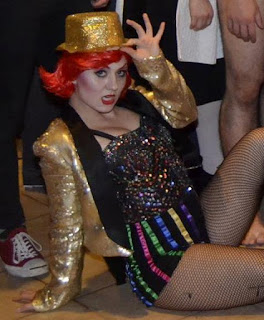 This actor was putting her entire heart and soul into her performance and never once allowed a break in the character. The hard work she put forth made watching her embodiment of the character effortless and entertaining.  When someone has the talent to occupy a role down to the most minor detail, they allow the observer to cross the bridge between reality to fantasy and feel they have indeed witnessed the character they are portraying. Every expression, every bit of body language and each speech inflection lived and breathed the character.

All of last night’s attendees can now say they have met Columbia. 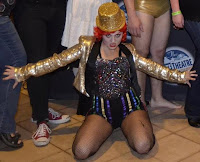 I do not recall seeing the shadow cast names provided anywhere, but I do feel that we will hear from this talented performer again because that kind of dedication to a role is the mark of someone with a level talent that will shine through every time she steps on stage.

Finally much praise for the much-enjoyed and little-acknowledged part of last night’s performance -- the Kalamazoo State Theatre, the best venue in Michigan.

For more of my own history with RHPS, check out this entry…

Post Script, 31 October:  I was provided with a shadow cast list but not by character -- In alphabetical order:  Natalie Burdick, Patrick Hill, Katelyn Langwith, Payton McCarthy, Madison Merlanti, Dayna Palya, Will Porter, Gabriella Smurawa, Ryan Wagner.  Costumes by Evan Petrow.
Post Script April 2022: I was contacted by the performer who portrayed Columbia and she resolved the mystery.  Her name is Dayna Palya.

Never Judge a Book by Its Cover...Judge the Cover by the Book 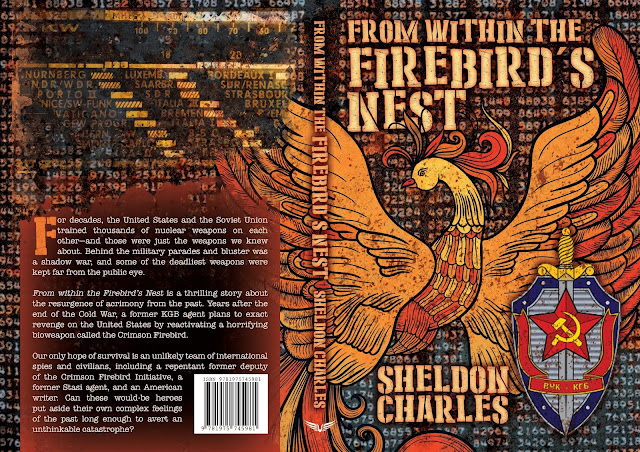 On 9 September 2017 when I released my latest book, From Within the Firebird's Nest, I braced myself. I have often said that writing a book is a solitary occupation, but the hours and days between the release of a book and the first real feedback are among the loneliest times. Honestly, you begin to rethink everything that you did in the storyline – – all of the dialogue – – and all of the characters. You have to come to the point where you can set all that aside, take a deep breath and just wait for the feedback. I am happy to say that most of the feedback thus far has been very positive to include several five-star reviews on Amazon, Barnes & Noble, and Goodreads.

Along with feedback has come a variety of questions, one missive was a compliment on the book’s cover, I responded with gratitude and mentioned that I had designed it –. In fact, I not only designed this book cover but have designed the covers for all of my books and plan on continuing to do so.

Whenever I tell someone that I am a novelist, I am often asked about my process. I do not see what I do as a process, but it does consist of many parts that I tend to do over and over again – – one of those parts is designing the book cover which I do fairly early on. Since my design for From Within the Firebird's Nest is still clear in my mind, I thought I would tell you about it. To me, the cover design is a graphic representation of the main parts or elements of the story and meant to be an abstract of where I plan on taking the reader. For this book, I wanted to include elements of coding, numbers stations, espionage, and of the myth of the Firebird.

At first, I was going to make the background a collection of numbers and letters used in the book as a crypto code. However, after a bit of consideration, I thought using an actual KGB one-time sheet would be a better representation. It is a piece of history that was functional during the Cold War and represents the code part of the book very well.  What you see in on the cover is an authentic KGB one-time sheet. 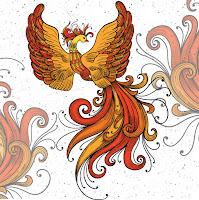 The next element I chose was the Slavic Firebird. Due to the name of the secret project in the book, the Crimson Firebird Initiative, I needed a Firebird that was also red. Shutterstock is an excellent resource for various artwork, and I licensed two Firebirds from the site that I thought worked very well. Eventually, I decided between them and used that one for the cover of the book.

The third element that I wanted for the book was the KGB badge. I wanted a representation of the badge in use during the period when the CFI would've been developed and thanks to the Internet I was able to find one.

I took these three elements and placed in a pleasing layout that also allowed me to include the book title and author name.  The only real essential element from the story not represented was the numbers station. However, I realized I also had a back cover. 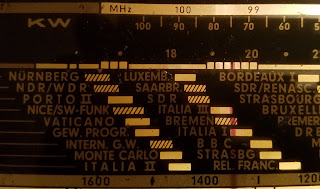 The back cover only contains one element -- the tuning dial of a radio that included the city names of the stations. Obtaining this graphic was less involved and only required me to take a picture of the tuning dial of a Blaupunkt stereo console that I inherited which matched the one that I used in the story. Now, the significant elements of the story were all included.

CreateSpace was handling the printing of the paperback copy of my book, and one of their services was cover design. Since I already had a design in mind and created, I presented this to their team and told them the extra style factors I wanted to be included but was unable to produce myself.  Among the factors were stencil-style lettering and a more sinister coloration and presentation of the graphics on the cover. I was more than pleased with the cover design that they put together. I also found their explanation for their creative concept to be interesting as well: 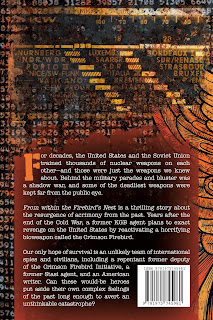 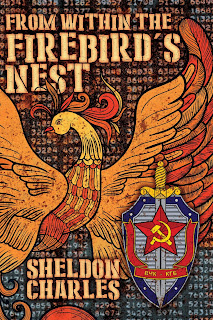 For your cover design we have used the provided cover images whilst also following your inputs made within the design profile and also using your cover mock-up as guidance. We have used additional stock imagery to add more of a grungy and distressed feel to your cover images - almost as if they are rusting away upon the cover itself. We have done this as we understand your book is under the thriller category, and you also mention with referenced covers that this is a style you’d like to use. We have also used more gritty styles over the rising firebird. We have used the radio image at the top of the back cover, blending it into the background style so it doesn’t appear too stuck on. We have used your cover references as inspiration for typography, choosing a stencil style font which we have replaced in colours sampled from the Firebird - this brings great cohesion to the cover composition. We have also altered some of the illustration so it intertwines with the typography, as opposed to the typography covering the beautiful details.


Now you know how the cover design came to be...I sincerely would not have any problem with this book being judged based on its cover because I like the final cover and think it is an excellent representation of the story presented on the pages within that cover.