Best of the Blog -- For Father's Day

This is the second week of reruns as I am busily working to finish my latest novel, Allah's Numbers.  As of today, I'm at over 525 pages, and all hell was breaking loose.  To paraphrase Chairman Mao:  There is great chaos at all locales within the novel, and the situation is excellent.

Again this week there will not be a regular weekly blog post. Instead, I am providing a link to a Best of the Blog entry.  This time, it is an entry about my Dad, in honor of him and Father's Day.  I hope you enjoy it and if you haven't already -- call your Dad. 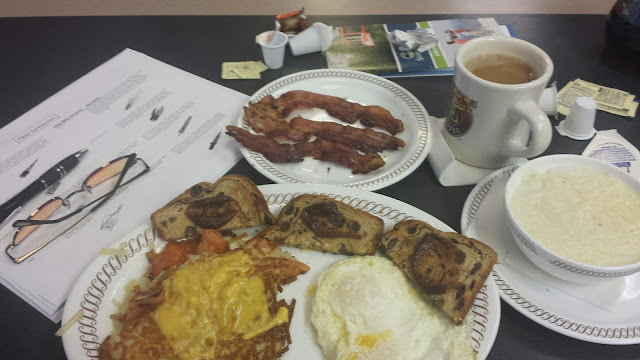 New blog entries will return in about two weeks --

Email ThisBlogThis!Share to TwitterShare to FacebookShare to Pinterest
Labels: Best of the blog, Dad, genius

Best of the Blog -- Batman

As I've mentioned before, I am working on my latest novel Allah's Numbers and it's nearing completion. At present, the book is over 460 pages and I am writing the exciting climax to the story.

Because I am under a deadline to have this to my editor by the end of the month, I won't be writing my normal weekly blog post. Instead, I will take a cue from television and provide a link to a Best of the Blog entry whose relevance relates to current news. 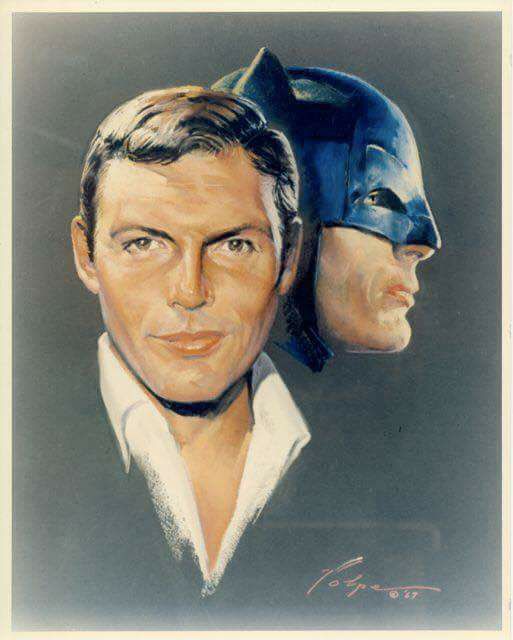 Email ThisBlogThis!Share to TwitterShare to FacebookShare to Pinterest
Labels: adam west, batman, Best of the blog

There are too many details as to how all this works to get into here, but if you are a veteran, I would recommend you check it out and sign up.    Short version:  They go out and seek donations (and ask that you help), they have a fair way to make sure every Veteran gets a chance at what tickets are available and the manage the administration of the distribution of the tickets very well.  This was only my second event for which Vet Tix supplied admission, but they have recently started offering a lot more shows and events in my area. 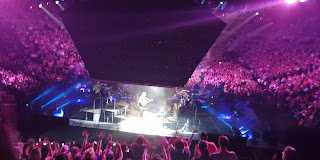 I used to consider myself a Neal Diamond fan – his music was big during the time I was most into music in my life.  But, after attending his 50th Anniversary concert, I am questioning that label.  I have decided that I like his hits, but not much else.

Someone at some point decided to maximize profitability by using all the seats in the arena and telling Neal he needed to walk around the provided walkway from time to time –to make those behind the stage feel like they were attending the show too.  It does not work.

Sitting behind the stage is very disconnected.  During the opening, the show used a large diamond shaped screen that completely blocked out the view of the stage.  I considered walking out, but then they moved the lower portion of that screen out of the way, but with the top of the screen still in place – we in the back were left with a slit to watch the show through.  A better idea would have been to not sell the seats behind the stage at all.  Neal used the walkway at the back of stage a total of 6 times,  not for a whole song but just walking through – except for Sweet Caroline when he sang a full chorus from there. 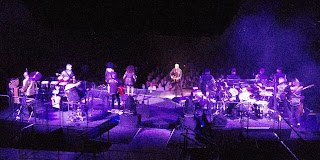 The start of the show was kind of low key, In My Lifetime, Cherry, Cherry, Desiree, Love on the Rocks, and Play Me were mellow tunes – I think too soft for the start of the show.  His voice was excellent though, still had the same tonal quality and he did not rely on tricks to hit the notes.

He moved on to several songs I did not know but did include favorites of mine like Song Sung Blue If You Know What I Mean and Forever in Blue Jeans.  I looked it up later and was surprised to find both Red Red Wine, and I'm a Believer were his lyrics.  I never knew, and he did a great job with both. 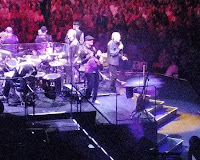 Neal next performed more soft stuff, and songs from Jonathan Living Seagull  -- sorry did not like the movie and do not like the music.    This whole section of the concert bored me.

He finished up his standard set with an excellent performance of I Am ... I Said.

The three encore songs (Sweet Caroline, Cracklin' Rosie, and America) were likewise excellent and had great energy – but where was Brother Love?

My first show at The Palace of Auburn Hills.  Great crowd handling, fast in and out.  Excellent staff.  Sound balance was a little off for instruments over vocals.  The venue felt much more intimate than its 24,000-seat capacity – this is the largest site I have been to in Michigan but did not feel like it.  The food was mediocre.  Accidentally arrived too early and opted to eat dinner there – selections were many but overpriced (expected) and just average (not expected for the price).