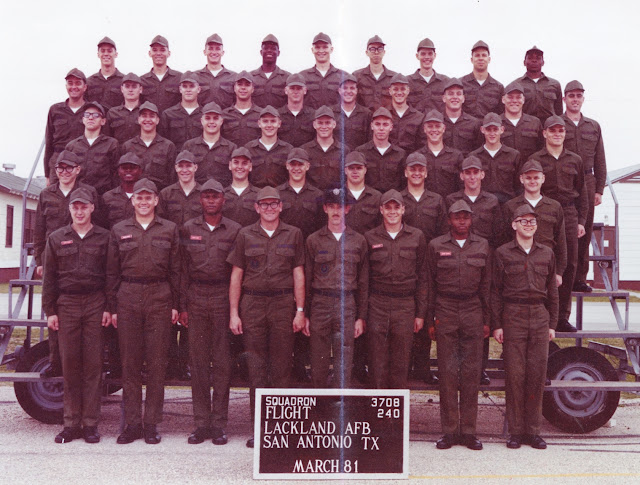 Recently, I've been hearing a new buzzword: Nepo Baby. It’s being used to refer to kids of movie stars in Hollywood who find themselves cast or taking part in movies simply because of whose children they are. The basic gist is that nepotism is getting them where they find themselves. I'm not really sure why anyone would be surprised at that. It’s understandable that if your dad or mom is a big movie star, they might be friends with casting agents who’d want to do them a favor. Likewise, it is also possible that those same friends might've met the child at some point, and rather than going out looking for the next Lindsay Lohan, they just select Junior for the part instead.

Over the course of my life, I felt a few jobs with family-owned companies. At no point was I ever stupid enough to believe that I’d be promoted above the boss's son. In fact, the boss's son was probably going to wind up being my boss if I continued working there. Naturally, some nepotism would lead to a good choice, whereas others were terrible. I think the worst situation of all was when I worked for a clothing company where the entire three-generation family was working at the store along with a few folks who were not family. We got to see family drama dragged in from home to the store, and at various points, in time we were expected to select sides. I was smart enough not to play that game, and to move on as soon as possible. I ended up in the Air Force, which leads me to another type of Nepo Baby.

My choice to go into the service was at least partly driven by my familiarity with what life after enlistment would be like. It was an insight I gained over a lifetime because my father was in the Army. When I got to basic training, at least a dozen of us quickly figured out that we were second or third-generation military brats. It gave us a distinct advantage simply because we were familiar with what that lifestyle entailed. We were also sure of what life would look like at the end of basic training, whereas many of our fellow Airmen were deluded that their entire career would be like basic training. In the end, I think two folks from my flight were discharged in the first week for inability to adapt.

Adapting is what a military brat does best. However, in this case, we were not adapting but simply returning home. Our parents had guided us on how to follow instructions, budget time, make decisions on the fly, and can process critical thinking. All of those skills made the transition into uniform much easier. This was not the type of nepotism where you got something because of who your dad was, but you were successful in the job because of how your parents raised you. Don't get me wrong, there were several people I was in basic training with who came from the civilian world and adapted just fine by the end, but for me and my fellow military brats, it was just easier.

While people are upset that some Hollywood Nepo Baby is getting ahead unfairly because of who their parents are, they should take a moment to be thankful for the military brat Nepos. Those men and women are defending this nation and have been doing so for two, three, or more generations. It is a job that less than seven percent of the country's population will ever choose to do and in the end, those who do get nothing additional for following in their parent's footsteps–– except earned pride.

Posted by Charles Schell at 13:19 No comments: 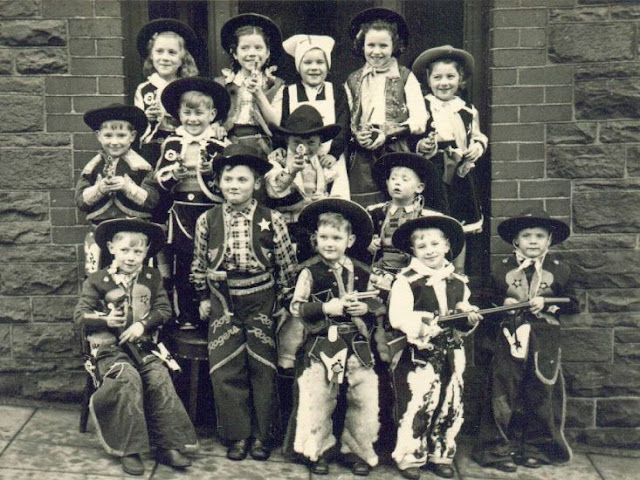 I played cowboy when I was a kid but I never sought it as a future vocation. Although, when I saw The Wild Wild West on TV, that almost changed. I thought Jim West was an okay character, but the character I really liked was Artemis Gordon. Artemis not only invented cool gadgets and got to play with them. He was also a master of disguise. To me, he was the most interesting part of the show even though he didn’t get in many fistfights and seldom got the girl. That’s just the way it goes in the Hollywood version of the West, I guess.

Even when I played cowboy with my friends growing up, it was always a militarized version. That is to say, we usually played Calvary or gunfighters. What else could you expect from a group of military brats? In fact, most of us had fathers who were part of the 1st Calvary Division, so it was a very natural fit. We wore cowboy hats, and belts that held two six-shooters. There was at least one kid in the group who wore crossed bandoliers of spent shells ala Sergio Leone. I always wore my guns with the grips to the front. like Clint Eastwood. The cowboy thing didn’t last very long, maybe a year or so before giving way to just playing Army. 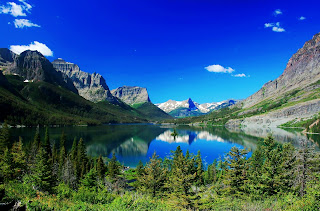 Recently, a TV show came on that forced me to reconsider the cowboy as a career thing. No, I’m not moving to the west to buy a ranch, but there is something to be said about the environment where you can live that kind of lifestyle. For the first time since I heard Frank Zappa’s Montana, I considered what advantages there might be in living there. It is beautiful. I love the view of mountains in the distance and gorgeous colorful sunsets. The state seems to have plenty of both. The best part is I don’t have to be a rancher or a floss tycoon to enjoy it. I like that.

The show stars Kevin Costner and is named for a park in the western part of the United States which I will omit. Costner plays the patriarch of a family of ranchers operating a large ranch for over a hundred years. What makes the show more enjoyable is that it shows you the actual work of a ranch and why it is important far beyond the grazing pasture. Sure, there are lots in the storyline about family drama, bad guys who get their comeuppance, and crooked politicians, but there is so much more, and that is lacking in most modern TV shows. It is compelling, accessible, and fun to watch. Taylor Sheridan is a talented storyteller and has a few more shows I enjoy for the same reasons. If you haven’t seen it already, give it a three-episode trial. 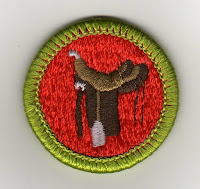 Way back when I was a Boy Scout, I earned the horsemanship merit badge which required me not only to ride but also to know the accessories necessary to ride, various breeds of horses, and the best ways to treat them to get them to work with you. Since I was later a counselor at the same camp, I got to ride pretty much on demand when in my spare time. I enjoyed riding, but it never rose to the level of obsession it does with some folks. To me, it was always what I rode through while on horseback. In Oklahoma, it was flat open spaces— but still wide and open but not a single field of dental floss.