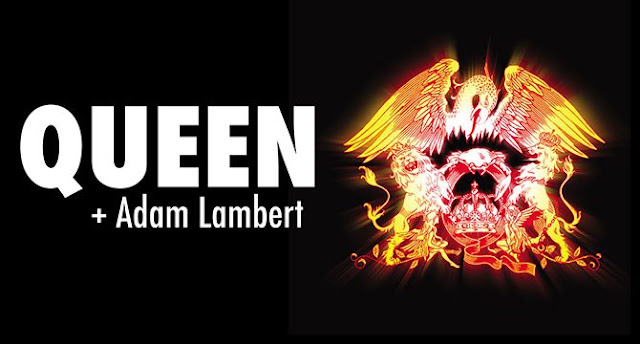 Whenever I provide a review or write up, it means that I have bought and paid for the item or admission costs myself.  In the extremely rare instance when items or admission are being provided free of charge or at a discount, I say so.  This site is non-monetized therefore the opinions provided are truly free of influence.

The start was delayed 45 minutes without explanation. While the concert did include all songs played in previous performances of this tour,  I think the delay at the very least should have been explained to the audience who were told in the pre-concert email to “Be on time there is no opening act.”  We were there –they should have been too.

The lights dimmed, and the familiar opening notes of We Will Rock You brought the entire arena to their feet, and they remained there for the next two hours.   The playlist moved back and forth between new or Adam Lambert songs and older, familiar Queen hits.   Another One Bites the Dust, Fat Bottomed Girls, and Killer Queen was presented back to back to great response.  Adam had several costume changes during the show and aside from stage prancing also road a pink bicycle during one number, Bicycle Race.

Brian May was the hottest performer of the night.  He was relaxed, in control, and having fun as he rocked with guitar solos and stand out performances during every number.

The performance deco centered around a robot with a face from an Easter Island head.  The figure originally appeared on the cover of the News of the World album in 1977 -- but without a firm tie in to this particular concert.  No explanation was ever provided about the figure other than a vague reference to 3D.  (NOTE: A Brian May penned the biography of the group has recently been released that includes 3D pictures.)

Somebody to Love & Crazy Little Thing Called Love was followed by a drum battle between Roger Taylor and a drummer who was touring with them (did not hear the name).    Roger backed that up by performing the Bowie part for Under Pressure.  Fantastic, as was Lambert’s take on I Want to Break Free.

No one can ever replace Freddie Mercury – not as a vocalist -- not as a showman.  Adam Lambert put his own style and spin on many of the songs early in the concert and then settled into his role as lead singer for the band.  Really enjoyed his performance of Radio Ga Ga.

The performance of Bohemian Rhapsody was a unique mix that included the use of the 1975 music video along with outtakes for Mercury's original vocals mixed into the live performance.  A wonderful way to include the history of the song and the band within the performance.

The encore was a rousing performance of We Will Rock You & We Are the Champions.  I walked out feeling energized and satisfied.

People change – sometimes by taking a different path and sometimes by departing entirely.  Because of this, rock bands evolve over time.  It doesn't mean the group no longer exists or has suddenly become a tribute band instead, it just means that the band has developed into its next iteration.    After all,  if the Beatles had never evolved,  it would have been John, Paul, George, Pete & Stu.

My own opinion about band evolution changed as more and more of the bands I listened to and enjoyed were forced to make changes in their line ups.  I have never seen Steve Perry live, but I have seen Journey.  Arnel Pineda was fronting the band when I saw them, and he was excellent.  His vocals were powerful and genuine to the music  -- and no it was not note for note, but that is why you go to a live performance to participate in the differences that occur when the band and crowd enjoy a synergy  -- when the music becomes something more than notes on a page.

I will never see David Ruffin or Eddie Hendricks either, but the Temptations are still pumping out a high-level performance of their best music.  In this case, only one original member remains, Otis Williams, but even with an 80% replacement of members, the Temp’s spirit lives on.

Sometimes, a band is lucky enough to have a younger brother to replace a lead singer, as was the case with Lynyrd Skynyrd. It doesn’t guarantee the same level of performance but you start with a good base of similarities that aids in the evolution.  Considering they have also had to replace guitarist Allen Collins and bassist Larry Junstrom over the years, the band maintains a remarkably authentic sound and live performance ethos.

The one group that chose to downsize versus replace as their evolution was America.  Dan Peek was an excellent musician but was not something so extraordinary that he could not be replaced – and yes, his absence in the trio was sorely felt by the band and the audience.

So, do you buy the tickets when you know one or more of the members of the band are not the original folks?  Hell yes.  Think of it as the 2.0 version of the band,  the basics are still there and can be recognized.  Sometimes it is better,  sometimes not – you ever know until you try. 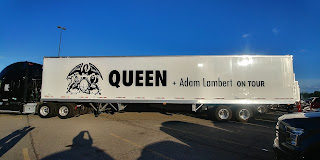 The Place of Auburn Hills is quickly becoming my favorite large venue.  Easy in and out,  the staff is friendly and helpful, and the prices (while including the normal markups) were not too outrageous.

The only wrinkle I encountered was when I left my seat to go to the bathroom.  Upon re-entering the main hall,  I was confronted by a staff member wanting to see my ticket.  No problem there – I produced the ticket, and while she checked it, I took out my phone and took a few pix from the different vantage point.  She then informed me I couldn’t stand there as it was a walkway—Okay – but you stopped me there, and I was still waiting for my ticket to be returned.  If not blocking the passage was the point, she should’ve been positioned elsewhere – feel free to verify my ticket but don’t let it ruffle your feathers if I make use of the time while you figure out that I paid to be there.

Back From My Day Job

The initial draft of my novel is finished and now rests with the Editor for her to do her job. At this point, I am kind of confused.  Not sure if I'm writing this as a break from my day job or if this is my day job and writing my novel was my hobby. Either way, I'm glad to say that after six months of diligent work, the book is finished and a tale that has been playing around in my head for five years is at last on paper -- or sitting in the cloud waiting for publishing.-- and readers.

The most abrupt change that happened from the way I visualized it, to the way it was finished, was the title of the book. Originally I called it Allah's Numbers, a totally appropriate title due to the subject matter – – you can find that out when you read it. After much thought, I shifted that title to From within the Firebird's Nest – – also totally appropriate. For what it's worth, the shift had nothing to do with outside influences – – but what I felt in rereading the entire book during my final edit of the work.

I think that titles are important, for one reason only – – to get someone to read what is written underneath it. I talked all about that in my blog entry entitled  PJ O'Rourke Taught Me How to Drive Fast While Getting My Wing-Wang Squeezed and Not Spill My Drink, if you're curious, read it for yourself -- I will apologize here for again using the words Wing-Wang in this blog after saying I wouldn't.

Anyway, I should have the final edits back from the Editor, in about three weeks or so, and then if there are no major rewrites needed it goes to press.   I am excited and at the same time exhausted from what I've just finished doing.

Here is a synopsis of the book:

Wars are won or lost, but if the loser can still strike back from the ashes of defeat, it is never truly over.

Sergei Kirill Mikhailov, a former KGB Strategic Intelligence Director, has had one goal since his fall from power during the Soviet breakup – revenge on the West. Unlike many who are armed with similar hatred, Sergei is armed with much more thanks to the Crimson Firebird Initiative, a program with a catastrophic goal he conceived and launched while he was in power. Now the time has come for him to take advantage of that tool and to use a young, confused Arab computer wizard to launch the attack which will redirect any retaliation from the West towards the young man’s organization instead of Sergei’s beloved motherland.

Meanwhile Sergei’s deputy in the program, Fyodor Ilyich Maldroski, aware that his former boss is setting events in motion enlists a friend and former Stasi officer to defang the Crimson Firebird, but time is running out. Enlisting the help of an American writer and Fyodor’s son they must all work together to prevent the Initiative from being triggered while working against a host of foes that are still lurking in the dark decades after the Cold War has ended. Standing guardian angel over this group of heroes is Nikki Grey, an intelligent and beautiful Mossad operative who has found herself falling in love with the American, Evan Davis.

A riveting tale that starts during World War II and is still playing itself out today, because wars never truly end.

Please consider this an invitation to read the book as soon as it is released --   It also makes a great Birthday, Graduation, Wedding, Bar Mitzvah, Bachelor Party, Just Because It's Thursday -- gift for all your friends, family, and anyone else you may or may not know.

Email ThisBlogThis!Share to TwitterShare to FacebookShare to Pinterest
Labels: From Within the Firebird's Nest, PJ O'Rourke, Titles

Best of the Blog – The Deep South 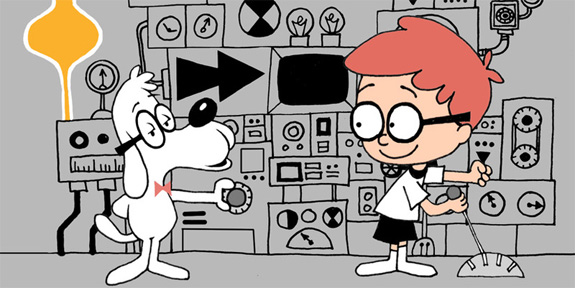 This is the fourth week of reruns and with it the happy announcement that the first draft of Allah's Numbers was finished at 1:30 AM last Friday.  It took 600 pages to tell the story and now comes the arduous task of editing it before it is sent on to a real editor on Friday.

Today there will not be a regular weekly blog post. Instead, I am providing a link to a Best of the Blog entry.  This time, it is my thoughts about the Deep South, in honor of a recent trip to visit my Dad.  But coming soon --  My first stay at an Airbnb;  after the stay, there were rave reviews – for MacBeth.  So,  join me in the Way Back Machine and hope you enjoy my thoughts about the Deep South.