I have heard the default setting of the human mind is active daydreaming rather than some kind of blank static. After giving it a little thought, I have to agree. If you allow your mind to go completely blank it starts to entertain itself with various thoughts. However, it is very difficult to get your mind to go completely blank conscientiously – – if I tell you not to think about elephants you can't help but start thinking about elephants.

So, if we agree that the default setting is daydreaming, when is the last time you can remember just sitting and daydreaming? I was recently sitting in a doctors office waiting to be called in, so I broke out my phone and started playing a game in order to relieve boredom. After a few moments of this, I wondered what I was losing by not allowing myself to just sit there bored. Even if I did not start daydreaming, I might start pondering other things that were going on that could use some thought.

For example, is there a better way to rearrange my basement so that it is more organized. Or, what do I plan on doing this spring to prevent that fungus from growing on the backside of the house where it is shaded by the tree and doesn't get much sunlight. Valid needs that might benefit from a little pondering.

When we lived in Germany, I used the time when I and my son were traveling places on the bus or while we were walking into the park to play chess to make him exercise his creativity. I would point out a person who was walking in the distance and ask him what their background was or if two people were sitting talking, what they might be talking about. There were no limits to the content of the answers; several times I found that we were surrounded by aliens, foreign agents from other lands, and a very alive Elvis hiding amongst us all dressed as a little old lady with a cane. It might sound silly, but it helped him to exercise his mind and his ability to see beyond what was visible.

I have always considered having a smartphone available, during a time that might otherwise have been wasted, to be beneficial. You can do email, check on your flight status, or just learn something new. What that phone does not do is allow your mind to be creative – – I'm not talking about simple creation like using letter tiles to create a word for a game but deep creative thinking that requires you to let go of something in your hand and instead grab hold of something that is not concrete but is infinite. We need time to let the mind return to default mode.

Much has been written about people taking days off from technology or escaping from being plugged in. A very valid consideration, in fact, I used to take Wednesday nights off from both TV and all other electronics, except a radio, when I was in Kuwait. But I'm not talking about something so drastic. Just once a day, rather than pulling your phone out to check it or to play a game while you have a few idle moments consider staring out the window for the same period of time. Allow your mind to take over in default mode and enjoy a daydream; failing that just take a few moments to think about something going on in your life that needs a few extra moments of thought. Not something emotional, but something concrete that you might be able to solve by giving it consideration. I think you might be surprised at the result.  Be Ralph Phillips.


Who knows, the mind that might've cured cancer instead was playing Candy Crush during the 30-minute train ride to work instead of letting their mind return to its default setting. 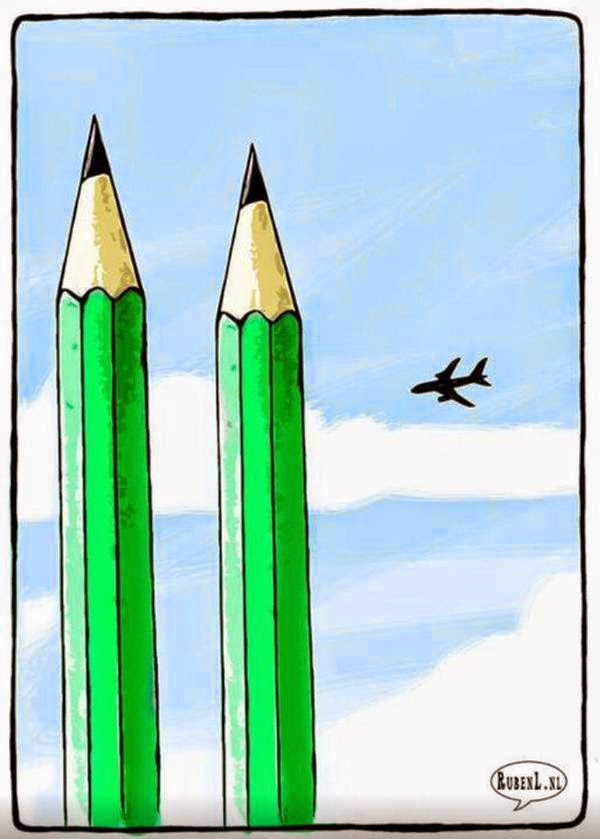 Freedom of expression is too vital to a civilized society to ever allow it to be censored and stifled; it must always be defended. 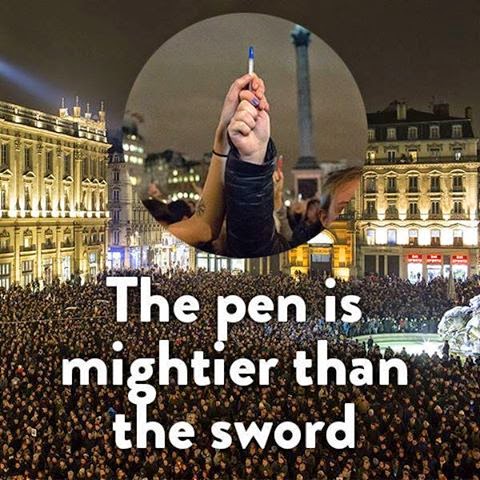 Posted by Charles Schell at 11:30 No comments:

The other day, when I opened my Internet browser, I was greeted by my usual homepage. For some reason, I didn't click straight through but actually took a second to read it --- that is when it occurred to me that a full decade it passed since I closed the business that the webpage was for, in December 2004 I closed Unicorn Software Limited. So many years have passed since I hung up my computer keyboard and stopped being a software marketer. Unicorn was not run the business as a full-time venture, although it is high point it did have very impressive sales,  It was something I did because I enjoyed the challenge of programming and I like the idea that people were using and enjoying something I had created.
This is the company biography I sent out to publishers and potential marketing partners (forgive the grammar):

In 1985, Unicorn Software Limited was founded in Guam.   The founder was an avid computer enthusiast and was majoring in Management Information Systems with the University of Maryland at the time.  In addition, he was serving with the U.S. Air Force and was continually being called upon to write custom applications and solve problems with computer systems.  Additionally,  many businesses on the island made use of his services as a  technical expert .
It was by chance that he received several disks of Shareware along with a order of bulk floppy disks.  That changed the direction of his focus, from custom applications for the Air Force and local businesses, to more generalized programs for the public.  In January 1986, Unicorn released its first two programs into the Shareware market:  Forward2 and PrePrint.
Both of the programs solved problems he had experienced and needed computer help to solve.  The first registration check came 6 months later, and by that time Unicorn had released four more programs as Shareware:  VideoMaster, CassetteMaster, DayMaster and AlbumMaster.  They now have over 20 programs being distributed by the Shareware method.
After graduating from the University of Maryland, with honours, he went on to teach Computer Science for Central Texas College, Guam Campus, and then later at IVY Tech in Indiana.  At least one class of every course was devoted to what Shareware was and the advantages of it.  He left the Air Force after completion of his enlistment in 1988, but continues to serve in the Air Force Reserve
From the very beginning Unicorn Software Limited's philosophy  has been simple:  Build a program that is useful, make it easy for any level of computer user to use , and make the fineZt of its kind.  For over 7 years they have done that and more!
In addition to creating the best programs available, they have provided the best customer service in the  software industry.  Unicorn constantly listens to user's suggestions and, most importantly,  implements them.  According to the Founder, "We consider the user vital to the outcome of every project and the reason that we exist".  Unicorn Software Limited is also a member of the Association of Shareware Professionals (ASP).
All of  Unicorn's programs are being upgraded continually, taking into account inputs from users and the status of computer hardware.  Within the past two years most of Unicorn’s programs have been reintroduced in Windows versions.
In addition to the above listed programs, Unicorn has home applications like OMNIMeal, SoundZ and CDMaster; business applications that include PostCardMaster and CompUser; utilities like DiZk4D and OMNIDiZk; two creativity products for writing, OMNIDay and WordZ; multimedia programs ; and educational  systems like Zpeller and LessonPlanZ. The variety has a lot to do with users suggestions for future programs, and the needs the author sees.  "If a program does not exist for a need I  have, or the ones that exist can not handle what I need done, it is created".
Unicorn Software programs have enjoyed critical, as well as, commercial success with glowing reviews being published in  The Little Laptop Book,; Shareware Update, PCM, CompuServe, and  Shareware magazines; the national  column Shareware.; and many on-line publications. In 1995 Unicorn’s SoundZ  program was selected for the coveted Best Home and Hobby Program by the Shareware Industry Awards Foundation.   Users who have no limits on their resources have also chosen to use Unicorn's programs among those:  EMI Music, Walt Disney World, Mike Callahan (AKA Dr. File Finder),  Robert Fulgham, Tom Clancy, radio and TV stations in 5 countries,  clubs like the Lions and  Masons , and  hundreds of small businesses. from all over the world.    In addition to that 1000's of  home users on all 5 continents have chosen a Unicorn Software program as their solution.
With that kind of vision, dedication and philosophy, it is easy to see why Unicorn Software will be around for a long time to come.

So, for 18 years Unicorn Software Limited existed and when I shuttered it in Germany, some 11,769 kilometers from its origin,   I still take great pride in knowing that it had produced the fineZt software of its kind.  It was sad to close it, but the market had changed and less time was available to work on those types of projects and keep them current. I do wonder what happened to my contemporaries from that period who along with me developed the software to the personal computer into the home computer.