36 Years Later, Here We Are 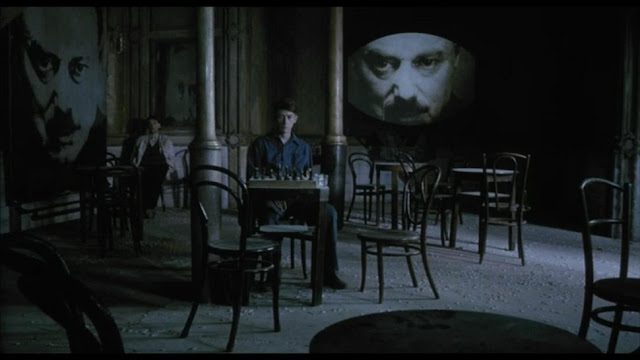 When I was in college in 1980, I noticed a copy of George Orwell's book, Nineteen Eighty-Four, on my girlfriend's bookcase. I'd never read the book before, so I picked it up and began reading. The book was and still is the most disturbing piece of fiction I've ever read. I will preface all of this by saying I don't have problems with dystopian books, and I've watched many dystopian movies without carrying away much afterward. Also, I was not deeply troubled by the Big Brother sees all concept in the book like many people were. I grew up as a military dependent and living on a base. I was used to the idea of somebody else watching everything I did and reporting it as they saw fit. Taking it one step further, probably wasn't as scary to me as it might've been to someone growing up in a different environment. What bothered me about the book was the ending; there was no light. Everything remained as dark as it was.

In the end, Winston Smith gave up his rebel ideas and sexual freedom by giving into Big Brother. Without going too deep into the events that led to it, he gave up. He sold out everyone he loved or cared about. When I got to the end, at first, I was mad, and then as I thought about it more and more in the weeks after, I was bothered by the fact that in the end, no one escaped. I wasn't looking for a Hollywood ending. Still, I was expecting a conclusion that at least provided for some level of freedom. At the very least, if he genuinely loved Julia, why did he trade her to save himself? As the song prophesied: "Under the spreading chestnut tree, I sold you, and you sold me"

At one point, I set about trying to rectify it. I wrote almost 200 pages of a follow-up novel I was going to call Two Thousand-Three. In the book, the diary that Winston kept is discovered in a trash heap by a young man.  He has been assigned this mundane job but internally seeking the truth and a way to cope with them the society as it exists. During the course of the book, he finds out that he is Winston and Julia's child and eventually leads a revolt against Big Brother freeing Oceana. As I think about it today, whereas the storyline isn't bad, it was egotistical of me to think a twentysomething college student could write a sequel to a George Orwell novel. Somewhere, there is a box with those pages, and it, at the time handwritten was the only option I had. The box is probably in an ex-girlfriend's attic or maybe in a trash heap somewhere waiting to be discovered someday.

My point is, it bothered me bad enough to try and do something to rectify and fix it. In a lot of ways, what has gone on so far in 2020 leaves me with the same feeling of dread and darkness. So many events that are coming and going so fast you barely have time to digest one before the next crisis arrives. I'm not alone in feeling you eventually stop trying to digest anything new, hoping you can at least figure out one thing that has already been thrown at you. But then, maybe not. By the way, I lived through 1968. This is nothing like 1968.

George Orwell wrote disturbing books. It is not hard to find people on both sides of the political spectrum pounding on the covers of those books and claiming it is a prophecy about what the other side is doing. I don't think the solution is that easy. It is much more complicated. You have a populace running in opposite directions without realizing or wanting to know that all the answers being sought are somewhere in the middle. At some point, you have to stop demonizing the other side long enough to realize that if you don't start moving toward the middle, there will be nothing left. There is absolutely no way for one side to demand a right to speak and act with a claim of absolute infallibility if there is any hope of unity in the end. Both sides have to be able to speak freely without fear, and both sides have to admit the only solutions are those negotiated between differing viewpoints. Indeed, when you reach the furthermost edges, here there be monsters.

The last line of the book is a realization that Winston has after his spirit has been destroyed, and whatever is left inside him is a shriveled bit of nothingness without feelings: "He loved Big Brother." 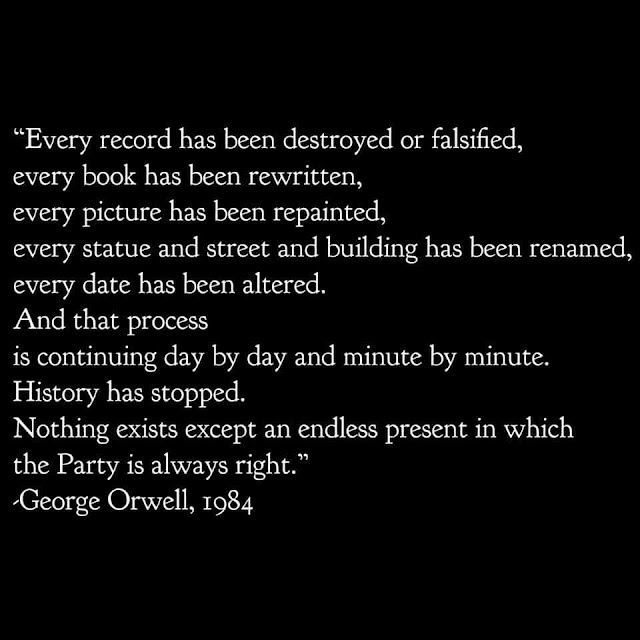 Posted by Charles Schell at 13:29 No comments: