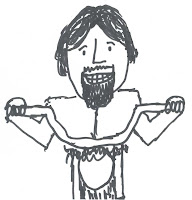 I have tried since starting this blog to express in words how it feels to ride. It is one of the most difficult writing assignments I've ever undertaken. I'm trying to write about a spirit that moves through me as opposed to things that have happened to me.
I've just finished reading Hunter S Thompson's book Hell's Angels: The Strange and Terrible Saga of the Outlaw Motorcycle Gangs and at the end of the book is a fantastic few pages where he truly captures the spirit of what it is like to be on a motorcycle. He talks about what it feels like to ride and need to feel the freedom that goes with it. That excerpt is at the end of this entry.
This season when I started riding, I started concentrating on what it felt like from the point when I first got on the bike, through the ride, and at the end when I finally dismounted. I will share those observations with you now since I am not going to be happy until I somehow capture something as well as Thompson did.

When I ride, from the minute I sit down on that seat and put on my helmet I feel the same sense of immortality and freedom that I had when I was 17. That doesn't mean that I don't think about consequences of actions but I don't concern myself with them because I know I've done what I can to minimize the risk. There is nothing left to worry about, because everything else is beyond my control. That's where the next set of feelings comes into play.

Every day I make hundreds of choices that have significant effect on people and things while I'm at work. Most of them are based on experience and my best judgment. That is what I'm paid to do. Nevertheless, for every one of those decisions that I make on the job there is someone above me who holds me accountable and can change things because they choose to. That secondary level of judgment doesn't exist on a bike.

Once I start, riding every decision that I make affects me directly and at the same time, I am the only one who is responsible for what happens. That means if I judge a curve wrong or if I'm not paying enough attention to traffic around me and something happens to a large degree I am the only one to blame. There are of course those instances when a driver just isn't paying attention and comes out of nowhere to cream a biker – – no one can do anything about those instances.


When I am riding, I become one with the machine. We react and act together as one being. I rely on her and she relies on me. It is a symbiotic relationship. Even though it is a machine and there is no God in the machine, there is an understood relationship between the two of us. Neither of us can let the other down without horrific effects to both.
Music is very important when I ride because it allows me to release my creative self in a way that nothing else does. When you couple that release with all the other feelings I have when I ride, it is the most opportune time for me to allow myself those feelings. It is like taking a good feeling and multiplying it by 10. The act of riding in itself is a high and the music just takes it that much higher.

I don't think when I ride. That is not to say that I'm not thinking about the ride itself or about the music or about the prettiness of the scenery what it means is that I'm not allowing things outside of me to cross my mind and trouble me while I'm on my bike. There are too many things going on at the same time and it crowds out all the bad crap of the day and doesn't allow that crap to affect the joy that I am feeling while I'm riding. This is an escape that I feel only while riding and during no other activity.

To me riding is poetry without words, art without pictures, touching pure spirit without a medium, flying without a plane and mind blowing sex without taking your clothes off.

Well friends that is the best I've been able to come up with so far. It still is something I'm completely satisfied with but at least I'm working on it. I think that every time I do this little exercise I come up with more and more things I'm feeling and thinking when I ride. I'm sure each of you that ride knows exactly the difficulty I'm talking about; you can identify how difficult it is to describe the experience. I was once told that no one can adequately describe something like love because it is a feeling and emotion too deep for words – – maybe that's true for riding as well.

The one thing that I'm sure is true is that there is no way that anyone who has never been on the back of a bike could possibly understand any of what I just wrote. There are blanks in it that can only be filled in by having experienced the freedom that comes from riding down the road being totally in charge of your own actions and having the wind in your face and hair. Awesome.

Now I will share another viewpoint on riding from Hunter S Thompson from his book Hell's Angels: The Strange and Terrible Saga of the Outlaw Motorcycle Gangs. I will say that I was never a big fan of his writing until I read this book but I thought that the book itself kind of missed the mark as it did not shed any new light on why people were motivated to do what they do. I would've passed it off as just a decent read until I read the final words in the book. Start at the third paragraph.