Dragonflies Are Easy To Mistake For Helicopters

Because I was raised living on military bases, the stuff that I saw as a kid was very different than other kids.  As a result, when I was about six or seven and saw my first dragonfly, I was convinced that it was some sort of miniature helicopter.  After all, I had seen Huey Cobras and Chinooks my entire life.  It was a long time before I got close enough to one to know that it was indeed some sort of insect.

Tonight I noticed that the tree by my front door had become some sort of resting place for dragonflies.  I took a minute and watched them, remembering what it was like when I was a kid.  Seeing one for the first time...wondering how the Army was flying those little helicopters. 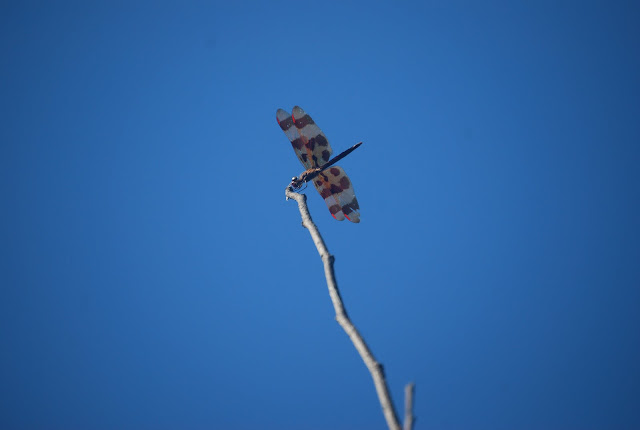