Echo Part III: Alexa, I Like You -- But With a Few Changes, I Could Love You 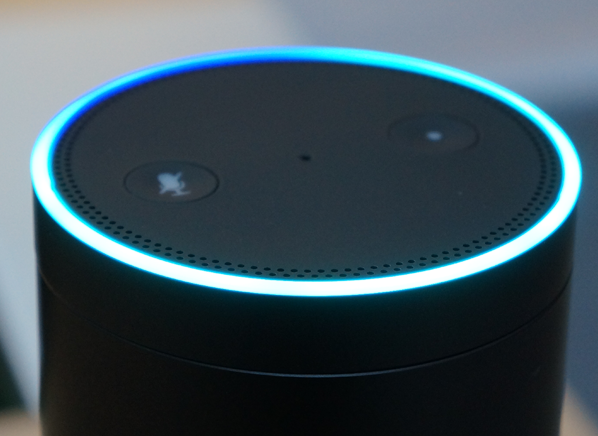 Alexa has been in the house now for three weeks. I can tell you that she doesn’t eat much, doesn’t try to steal the TV remote, and provides a lot of good information when you ask her the right way. Overall I have been pleasantly surprised by Alexa’s capability and ease-of-use.  Now comes the real question, would I pay the full $199 MSRP for her?  Probably, but only if she had a few more of the features that I list below in my wish list.  I feel that those are necessary before she will start to meet the potential that I feel she has. Am I in any way disappointed at this point? No. She will continue to live in the house and I will continue to send suggestions on to the development team as to functions for which she should be capable.

I started this review by talking about how Star Trek started me down the road of wanting to be able to verbally interact with my computer. A lot of progress has been made during my lifetime, most of it in the past few years. Alexa is to me a breakpoint between some of the attempts of the past and the turning point where I can now see the realization of my quest.  I pass on a loud “Well Done!” To the development team but I have to temper that with an equally loud, “Now finish her.”

The Internet of Things has become a way of describing the direction that is being taken as more and more things become interconnected.  Using the internet, you can control the lights, temperature, alarm systems, and more in your home even if you are not in the same country.  This does make sense in comes cases but for others it is fluff and gee-whiz versus something useful.  Now that the SDK has been released for Alexa, I think that we will see her arise as the interface of choice for some of those "Things".  I think telling her to turn on or off lights, to adjust the temperature, or report on security system status will be part of the natural evolution of the device.  Central control panels for the home already exist, Alexa can be the next generation of that.

I have divided my wish list into two parts:  Quick Fixes and Hard Fixes.  I have defined degree of difficulty based on my own technical experience and not with any inside knowledge of how the Echo works.  Indeed, what I label as Hard may actually be very easy and with the release of the Echo SDK there may be third party utilities that appear to handle all of these items from other developers.

Quick Fixes
Hard Fixes
Disclaimer:  I did not get my Echo for free (I did get the Prime Member discount which was available to anyone), I am not being paid by Amazon (or selling them ads), I am not excerpting this from any other review (surprised how many reviews I have read are primarily material from elsewhere), I am not going to repeat tech specs and marketing words (check with Amazon site for that), and I am putting this thing through its paces based on what I consider important and useful functionality.