Way Less Stars Than Are In The Sky, But Invaluable 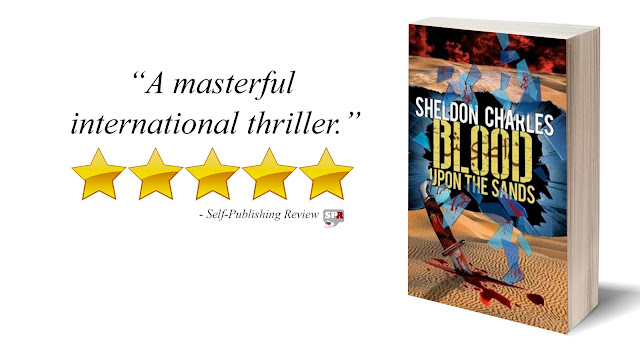 Regardless of what you do in life, somebody else is evaluating your performance. Even if you own the business or it is a family run business, and you're the one in charge, someone else is evaluating how well you are doing your job. Most people welcome an honest review of their efforts, as long as it is honest, and it is not placed on some kind of inflated grade scale. When I was in the Air Force, we received Airman Performance Reports (APRs) every year. You were graded on ten performance characteristics with a score of one to nine. The problem was, the scale had become so inflated that an eight was bad-- a seven could end a career. What should have been considered an average score, a five, would land you outside the gate by the end of the day. 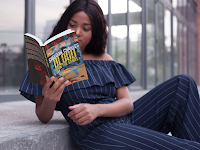 With the advent of the Internet, customer reviews have taken the place of word-of-mouth for finding high performing products. Most shoppers for goods on Amazon use reviews to help them with purchasing decisions. I usually look for the critical reviews of a product I'm considering and take time to read what the person wrote. Sometimes, it has nothing at all to do with the product but everything to do with the delivery or something else unconnected to the product’s quality. So, I look at reviews with a jaundiced eye. But how does this work for book reviews?

Reviews for my most recent novel, Blood Upon the Sands, have begin appearing on book sites throughout the realm. Most of these sites allow readers to review books they’ve read and also rate the book from one to five stars. Amazon provides no guidance as to what these stars mean.  If you go to Goodreads, they provide some guidance. The stars from one to five:  did not like it, it was okay, liked it, really liked it, it was amazing. Based on that scale, two stars would be average. Barnes & Noble defines their star rankings similarly using the words: poor, below average, good, very good, excellent. Barnes & Noble really doesn't have an average, so you have a choice of either being below average or good (two or three stars respectively). I could find no star definition on Smashwords. 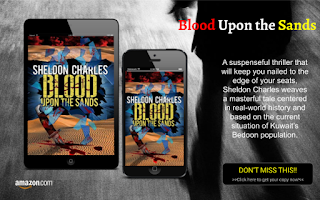 If I want to buy a book by a particular author, I buy the book. I could care less if John Smith from Fort Lee, New Jersey hated Dan Brown's latest book, it doesn't affect my decision to buy. However, if I'm interested in a book, maybe because of the cover or a  blurb I read, the reviews do come into play. But just like when I am buying goods, I read the worst review to see why they were given only one star. In a lot of cases, reading the review is illuminating.

Reviews from my book coming in, (taking a moment to brag):  Self-Publishing Review rated my book 5 stars for each of their three judged categories (appearance, editing, content) as well as overall.  In addition, the reviewer wrote a very nice narrative that talked about the various nuances and was complimentary of my style and story.

Once sales of my book started, I earned a Bestseller badge from Amazon and began to see reviews. My first 10 reviews on Amazon were all five stars. I’m a realist and didn't expect everyone to love my book, so I knew it would change. A few days later a couple of fours appeared. No big deal, especially if you took the time to read them.

One reviewer said she was uninterested because the book was set in the Middle East. Even though she spent more of her review discussing that than the book, in the end, she did say "engaging characters, perfectly choreographed action and smart dialogue delivered with practiced cadence. Despite not falling in love with the story, I know this is a well-written novel and lovers of political thrillers will eat it up." To me, it was a positive and honest at four stars. But because my book was no longer all five-star reviews, will it be left unread? I am unsure why, but the reviewer graded the book only three stars on Goodreads with the exact same narrative. Perhaps because on Goodreads three stars mean she liked it.

A different Goodreads reviewer said "great characters, a great plot, an interesting plight, most people haven’t heard of. All the things that make a great story..." Even with all the “greats” they only rated the book three stars because they felt the villain was over the top. (Note: In any book I ever write, the villain will be evil not simply bad.) I honestly had no problem with the review because the reader seemed to be sincere about what they were saying.  However, because of the inflation in the star grading system, it may cost me readers who don't look beyond the stars for why a reviewer rated it the way they did.  After all, some readers look for evil villains and there is none eviler than Maksim.

While these reader reviews were coming in so were the reviews from literary sources: 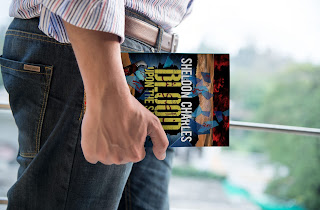 "…once opened, the action and events and premises are so compelling that pausing the experience is not likely. Highly Recommended--"
Grady Harp, San Francisco Review of Books

Yes, all of those had a rating of five stars, but I don't really have any idea what the scale of stars meant for their particular publications.

If the praise reviews are averaged against the critical reviews, my book still averages at almost 5 stars--- but I have to admit any less than stellar review hurts. The child of any creative effort is treasured by its creator regardless of what anyone else may think. It is impossible not to feel the pain when someone else evaluates your creation less-than-perfect even if you understand why.

What is the takeaway?

Don’t pass up what could be the best thing you’ve ever read simply because someone else downgraded the rating because they didn’t like the cover of the book.

I am at a level far below writers who have been producing work for years and are considered the best at their game. Stephen King is probably not upset Rebecca Harn rated his novel as one star because she thought the villain was over the top -- but she did and it contributed to a less than 4 1/2 star combined score for his book.

For right now, my book is rated higher than Stephen King's - but I doubt he is upset about that either.

Email ThisBlogThis!Share to TwitterShare to FacebookShare to Pinterest
Labels: 5 stars, Blood Upon the Sands, review, spr