A Chop, Chop Here & A Chop Chop There 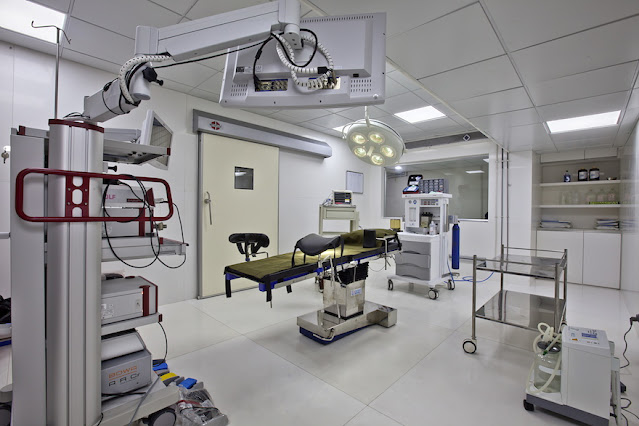 I’ve never been big on sharing health news. I consider such things to be my private information until I have processed it ... and by then it is history, anyway. This time is different since I discussed its approach before it happened. 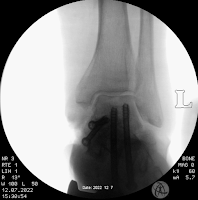 As you might’ve been able to tell, I survived my recent surgical adventure. Overall, it was a smooth experience. I showed up when I was supposed to, got checked in by a group of great professionals, got an assortment of drugs designed to make the experience pain-free, and then after being wheeled into an operating room that featured a table full of power tools, took a nap.

After waking up and getting dressed, I escaped the premises without feeling anything below my left knee thanks to an effective nerve block. A short while later, my phone notified me I had new implant information on my medical records app. How efficient — I checked the app and found the name, model, and serial number of an assortment of screws and wires that will probably be with me the rest of my life, along with the information on a graft injectable that was used. Odd feeling. The cyborg part of my life has begun. (Cue, power wrench sound from Devo's Are We Not Men?. 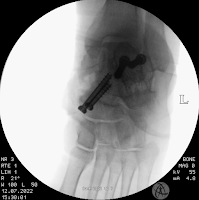 Over the last few days, the nerve block wore off and an assortment of pain pills I am taking in its place has ensured my anesthesiologist called a smooth landing. It has been, more or less. Getting around for the most basic things has required a little relearning and some mechanical help (crutches, a grabber, and a knee scooter). Per my ortho, it’ll be about two months before I am healed enough to use my newly rebuilt ankle to bear weight. That will be when I can figure out if this entire process was successful. 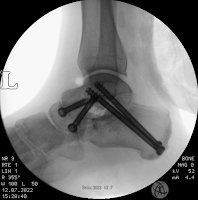 What started as an accident on the aft end of a C-141 that resulted in a fall out of the aircraft onto the tarmac in Guam has finally been fixed. Given that the fall occurred before most of the tech used to repair it existed, the delay was probably a good thing.

I didn’t run into any classmates from kindergarten this time, but Andrea was a much nicer nurse than any Army nurse I ever ran into. I guess there are tradeoffs.