A Little of the Small Stuff 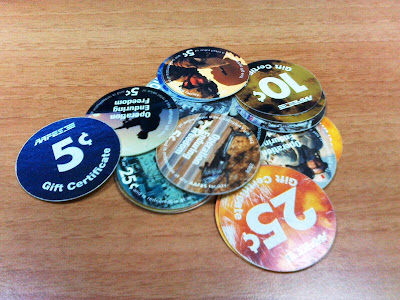 Some things that happen here are kind of minor in the bigger scheme of things but they still affect my daily life. When I was located in Germany in the 80s they had done away with the use of pennies to avoid the cost of moving them back and forth from the United States when necessary. So, all prices were rounded up for rounded down to the shore paying by credit card and then you will build the exact amount. Over here rather than transporting any coins at all, you deal with cardboard pogs for change. There still are no pennies, but there is no loose change to be accidentally carried into combat either.

A lot of people see these as more of an annoyance than actual currency and treat them rather carelessly or throw them away. On the other hand, there are people who run around collecting them from where they've been thrown away and trading them in for real money. Either way, it's just one of those things that I deal with on a daily basis.

On occasion, I read the local Kuwaiti newspaper. It is published in English and is available online for free. You can read it yourself here at the Kuwait Times website. Aside from reading the goings on in the Parliament there is a section that covers local crime. I hate to refer to anything where people are hurt as mundane but most of the crimes are similar to the United States. However, sometimes the way they are written about or just what is considered a crime here is funny. Here are a few examples:

Sheep Stolen
A citizen accused two thieves of tying him and his Bangladeshi guard up at gunpoint. They then stole sheep and a television set from his animal pen.

I told you before about the goat that got to ride in the front of the truck. He would be jealous to know about the sheep that had his own television set.

Citations
A police inspection car cited a police patrol car for obstructing traffic and parking in a no parking zone.

When have you ever heard in the United States of one policeman writing anther policeman a ticket. Especially when the policeman receiving a ticket was in a police car?

Theft cases
A citizen in Fahaheel told police that his car was stolen, after he left it running near a pharmacy. A theft complaint was lodged, and the car owner was cited for negligence.

His car was stolen and then he gets the ticket. That's adding insult to injury.

A taxi driver accused a passenger of stealing his ATM card and withdrawing KD 50 from his account. He said the thief may have left the country, because his last destination was the airport

I was suspicious from the moment I read this. If the passenger and stolen his ATM card why did he only take 50 KD (about $170)? Since the passenger was in the airport, why didn't the taxi driver go back and go to security there?  How did he hope to get the money back if the thief left the country?  I truly think that what happened here was that I lost 50 KD while playing cards and needed a way to cover it up so his wife wouldn't be mad. 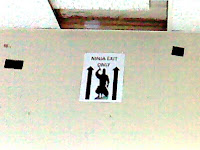 On Monday they came in the building to work on the AC and left the ceiling tiles open (you need a ladder to reach them).  Tuesday morning this sign showed up.  Ever since we don't have to fight off Ninjas who were crowding the other exits. 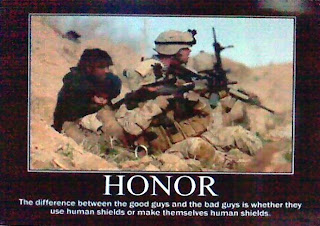 This poster is hanging outside the Chaplain’s office. A good place to find truths.

Anyway, that's enough of minor and mundane from here for this week. Temperature every day this week has been over 100° and usually reached 111° during the day.  Summer is definitely coming upon us fast.