Wonder If Noe Can Make That Green Jell-O Stuff 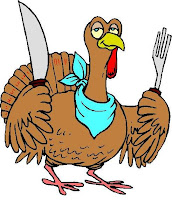 Thanksgiving is one of those holidays where my historical realities and traditions are a little different than a lot of folks.

When I was a kid growing up I ate many Thanksgiving feasts with my parents and brother in an Army Chow Hall or at the Officer's Club.  Once when we lived in Oklahoma,  my Dad was the sponsor for several allied students (from Ethiopia and Thailand) so my Mom prepared a full traditional American meal from scratch so that they could experience it.  To the best of my recollection that was the first time I had cranberry sauce with bits of fruit in it instead of the impression of the seam of  can.

I ate one Thanksgiving Day meal while doing a 50 mile hike up the Chisholm Trail with a group of Boy Scouts.  Our troop's meal was provided by the Chow Hall at Ft Sill that sent out a 2 ½ ton truck full of the meal with all the trimmings.  I still remember sitting around the campfire later that night as we passed around a shared turkey leg, told stories,  and sang songs. 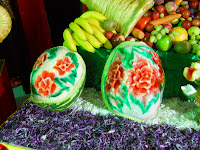 I have eaten a few meals in Air Force Dining Facilities (they were sensitive about the name).  It was an opportunity for the food service folks to show off and they did.   Several of those Thanksgivings I was on duty too in Germany, Guam and Missouri.

Some meals were family and friend gatherings.  Enjoying the company and all of those dishes that you only saw once a year.  My Grandmother used to make this green Jell-O stuff that had mini marshmallows and walnuts in it that was my favorite.  There were great deserts and trimmings that got snacked on all day. 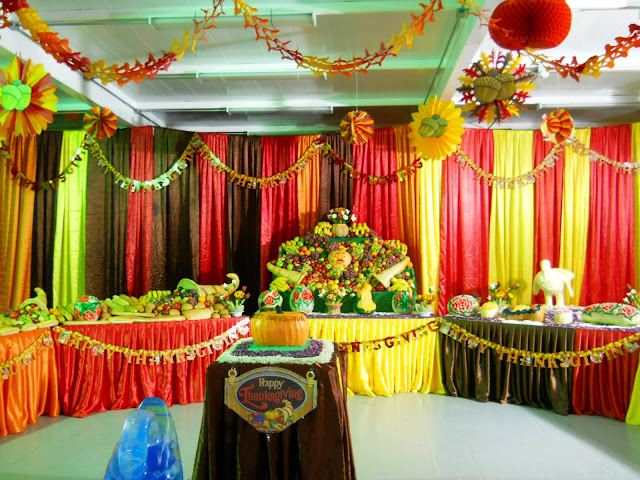 This year found me in Kuwait and having my dinner at an Army Dining Facility (DFAC) with about half of the folks from my shop.  We all met at the DFAC, and happily it was not too crowded and still had lots of good food.  For a few hours we forgot where we were and shared some memories of Thanksgivings past.  Aside from the standard decorations and food/fruit carvings each place setting included a letter or picture from an American school kid.    Mine was from Noe Rodriguez who is a 6th grader.  Can't tell based on the name if Noe was male or female,  but I was assuming female due to the little hearts above the 'i's .  It was a sweet letter thanking me for my service and wishing me a happy day.

So now I have a new Thanksgiving memory and someone else to be thankful for;  but I do wish I could have just a little more of that green Jell-O stuff. 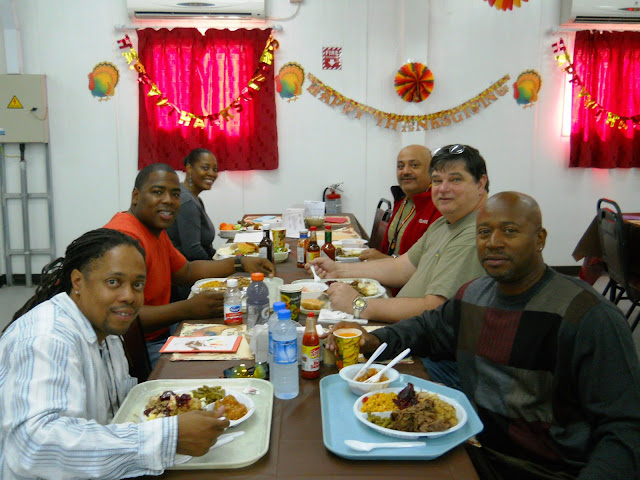