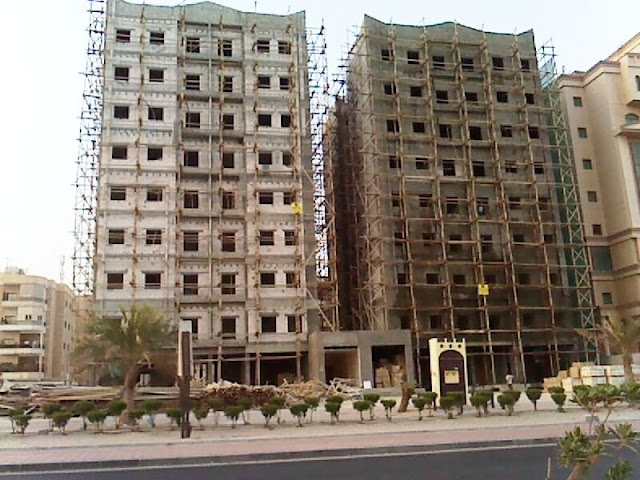 In Kuwait, a lot of the workforce comes from other locations. Those of us that are here from Western countries are referred to as expatriates. Those who come from Eastern countries, like India, Sri Lanka, or Pakistan are called Third Country Nationals or TCNs. TCNs do a majority of the construction and other manual and semiskilled labor in the country. That does not mean that the TCNs are uneducated or don’t possess higher level skills; but those are the only types of jobs available here for that particular population.

A lot of the TCNs are here under contract for a specific period of time, many are working without any days off during the entire contract and are sending a lot of the money they make home. At my old apartment, I was talking to one of the security guards who had worked 12 hours a day for the past two years without a day off.  He had another year remaining on his employment contract before going home. He was saving up money to get married when he went back to India.  These are the conditions that the employees agreed to when they come here, and in many ways it is the best opportunity that they will get. I am sure that they should be treated better, but I don't think the situation is necessarily evil. 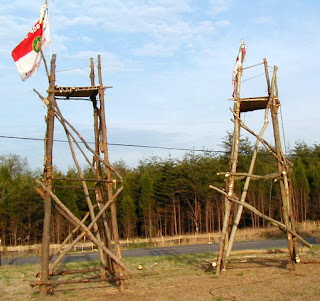 What amazes me about the TCNs I have observed in my time here is the fact that most are very frugal and inventive. If you ask a TCN to do something for you, they will figure out a way to do it. The picture above is of a building under construction here.   I passed by the building every day for weeks and until the day I got stopped at a traffic light I never noticed that the scaffolding outside the building was made out of 2 x 4s rather than metal. It is hardly inventive that they were using the materials they had available, but if you look more closely at the picture you will notice that that 2 x 4 scaffolding is lashed together. I learned lashing in the Boy Scouts but the tallest thing we ever built was a shaky 25 foot signal tower that would support at most three Boy Scouts at a time. They are using lashing to put together scaffolding that is over eight stories tall that is being crawled all over every day by dozens of workmen.  Amazing.

Next to my old apartment, there was a gutted out and deserted 15 x 20' building.  Over the period of a few weeks I watched as one man, working by himself at night, dug a pit in the floor, laid a new concrete floor, and renovated the entire space turning it into a car repair garage. Once he was done and operational, I observed as his business grew every day.  Before I moved he had two assistants working with him and customers lined up around the street. It was interesting to watch this occur and you cannot help but admire a man who built his own future.

One of the folks I work with always said that he wanted to take a few TCNs home with him to do some household renovation and then he would start a business with them as employees for general household repair and contracting. His thought was that they were more dedicated and inventive that a lot of the construction people that you run into in the United States. He is right, to some degree, but a lot of the reason why the TCNs tend to be as productive as they are is that the only rule they obey is that you will do what the boss tells you to do. This means overcoming any obstacle and figuring out how to do the hard stuff. Of course, they are nonunion.

When I reflect on what is going on here, I am reminded of how immigrants became successful in the United States over the course of decades. They worked hard and did what was needed then reaped the benefits of their efforts. There are lessons about renewing that kind of innovation and ambition that could be learned by the current generation of my countrymen.

By the way, I got moved into my new place just fine and will talk about it next week. Falkor likes the house okay but misses all the stray cats that he used to get to bark at.