In The Tens & Vertically Challenged

I have spoken before about the way soldiers deal with tours or duties they consider a hardship.  Every month, then day, then hour is counted down until it is over.  A few days ago I realized I had become a two digit midget.  This means I am under 100 days from departure and I have started to do things to prepare for that eventuality.   This is also referred to as being short.

GIs are allowed to get shortitis, but not those of us with leadership jobs.  We have to keep things going or they would not happen.  The importance of what I do will continue after I depart – I have to keep it in motion until my replacement arrives.  I once had a Commander tell me that a leader only gets to feel short when the plane lands and by the time the plane taxis to the terminal they have mentally assumed their next assignment.

I only ever had one short timer calendar, when I was in Guam, but I found a few on the web from some places where you could really appreciate one – like Iraq and Cam Rahn Bay.  Most of the ones I saw were based on the female form, but remember it is only recently that large numbers of women have been allowed to serve in the more austere locales.  Here are a few samples: 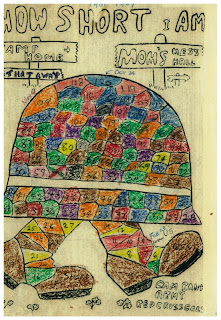 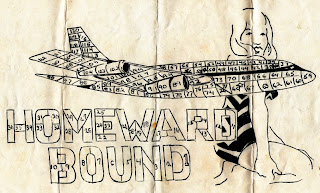 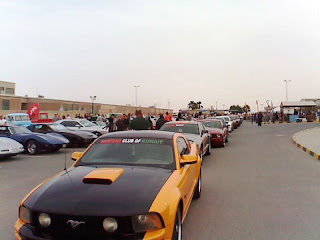 I had gone over the BX on Saturday in order to pick up a few things for an upcoming trip, and when I got there I found the parking lot full of vintage automobiles and motorcycles. I guess I don’t often think about it much, but American cars tend to get around everywhere in the world and those who own them for a long time or restore them tend to be very proud of their possession and are eager to show it off whenever they can. 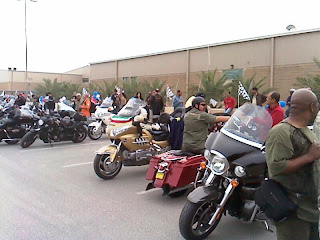 So here are a few views of that show. By the way, there are things that trigger homesickness and me as I go through the days here. But I will admit seeing all those motorcycles and cars built for speed made me really miss being at home and being able to get out on that highway and roll it on. Two wheels and a broken white line – – that’s how I roll. 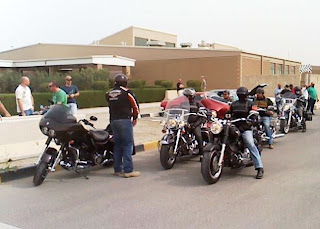