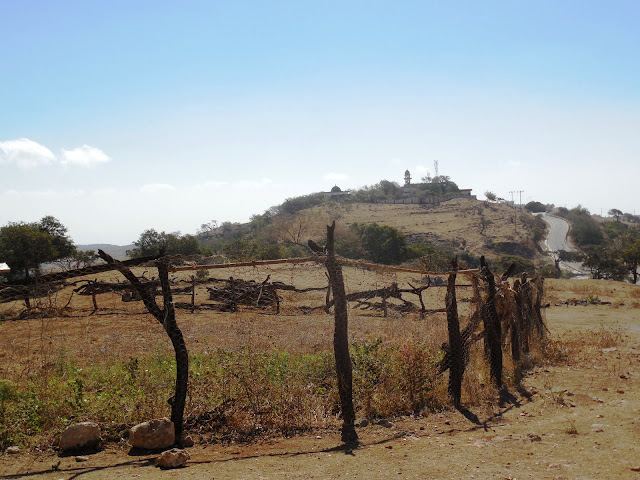 For the past week I've been fortunate enough to be in the Sultantate of Oman. It was vastly different than anything I expected, although I had heard how pretty it was because of how green it is – – so I kind of expected that. At first I was a little disappointed because I was used to seeing the opulence of places like Dubai and I almost expected something along those lines. I went to Salalah, the southernmost large city in Oman, because the other large city is in the north and is also the capital of Oman – – perhaps it looks more like Dubai. 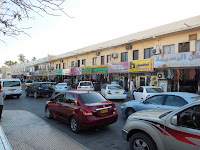 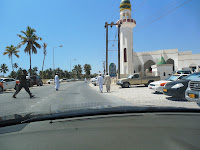 Salalah is a medium-size city that reminded me of like sized cities in the Midwest. The buildings weren't overly fancy but they were well-kept.  It was easy to find my way around, even though a lot of the streets were never intended for use by automobiles. It wasn't until I was almost leaving that it occurred to me what was so different about Oman as opposed to other places I've been to in the Middle East.

Kuwait and the United Arab Emirates are filled with third country nationals (TCNs) and it is almost rare that you meet citizen – – in Oman most of the people I met were citizens and although they have a large population of TCNs, they don't seem to treat them as a third class but just another member of the workforce. That could be a misperception of my part because I was only there for a week but because so many of the people that I met were Omani and because all of them were both friendly and welcoming – – I felt very at home very quickly.  It was nice. 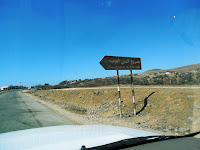 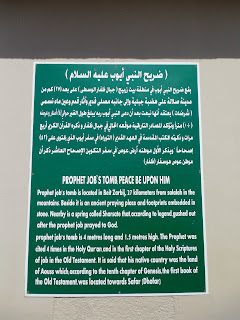 Because I was brought there for a specific mission I didn't have much time to look around, but I did make it to one very interesting place and that is the tomb of Job. Yes, that Job.  To the Muslims he is known as Nabi Ayub and in their faith he is considered a prophet.  At first I was a little disappointed when I got to the tomb because it appeared to be so plain and not built up. But as I sat there and remembered the story of Job from the Bible – – his challenges and how he never lost his faith – – I thought that the tomb was most appropriate for the man that he was. Other remnants of that book of the Bible are also in the area. 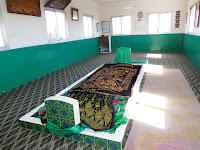 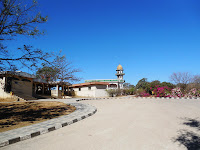 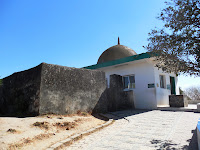 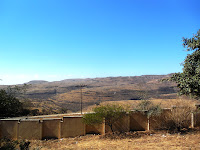 On my way to the tomb, I ran across a man who was walking to camels along the road. I pulled off the road after I passed him in order to take some pictures of the scenery. After a few minutes I heard a call from behind me, "How are you?"  I turned to see the man with his camels and I responded that I was fine asking him how he was -- to which he just waved.  I walked towards him with my camera and asked him if it was okay if I took a picture of him with his animals, his response was "How are you?"  So, I then asked him if he spoke any English besides that sentence and he responded "How are you?"  Not wanting to upset him if he had some objection to me taking his picture I let that opportunity pass and shook his hand wishing him a good day and as I walked away, he called out from behind me "How are you?" while waving farewell. 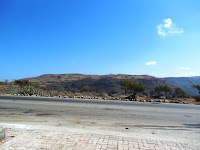 As you can see from these pictures, the terrain in Oman is much different than that of Kuwait. Those are mountains that you're seeing in the distance and yes, the sky was that blue. If you see people in the pictures, you'll notice that they wear their headdress quite differently from anywhere else in the Middle East using more of a turban style wrap or they wear little circular hats without a brim that look sort of like a short fez – or a Scottish Rite hat. 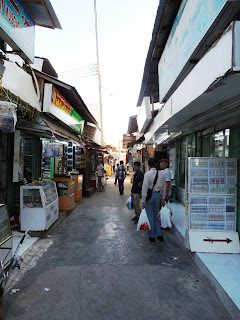 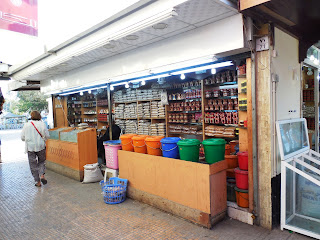 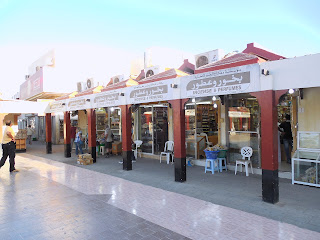 Another place that I went was a souk located in the middle of the city where perfume and raw frankincense was sold.  I was not aware until I did a little reading that Oman is known as the perfume capital of the world. Not so much the kind that you might buy at Macy's, but the kinds of perfumes that are made from frankincense. The smell of this resin when burned is quite pleasant and you can smell it almost everywhere in the Middle East as is often burned out of tradition. 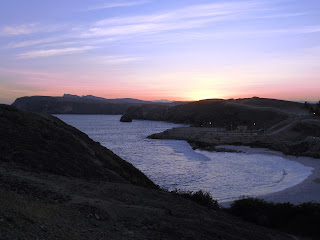 Near the Port of Salalah is this small bay. I thought it was quite beautiful every time I drove by it -- then one time I was lucky enough to catch it at sunset and could see how truly beautiful it was. Just past the port was a restaurant called the Oasis where I had dinner with some of the folks who I was there to support.  The highlight of my last night there, was getting to try one of their specialties which was a Whiskey Milkshake. It is just what it sounds like, with whiskey being the primary ingredient. Since the bar tended to be patronized by British ex-pats, they usually used Scotch but I had mine made with good old American Bourbon. It was actually very tasty. 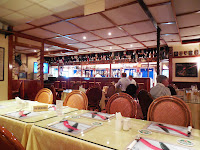 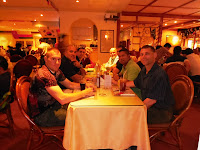 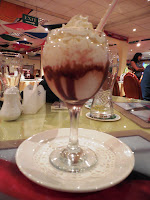 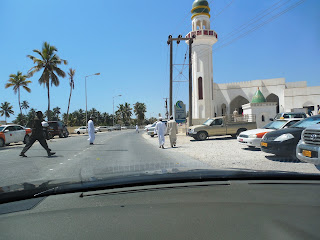 There was a mix-up on my return flight, so I was left stranded for about 8 hours. I was able to use the time to explore the city some more. Since it was Friday, very little was open but as you can see the views were fantastic and you never can tell when you're going to find something interesting.  Apparently the shop will take care of both dentistry and circumcision.  I'm not sure you would want to combine both those into one appointment, and I would be more than a little leery if the same guy was doing both procedures.