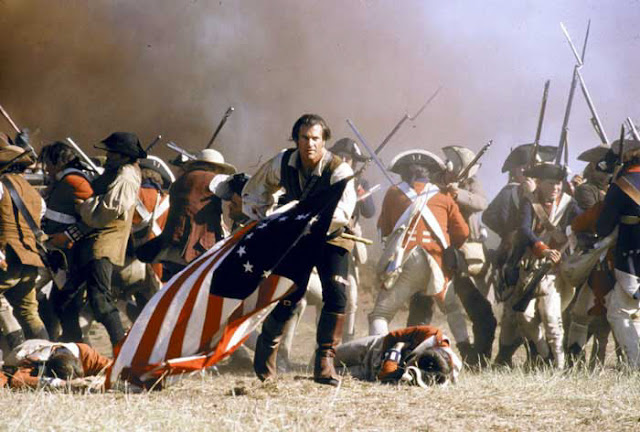 Saturday night I got off work and for some reason I happened to walk out of the building right when it was time to take down the flag for the day.  If you have not been on a military base when flags are raised and lowered, it happens without fail twice a day it is always preceded by a bugle call which alerts you that is about to happen. When the bugle starts the world on the base, at least the world outside the buildings, pauses.

Vehicles stop where they are on the streets, quite often the driver will get out of the vehicle and face the flag or the direction of the music. Pedestrians and workers who are outside will stop, turn to face the music, and bring themselves to attention. At this point either Reveille or Retreat will be played and those in uniform are salute the flag. Since I am a retiree now, and thanks to an act by Congress about seven years ago, I have the option of saluting as well. Then while the music is played, the flag is raised or lowered and at the last note of music you drop your salute and continue on about your business. 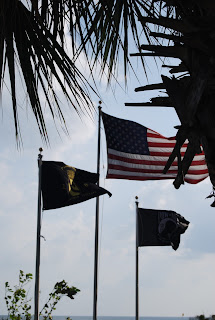 The unique thing to me is the fact that everybody stops during those two times a day and has a chance to take a pause to remember why we are here, wherever here happens to be. Ever since I put on a uniform, seeing the flag raised and lowered has taken on a special meaning. It is not that I did not know symbolism of those actions before, as a Boy Scout I participated in many flag ceremonies, it just took on a different meaning when I was the person in uniform charged with protecting and defending the Constitution of the United States of America.

More so than just patriotic feeling, or the remembrances that I have during those few moments when the world is paused.  I think about those I have known in uniform who served faithfully with me and are no longer here for one reason or another. I think about all the places that I have served that were outside of the United States ---  those places that for some reason we as a people decided were worthy of our protection and worth the risk of spilling the blood of our sons. I think about all the times that I've spent far away from home doing something that I have always felt was justified and worthwhile. Even though there were times I questioned the wisdom of what we were involved in, I never doubted that in the end some righteous cause was being served. 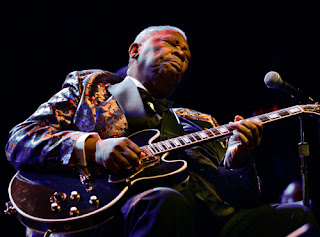 It is easy at these times to open myself and allow my spirit to be taken to a place that is not happy or joyous but tends to be rather blue or melancholy. I've never been one of those who feels that we were ever supposed to be happy all the time, there are events in life that will always get us down but even if we bring ourselves down by remembering things and events in our life that were less than joyful this is not a bad thing. To me it is how you keep in touch with the root feeling of who you are – – it reminds you that there are things of value that were part of your life that are no longer there for one reason or another.  You must allow yourself to wallow in times that were lonely or sad and therefore caress the human side of your spirit. I think that Americans spend too much time trying to ensure they are continually happy when allowing themselves to indulge in a blue mood now and then would actually make them appreciate happiness more and make them well-rounded individuals. All those blues songs were written for a reason – – listen to the lyrics, allow the music to bathe you, and enjoy the down feeling for a moment or two.

After Retreat was over I continued my walk to my car and upon climbing in whipped out my iTouch and played a Merle Haggard song from long ago that was always filled with deep emotion for me. Silver Wings has never matched up with anything that ever occurred in my life, but when I was a young Airman in Germany it was a song that was always played at going away parties.  It became one of those happy to be blue songs that somehow work themselves into your collective consciousness even though the lyrics of the song in no way match the event that you pair with it. There was also another song about waitresses, originally by The Popes covered by every bar band in Europe, that holds a lot of memories as well but of a totally different kind.

So with that start of the evening, I went home and walked Falkor and then sank into my recliner and watched several old movies that allowed me to deeply sink into the funk that had started a few hours earlier. I pondered memories of other times and other places allowing them to gently dance across my psyche.