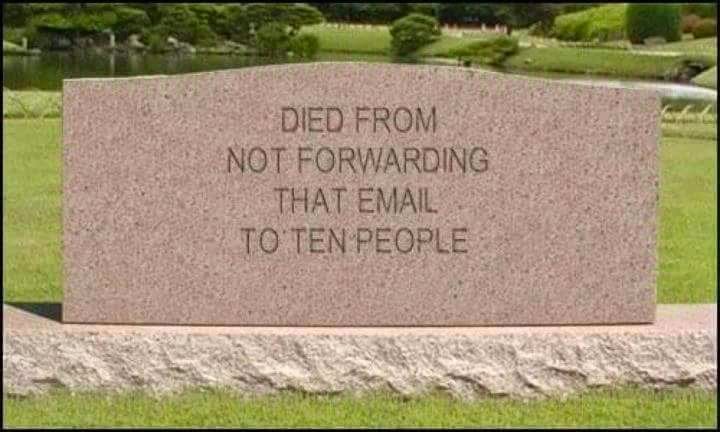 As you go up in years, death becomes part of your life.  With each passing year, people you know, people you have heard of, and people you are related to start to pass on.  That is just the way life goes.  Of course, if you are the one who dies, you tend not to hear or worry about it anymore.  There have been a lot of articles and stories in the past few weeks about what happens to your on line presence when you die.  Some companies are considering letting you name a successor who can take over your accounts in the event of your death – the thought of that reminds me of something Teller (of Penn & Teller) once said:  “When I die, blow up my laptop”.  There is some wisdom in that, but what about all the stuff you have posted on line?  Do you want it destroyed or should it live on in a digital form of immortality?

When my Mom passed, my Dad left her voice on the answering machine for a long time.  At first it was a little unnerving to have her voice talking to me when I called, but then I got used to it.  Eventually, I found some comfort in hearing her voice now and then.  I am not sure why my Dad eventually changed it,  but when it did it felt a little like I had lost her again in some way.   I realize this is low tech compared to where we are now,  but why not let people go on living digitally?   Wouldn’t it be nice to be able to reach out to a friend who has passed and see something they wrote or recorded from time to time?

I am not suggesting that this apply to all on line accounts.  It would be creepy and heartbreaking would it be to finally be matched with the perfect soul-mate on Match.com or Farmersonly.com, only to find out they have been dead for a few years.  But for things like My Space, Facebook and this blog – digital eternity has a certain utility and warm feeling about it.  For example, you may have read something on this blog today or yesterday that made you laugh or think, but while you were doing so  -- did it ever occur to you that I might no longer be around?  Does it matter?  Would you have enjoyed it less?  Even better, if something I wrote made you angry -- too bad – it is hard to argue with the dead.  Haters matter less to the dearly departed,  it is the ultimate “Nah! Nah! Your words don’t hurt me!” or even better "Dude.  Are you really arguing with a dead guy?"

I am not sure what all the online companies might do with all the content that exists once people pass on, but should it be any different than what book publishers have done for years?  Hard print publishers keep printing an author’s books as long as they sell.   But think about it this way, you no longer have to be a member of a select, judged and approved class to have your voice heard – maybe forever.  On any given day thousands of humans write down or record what they feel and turn it loose into the digital stream.  How wonderful is that?  In the past you might have only gotten the viewpoint of only one or two people about an event, now you get hundreds,  and not all of them agree – that to me is the best part.  Who knows,  it may have been some guy on the grassy knoll.

Maybe a litmus test for keeping things around could be once no one has accessed the site for 500 years, it dissolves (literally) into the ether.   Thinking about it under that set of rules might lead people to be more careful and the same time more thoroughly think about what they say.

There are many great things that John Lennon did during his life, among them was recording and filming a lot of the most common events in his life as they happened.  Now 50 years later we can still see those things and appreciate how the genius he was handled day to day living.  We can feel connected and appreciate the simple wisdom and beauty of his life as we do his music.  Because he was well known and famous these things he left behind will exist forever.  For me, I would love to have access to similar information and personal remembrances of my great grandfather.
The problem is he lived most of his life before such capabilities existed.  But what would my great grand-daughter think?  She might want to read a blog entry I wrote way back on 15 February 2015.  I hope Blogger keeps it available for her.