...and In the Winter, There Were Wizards 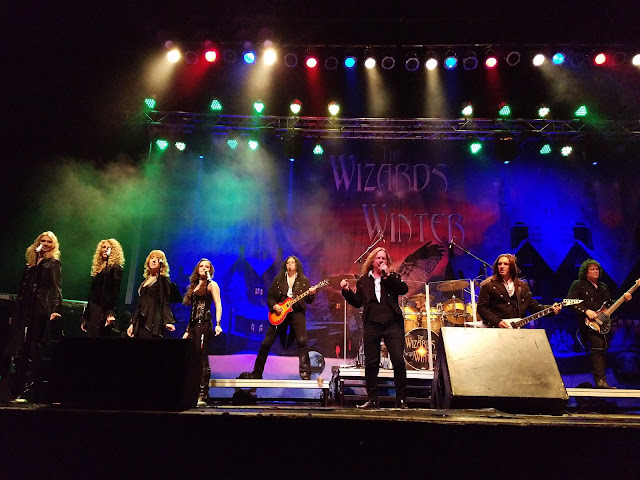 Ever since I discovered the music of Trans-Siberian Orchestra I really enjoyed the group and their style of electric classical.  Having seen them several times to live, and being unable to see them for a variety of reasons for the last two years, I jumped on the chance to pick up tickets for the Wizards of Winter who were performing at Kalamazoo State Theatre.

The Wizards of Winter are a group of playing a similar style of strong Classical and Progressive Rock and since the concert was in December I made the safe assumption that it would include a Christmas style program similar to TSO.  The band even boasts of having several former members of TSO (Guy LeMonnier and Peter Shaw) as part of their current lineup.  Given the more intimate and close setting available in the State Theatre, I was hyped to go to the concert. 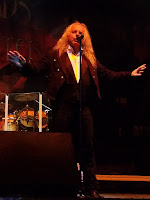 Overall, I really enjoyed the concert. There are specific things about different performances that were less than enjoyable and I will get to those in a moment, but as a group the show presented was tight and well-rehearsed. The music and segues from song to song showed a great deal of attention to the kind of story they were trying to tell and showed off the skill of Scott Kelly the music director.

One of the most beautiful voices that I heard during the concert was from Sharon Kelly, who in addition to playing flute also had several solo performances that were outstanding. The perfect voice that matched the songs being sung. 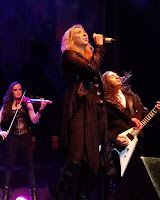 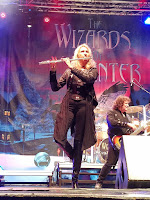 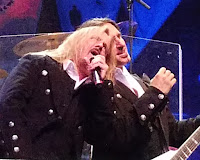 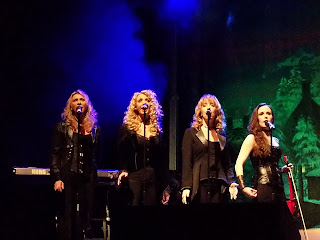 Likewise, vocals presented by Vinny Jiovino, their tenor, were also note for note perfection.  Whereas Mary McIntyre, keyboardist, had a lovely voice I don't think it was strong enough for several of the songs that she was attempting. Not sure if the problem was sound mix or the dynamics of her voice, but it was not an appropriate match of voice to song.   Shawna Marie provided additional background vocals, she was fun to watch perform because of her facial expressions and her beautiful smile. Her voice was sweet and harmonious. 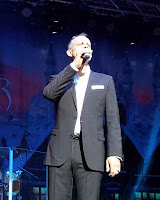 Guy LeMonnier, lead vocals, had a very strong voice and his performance was just fine. However, he didn't appear to meld as part of the group.  To start with, he wore a suit versus the similar style black Steam Punk jackets that the rest of the band wore. Also, his jacket was not black, it was charcoal and had a white pocket square.  LeMonnier also seemed to be putting forth some sort of attitude that he was different or separate from the rest of the group. Perhaps I was misreading this, but that is the way it came across in almost every number. I think the reason why it stood out so much was the fact that the rest of the group seemed to be perfectly matched and he seemed to be the odd man out.

On the musician side:  Tommy Ference, Drums aka T4 -- indicating he was the fourth drummer with the first initial T, did a great job of keeping the rhythms driving and forceful.  Over the summer, I had seen Greg Smith on bass guitar at least twice at DTE Music Theatre with various groups. He was not a dancer like a lot of the bass players I have seen in the past year, but he did have a great guitar face and was playing one of the first five string bass guitars I've ever seen life. He was driving at and fully into the music. 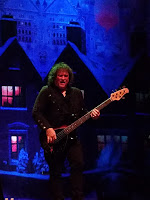 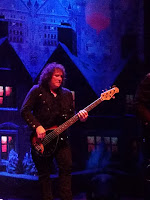 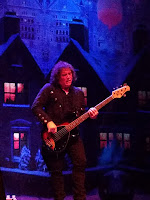 Fred Gorhau and T.W. Durfy supplied the heavy metal style guitar riffs that was the key factor in most of the songs performed. Both the excellent job, I just wish the sound mixer had cranked the guitar a little more so that you could hear those solos good and loud. Durfy, BTW was also known as Pantene Guy -- take a look at the photos you can tell why. 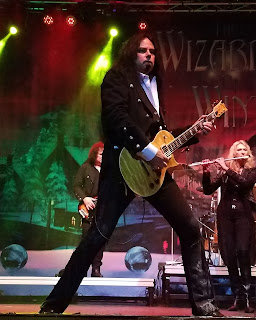 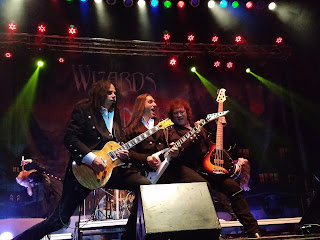 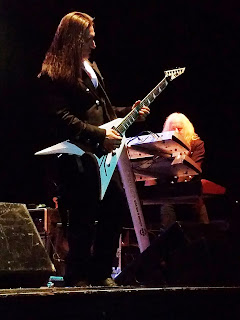 Jenn Hamilton was the most fun to watch during the entire show. Apparently, this was her first year with Wizards and she was having a blast performing. Her smile was genuine, as were her body motions as she moved along with the songs and laid into the violin during her solos.  I've noticed that with TSO they seem to rotate violinists every season, for Wizard's sake -- I hope she stays around for many years. 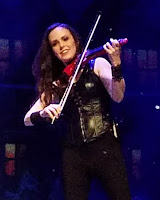 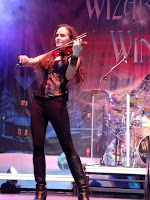 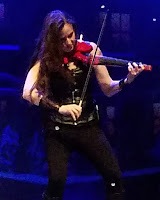 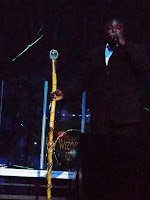 Tony Gaynor was the Narrator, his voice was a nice argument to the music being presented and he also participated supplying some backup vocals at various times during the show. WoW gave their narrator a staff that was topped with a lit snow globe to hold during the show -- nice touch.

Again, I really enjoyed the show and thought that it was a nice augment to my holiday season. 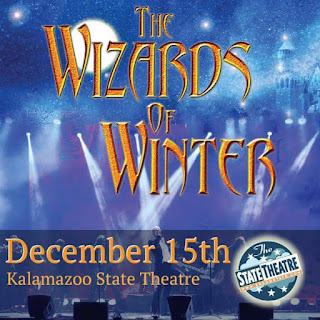 The Kalamazoo State Theatre is the best venue in the state.  Nothing more needs to be said.