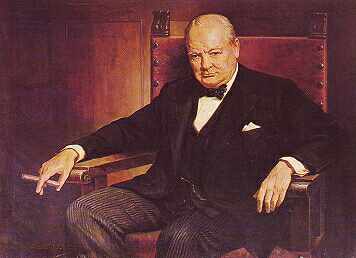 I was watching an episode of The Crown recently when the subject of personal vanity came up. By the way, great series that I highly recommend.  The episode that brought the issue to light dealt with aging Sir Winston Churchill who was having his portrait done by Graham Sutherland. Churchill was about to turn 80 and Parliament had taken up a collection to have a portrait done as a gift.  Churchill was openly concerned that the artist treat him with kindness versus having a picture that was “too truthful.”  In other words, Churchill was hoping to have his age softened and covered up by the artist’s brush. Sutherland was a modern artist and as such was seeking to paint not only the visible but something more profound.

When the portrait was unveiled on Churchill’s birthday (live on the BBC), he was visibly appalled and later in private, argued that the artist has publicly insulted and humiliated him.  The artist countered that the portrait was an homage to wear of the man after spending a lifetime in service to his nation through some very harrowing times.  A testament to the accuracy of the portrait came from his wife who had said during the process that the likeness looked "really quite alarmingly like him".  Churchill had the painting at first hidden, and then later it was burned (rumors abound as to who directed it, did it, and how).

What you could see in the dramatization was that it was Churchill’s own vanity that had lurched forward regarding the portrait.  The vision he had of himself as the strong, lion of the British Empire had been shown to be in the winter of his life.  Tired, showing his age defects, slightly slumped and imperfect.  Even though many likened his pose in the portrait to that of the Lincoln Memorial, where the artist tried to make it seem as if Lincoln was about to rise to action, it is easy to see Churchill’s pose as almost lolling in the chair, exhausted.

After seeing that portrait, I was reminded of a portrait I saw of President George Washington which was
on display in the George Washington Masonic Memorial in Alexandria, Virginia.  It was done in 1794, five years before his death, and he sat for it as a gift to his Masonic brethren.  The portrait was done in pastels by William Joseph Williams.  According to the tour guide, when the artist offered to smooth out his wrinkles, remove scars and imperfections, to include the mole near his left ear, Washington told Williams to do a faithful rendering of the man seated before him and not someone imaginary.  If you look at the picture, you can see his slouched shoulders, 5 o'clock shadow, scar on left cheek, smallpox scars on his nose and cheeks, and a mole under his right ear.  Washington accepted his fallacies and did not expect them to be hidden.

I spent time reflecting and comparing Churchill and Washington’s vanity to my own as I grew older.  I will admit that I avoided changing out the lights over the bathroom sink form incandescent to LED because LED has a tendency to be a little too revealing.  I am used to seeing me at 28 or so me in the mirror versus me at my actual age.  So, I braced by myself, put on my reading glasses – if I was going to do this, I did want a good clear image -- and then confronted the mirror’s image of me as I am today.

There are lines around my eyes and mouth I did not think I had, but I am glad to say that more are caused by smiling and laughing than from frowning or the grimace of suffering.  Gravity has caused a bit of sagging here and there.  There are a two chicken pox marks from when I was 8, I guess I shouldn’t have scratched.  I still have scars from a car wreck when I was 19 and from being hit by a brick when I was 8. My forehead and between my eyes also have lines – thinking too hard or worrying too much?  Who knows.  My facial hair and eyebrows both contain a smattering gray, even though I start dying it a year or so ago. 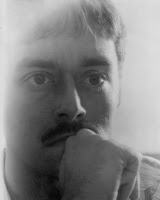 Yep, the guy in the mirror is not 28, but he is not beat down or used up either.  The lines I carry are from the life I have lived with scars from various events that shaped me in their own way.  My eyes are clear, and bright and even while performing this brutal inventory I managed to keep a smile on my lips. 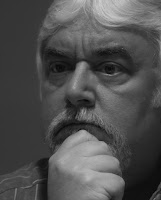 Way back in 1985, I took a self-portrait with my 35mm Pentax, using a pile of books as a tripod and shooting my reflection in a wall mirror.  It was an ultimate selfie because not only did I take the picture, I also developed the film and printed the photo myself.  A year or so ago, I captured the same image again, this time using a digital Nikon and a real tripod, but still using a mirror.  There are changes between the pictures, no doubt. But I like to think the same inner spirit within still shows through.  Maybe I will make this portrait exercise an annual event.


Sir Winston Churchill is worthy of admiration for many great talents but is also admirable for at least one vice.  By becoming aware of his vice, I could make an assessment of myself before the changes of age were so drastic that I shocked myself – as the Sutherland Portrait did him,  It also allows me to guard against seeing it as a degradation of my life rather than a representation of the good things I have experienced.

I have never considered myself handsome in any kind of a Hollywood way, but I always thought I was attractive in my own way. I guess I still am, even after a good honest look at myself. So, no need to burn the current portrait or to kick me out of bed either.