Even Cowgirls Get The Blues, You Should Too 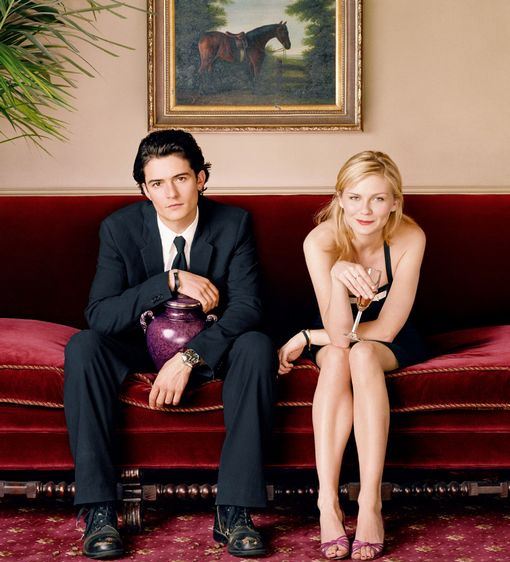 I have heard that more antidepressants are being prescribed every day, than the day before. It isn't the people are any more depressed, although I think some of the increase may be improved diagnosis methods for depression, I think it is that people expect to be happy all the time and by happy I don't mean just not sad but actually feeling jubilant.  I am not in any way making light of severe depression or the people that have it -- I am talking about that occasional feeling of blues or ennui we all get.  I don't believe it is in human nature to feel happy 100% of the time; in fact, I think it is harmful to not feel anything except happiness.

Setting aside the wonderful music that people feeling less than happy has given us, like the Blues or melancholy classics, would there have been any creation of the wonderful tales and poems of Edgar Allen Poe if he had not felt anything except happiness? The Taj Mahal was built as a memorial to the sadness one man felt at the death of his wife – – suppose he had never mourned, would it have ever been built?  Inventors and engineers creating things to prevent accidents and failures usually have a basis for inspiration in something tragic that is happened. It is how they work through their sadness and back into joy. Would we have seen such marvels if everyone just took a pill when they felt down? 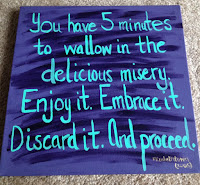 I don't consider myself someone whose writing is considered earth-shattering, but recently I was looking back through several entries in this blog, and I came across a few that were actually based in sad memories and feelings I was having and wrote about. It served two purposes, it let me share those feelings publicly with people who may be had not found their own voice for their melancholy thereby finding some relief, but also, in the end, I found I had written my sadness out rather than allowing it to stay inward.

One of my favorite movies is Elizabethtown -- if you haven’t seen it, great chance romance story, I recommend it.  In the film, Drew has just had a failure of epic proportions, and at the same time, his father dies. He then meets Claire, who is more a force of nature than flight attendant and at a pivotal point in Drew's blues -- she sends him on a guided journey (with soundtrack) across the country.  The journey's purpose is for him to learn to feel and see sights based on things she feels strongly about.  The trip is actually self-indulgent in that it allows him complete immersion in feeling sorry for himself but at the same time shows him new and beautiful things that are meant to let him to heal. Claire also says what I consider to be one of the most memorable lines from the film that also can serve you well in real life: 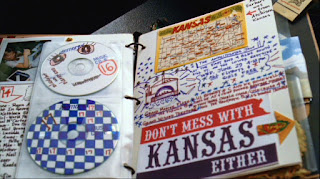 “I want you to get into the deep beautiful melancholy of everything that's happened.”

She wants him to indulge in the sad feelings that he is having rather than trying to immediately drop and get over them – – she knows that somewhere in that deep beautiful melancholy is redemption.

By the end of the journey, when she guides him to a place where she is waiting – – he is ready to proceed and embrace true joy. From time to time, I am on the highway passing by Elizabethtown, and I am always tempted to take the exit and allow myself to take Highway 60B.

Life is meant to be a journey of ups and downs, not a mediocre level or only joy existence. It is the downs that make you appreciate and enjoy the ups.

After all, what good would a wonderful Taco Tuesday be without a blue Monday, Monday?