A Majority of Students... Aren't 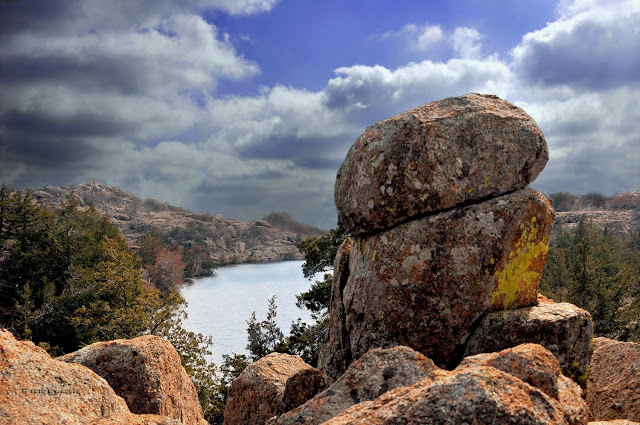 Preface:  Over the course of my life I have had some really fantastic teachers. This includes not only formal classroom teachers but also informal who have passed on their knowledge outside the classroom. In my entire life, just one teacher brings out negative thoughts, not only to what happened in the school but her abusive personality in general. Whereas this entry is about one specific instance that occurred, there were many over the course of the school year which led to not only an unfavorable opinion of her but of the subject she taught as well. One bad teacher out of hundreds is really not such a terrible percentage after all.

My seventh-grade year was somewhat traumatic, as it was for lots of folks. Mine was a little more so not only because it marked an end to my parochial education but because of my seventh grade English teacher at Central Junior High School in Lawton, Oklahoma -- Mrs. Terry.  Note: St. Mary's and San Carlos (Monterey, California) were Catholic schools that provided me with terrific tools that served as a basis for everything that came afterward.

Coming from Catholic school into a public school was tumultuous because whereas most people had been together since kindergarten only five of us had made the transition from St. Mary's to CJHS. As a result, from the first day, I felt like an outsider. My one respite was a substantial involvement in Boy Scouting.  It provided me with a break from what I was dealing with Monday through Friday, and at least two times a month the troop went camping at the nearby Wichita Mountains Wildlife Refuge. All of this background is just setting the stage, and not really the point of this particular blog entry.

One day, Mrs. Terry announced that has part of our studies on correspondence we were going to be required to write a persuasive letter to our state representatives. Having not been in a seventh-grade classroom in a long time, this particular assignment may no longer be part of the curriculum. This particular letter was not authored by me or anyone else in the classroom. Except for the personal return address, Mrs. Terry provided the exact verbiage we were supposed to use for the letter, as well as the required format. She told us that she was going to take all the letters, once we had finished, put them in a large envelope and send them to the statehouse to see what kind of response it would garner. When I read the letter, I immediately disagreed with its message.

The letter Mrs. Terry had penned asked that the state representative support an initiative that would change the Wildlife Refuge from a publicly run entity to one that was contracted out. Along with that contracting, it forcefully requested the entire park be changed from primitive style camping to paved campsites that included full hookups. At that point, having spent over a year in that park every other weekend and enjoying the primitive style camping that is offered, I was in total disagreement with this letter and took objection to it. 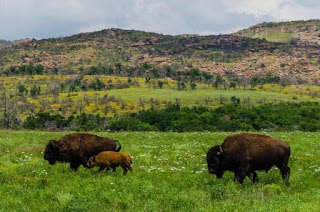 My parents suggested going to the teacher and expressing my disagreement. To this point, my dealings with the teacher were far and few between. She was not the most approachable human being, and the stock answer for any disagreement was -- Well I'm the teacher.  During my conversation with her, I expressed my difference of opinion with hers regarding the future of The Wildlife Refuge.  Surprisingly, she listened and nodded while taking the position that more people would enjoy a park that was overbuilt and had such conveniences as water, electrical, and sewer hookups for recreational vehicles. I was told to complete the assignment as given, with the verbiage provided, because she was the teacher.

Going back to my parents, I told them that I was going to refuse to do the assignment at all and just take a failing grade. Because my parents hoped one day to send me to medical school, they called the school principal and express their discontent.  This led to an announcement in the middle of class that Mrs. Terry would allow anyone who disagreed with her methodology to edit the text of the letter, as long as the word count remains the same and it was grammatically correct. As she said explained this, she walked over to my desk and stood next to me.  Mrs. Terry then informed the class that this accommodation should make it unnecessary for anyone else's parents to call the principal about her teaching methods. Upon finishing, she paused and stared at me, then waited until everyone in the class was also staring at me.

When I composed my version of the letter, I argued against contracting out the wilderness space and converting it into a civilization campground. To fill up space, I also discussed the various places where I'd camped inside the refuge; at the time you could camp anywhere in the park as long as you were within one mile of a bathroom facility. I talked about enjoying swimming, hiking, and rock climbing.  I also mentioned watching the buffalo and prairie dogs that lived or wandered near the campsite. In the end, my word count was exactly the same and since automatic grammar checking had not yet been invented – – I contacted my sixth grade English teacher and asked her to review the letter.  She marked it up, and I corrected the issues before giving it to Mrs. Terry.

A week or so later, Mrs. Terry passed out sheets of paper with the letter grades of the assignment on it, mine was a C-. When I asked why she informed me that I had not only missed the word count but there were significant grammatical errors in the paper. Being the independent-minded young man, I was, I stupidly asked if I could see what mistakes were on the paper. She was incensed that I would challenge her this way.  She explained that the original documents had all been sent to the statehouse, so she did not have a way to go over the actual document with me. I would just have to take her word on the grade – – because she was the teacher.

Time passed, and a letter came in from the Oklahoma statehouse. The representative praised my letter and agreed with me that the Wichita Mountain Wildlife Refuge should be contracted out and civilizing the entire area was part of his plan for the future -- he was convinced after receiving so many letters precisely like mine. To this day, I'm unsure if my letter was sent as written, or of Mrs. Terry took the time to rewrite it before she sent it.  More than likely, the representative read the first letter and assumed they were all the same due to whatever cover letter Mrs. Terry had placed on the stack before sending it. What disturbed me then, and still disturbs me now is the fact that because of this assignment, I was seen as supporting something that I opposed. 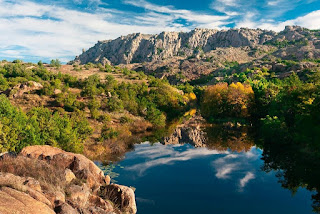 Fast-forward a decade or so, and I was driving across the country going to Grissom Air Force Base from Guam. I purposely routed my trip through Lawton, Oklahoma so that I could spend a few days in the wildlife refuge along the way. I wished I hadn't.

I arrived right at sunset and went straight through the main gate without stopping heading toward one of my favorite places in the refuge to camp.  When I got there, I discovered it was barred by locked by a gate. I went to three other locations I had camped before, as the sun slipped past the horizon, and found that they were all locked.  In one case, the turnoff for the camp from the main road had been removed. What the hell it happened?

Going back to the Welcome Center, there was a sign announcing that such and such Incorporated controlled and operated the refuge. There was also a list of hours where you could pay to go camping. There were some primitive campsites, but they were located within the one large organized campground, there was another, campsite but it was for groups and not individuals. I went inside the Welcome Center and inquired about getting a campsite and was informed that they were closed. After a brief talk with the guy behind the counter, I convinced him to allow the late check-in, and I went to the campground.  The staff member also told me that once I was at the campsite, I would not be able to exit until morning because they locked the roads.

I found my spot, set up my tent, and spent the night wondering how responsible I was for what had occurred here. It was less about the disappointment of reliving my memory than it was the guilt that I had destroyed something no one else would ever enjoy the same way I had ever again. I only stayed one night, departing the next morning as soon as the gate opened. It simply wasn't worthwhile. 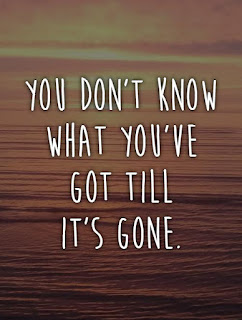 As I look at what is going on in this nation with students being seen as only having one opinion that she was the teacher. To the entire outside world, I was counted as agreeing even though vehemently objecting every step of the way.
will lead to the destruction of something most are incapable of understanding, I am reminded of my experience with Mrs. Terry.  She buried my thoughts and ideas under hers because

When you hear, that a vast majority of students feel a particular way – – don't believe it. No one has surveyed enough of them to determine a vast majority of anything. Whoever is making such a pronouncement is accepting the word of a teacher (or a few compliant students) that everybody agrees with them.  What you have in the end is that single person's opinion.

One person does not make a vast majority.