Learnt As Bestest Could Be 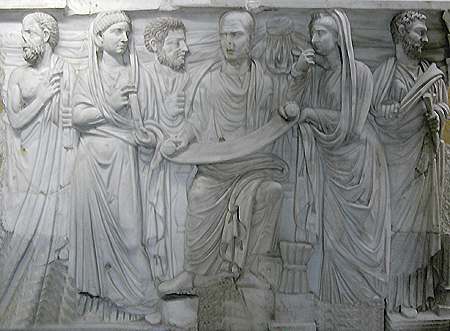 One of the most oft-heard phrases of my adult life has been "Well, I still haven't used the insert subject here I learned in school for daily life." To a certain point, I agree. I do use algebra when I'm coding and also in and trying to figure out a calculation where I'm unsure of one of the numbers. But mostly, I don't use it to any significant degree. Paul Simon spoke the truth: "all the crap I learned in High School."

There are numerous things I learned in school I don't use in daily life. Some have been taken over by today's technology like how to calculate my taxes manually, and other things would only be necessary if I were in a particular line work, like using an architect's conversion ruler. I really don't think specific lessons where the point of school, but beyond reading, writing, and basic math the purpose was to teach you how to learn for the day when you got to college or trade school.

I admit when I graduated high school the one thing I was reasonably sure I would never use again was my pre-college, required, three years of a foreign language:  Latin.  However, later when I started globe-hopping, I found Latin was invaluable.  It gave me at least a cursory understanding of many other languages. Also, if I were completely lost and did not speak the local language, I would use some of the base elements of the way Latin was constructed to translate signs and other written advice.  The only place this didn't work was the Middle East. But that was trivial compared to the one incident which happened, in the fall of 1982.

I was in the Air Force, assigned in Frankfurt Germany, and had gone to the train station on a Friday afternoon to catch a train out for a weekend of camping.  I was standing in the ticket line with about 10 other folks impatiently waiting to purchase a ticket. There was only one ticket window open and the longer I stood there, the more I began to pay attention to what was going on with the one customer at the ticket window who seemed to be taking forever.

With all the noise around me, it took a minute for me to figure out the man was speaking to the ticket agent in one language while the ticket agent was demanding the conversation take place in German. I noticed the customer was wearing a long black coat and at one point when he turned, I saw a Catholic priest’s collar. I made the bold decision to thrust myself into this situation to try and help. Usually, when I was off base, I decided to stay out of other people's business, but this instance would not allow me to do so. No, I was not entirely selfless, I figured it would help me get out of the train station more quickly.

I went directly to the window and then tapped the priest on the shoulder.  Then I asked him in Latin if I could help. Now, my Latin -- even after years of taking it high school, was not great but it was functional. The priest's entire face lit up as he smiled and responded to me in Latin he was trying to buy a ticket but needed to trade in an unused ticket to have the full fare.
I turned to the ticket agent who looked at me with a rather dour expression and using my best German, explained the problem as best I could.  The German then also smiled and responded to me, a little too quickly, what was needed to get the priest to where he wanted to go. After trading several phrases back and forth with the ticketing agent I finally understood what was necessary and then in the best broken Latin I could muster, I told priest the steps needed for him to get re-ticketed.  I continued to act as a translator between the two until the transaction was complete and then I walked the priest to the correct track so he could catch his train out.

He handed me his business card, but then flipped it over and handed me a pen motioning for me to give him my information - - which I did. This was before e-mail and cell phones so what I gave them was a mailing address to an APO. He took the card and waved energetically at me as he boarded the train, wishing me peace and prosperity-- at least I think that is what it was. Then, I went back to the ticketing window, got my ticket, and took off for a weekend camping in the mountains of southern Germany without giving it much more thought. 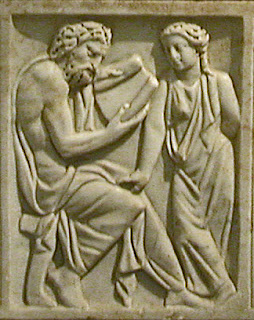 Several months later, just before Christmas, I received a Christmas card from the Punjab Province, India wishing me a Merry Christmas from the Archbishop of the diocese there. At the bottom of the card, was the handwritten phrase gratias ago vos pro succurro in meus iter itineris. Roughly translated: Thank you for your assistance on my travels. Who said Latin was a dead language?

Thank you Ms. Charlotte Naffin, my high school Latin teacher.  Apparently, I took from your class more than the memory of your beautiful blue eyes --. Yeah, aside from being a great teacher, she was young and kinda hot.