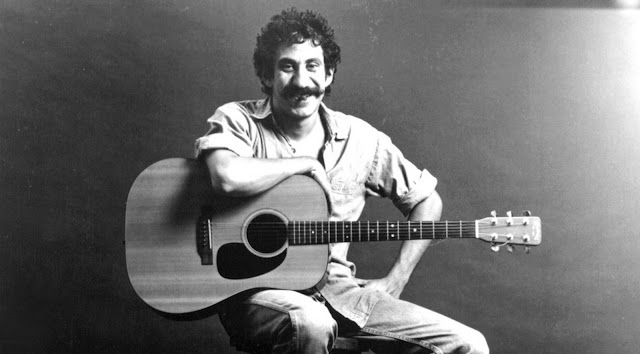 Shortly after I turned 14, Jim Croce died in a plane crash. I'm not sure if it was before or after that I first heard him actually perform one of his songs. I do know that the Muppets were the ones that turned me on to his music with their version of You Don't Mess Around With Jim. Actually, I'm using Muppets in the broadest sense because Jim Henson, Frank Oz, Jerry Nelson were performing as The Country Trio. What I loved about the song was the storytelling. Not only that, the story was funny and had a good turn around at the end.

As I got older, I sought out more and more of his songs. Many of them were stories set to music in the most amazing way. Roller Derby Queen, Bad Bad Leroy Brown, RapidRoy (The StockCar Boy), Speedball Tucker, and more. Each of them filled with memorable characters and a quick glimpse into their life. As a wannabe storyteller who was learning to play the guitar, I found great joy in the music of Jim Croce. Then, as adolescence took firm hold, I began to find meaning in his other songs.

People sometimes call his music melancholy as if it's a bad thing, it isn't.  I've always maintained there's a bit of warmth to be found in melancholy existing nowhere else. Among these,  were leaving songs like Operator (That's Not the Way It Feels) and One Less That a Footsteps. There were also songs celebrating the happiness of love, like Time in a Bottle and I'll Have To Say I Love You In a Song. and the, dammit I'm being treated wrong by my girlfriend" songs like Lover's Cross.

What I really like about all of the songs, stories, and love ballads, was that they were within my vocal range.  Even though I wasn't trying to emulate Croce, when I sang them they didn't sound half bad. Also, because of the sparse music accompaniment (one or two guitars)  in his music they didn't sound hollow when performed as a solo. 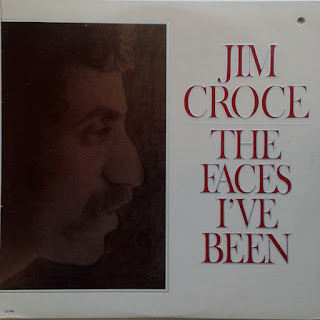 Later, I discovered his posthumous album The Faces I've Been.  the double album was a collection of traditional folk, This Land Is Your Land, and segments of him telling stories. The man could tell a narrative story every bit as well as he could tell one in song.   it was the first time that I became aware of how varied his life experiences were and how they contributed to his music and stories. He held dozens of part-time jobs while trying to get a break. The result is in his music. I wore out two copies of that album before I switched it over to digital.


How did I end up with a blog entry gushing over a musician who's been gone since 1973?  Recently, someone posted an entry online about him and included a recording of him singing Operator. That song holds a special place with me, it was the first song I ever played and sang before a crowd larger than two or three people.

During my high school's Spring Concert in 1977, I got brave enough to walk on the stage by myself and perform that song. While I was reflecting on that bit of history another bit of history slapped me in the face. When I lived in Kokomo, in the spring of 1989, I performed a Coffeehaus at Dad's Deli. I played four or five original songs and told a few stories, but the last song I played was Croce's song Railroads and Riverboats, harmony performed by Melanie Kenner. As of today, it is the last time I've performed in public for more than two or three people.

Looking back on that realization, I think it is only an appropriate set of bookends that my first and last performances were both written by Jim Croce.

If you are not familiar with Jim Croce, I encourage you to look him up on YouTube or somewhere else and discover his music.

If you are a glutton for punishment, I have provided links to both live performances. Keep in mind both of these were recorded with a portable cassette recorder using the built-in microphone. When I had it digitized, they were able to clean up some of the noise but it is still rough.