Music That Slays - Killing Me Softly 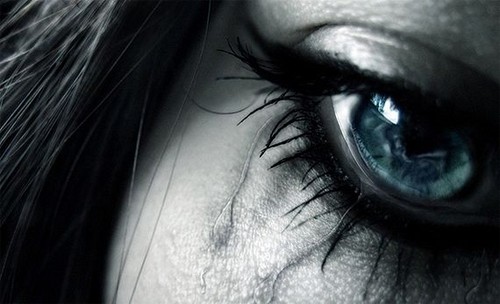 Humans need to feel not only joy but also sadness. I've written before about the need for melancholy. After all, the only real way to appreciate happiness is to know his flipside. For me, emotions are often connected to music, including feeling blue, but the only song that will turn me introspective immediately and almost always brings a tear to my eye is Killing Me Softly With His Song.

I'd heard the song on the radio many times, but when I heard Sherry sing it, the emotion it made me feel changed forever. She and I were in the same guitar class and almost immediately we found harmony. Not just metaphorically; our voices harmonized well. My voice was somewhere between bass and baritone but pretty unremarkable. She had the range of Olivia Newton-John but with the power of Linda Ronstadt behind it. Here's a sample from the spring concert of 1977 when she performed Sam; give a listen. Beautiful, right?

While rehearsing for a show, out of the blue, she played Killing Me Softly. I'd never paid attention to the lyrics, but at the same time, I was paying attention to her as she played. I felt the song for the first time.

She finger-picked the guitar, which added more emphasis to her voice and the words. Unaware she was doing it, Sherry was fleshing out the way deep and meaningful songs had affected me my entire life. Music told my story, the secret way I felt about life and love. She was laying out all of the profound darkness of my teenage angst. That is pretty deep exposure for sixteen.

The song is not difficult to play on the guitar. After a few run-throughs, we played it together, taking turns singing the verses and harmonizing on the chorus.

When I sang, I changed the lyrics a bit as needed, and by the end of the song, I was finding it hard to hold back the tears. It was an odd feeling. I've been affected emotionally by the music my entire life but never by a song that didn't have a specific event tied to it. This was a new and different feeling, and the song immediately had a heavy emotional weight for me.

She sang as if he knew me,
In all my dark despair
And then she looked right through me As if I wasn't there
And she just kept on singing,
Singing clear and strong

The message I get from the lyrics is a simple one. A person is listening to a singer playing the guitar. Still, when she listens to the words, she is immediately slain by the fact that he knows her. Not just that he knows her, he knows her inside and out. He continues to expose even the darkest feelings as he sings and strums his guitar without concern for his effect on her. Her pain is the instrument he is playing, and her experiences have become his lyrics.

A bit of history... Lori Lieberman recorded and released the song in 1972 and it was included in an in-flight audio program that Roberta Flack heard and liked. Flack went to work on a cover arrangement injecting her own style. She first performed the cover publically at the Greek Theater in LA, where she was opening for Marvin Gaye. Gaye told her that she needed to go and record that thing right away. In 1973, Roberta Flack won the Grammy for Record of the Year and Best Female Pop Vocal Performance for Killing Me Softly With His Song.

Charles Fox and Norman Gimbel are listed as the composer and lyricist for the song, but both acknowledged the contributions of Lori Lieberman for many years. In 1997, that changed and they began to dismiss her part in its creation. Realistically, I'm not sure how they could call what she did a contribution when in actuality, she wrote the first draft lyrics.  Lori Lieberman's recollection of who the song is for and why:

"Don McLean," she said simply. "I saw him at the Troubadour in LA last year. ("And there he was this young boy / A stranger to my eyes") I had heard about him from some friends but up to then all I knew about him really was what others had told me. But I was moved by his performance, by the way, he developed his numbers, he got right through to me. ("Strumming my pain with his fingers / Killing me softly with his song/ Telling my whole life with his words."

She wrote the draft on a napkin while still at the concert. Here is a clip where she performs both Empty Chairs and Killing Me Softly.

Email ThisBlogThis!Share to TwitterShare to FacebookShare to Pinterest
Labels: killing me softly, sherry