Passed Away, After a Long Illness 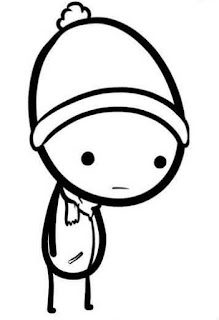 The loss of a loved one is always a deeply felt personal tragedy. Anyone aware that you have suffered that loss expects and allows for a period of grieving afterward. It’s expected and allowed by societal norms. But when that passing is preceded by a long and debilitating illness or a slow walk downhill lasting two weeks or months, those who mean well often forget to adjust their expectations, failing to realize that you've been mourning in preparation for the end for months.
As my father's mental and physical health deteriorated, there were fewer familiar moments I spent with him; moments that were representative of the man I'd known my entire life. It wasn't his fault. It was the disease that gripped him and slowly turned him. Such is the frailty of the human body. But when his passing finally occurred, it was almost a sense of relief and joy that he was no longer slowly tortured as he eventually succumbed. Then I was gripped by a feeling of guilt for being so heartless without realizing that I had been mourning him all through the months prior, and now the moment came for an expected eventuality to pass.
I have to wonder about those who were not part of my immediate family, not witnessing the level of grief they expected or at least grief with which they were familiar. Everyone was polite enough not to ask if they did have questions. Still, suppose they were not familiar with the situation or had not been through it themselves. In that case, I guess they would at least have some questions as to why my period of mourning was not more emotional.
I recently found out someone I know was going through something similar. They were the caregiver to a parent who was at the end of that long hard road. I could say lots of things to them, but rather than going into that, I chose to give them some advice I wish someone had passed on to me -- you have been preparing for this moment for a long time. All through that preparation, your emotions have been at work, allowing you to mourn as the person you knew slowly faded away. Now that it has occurred do not feel guilty that you are not having the expected level of emotion. You have been mourning them for a long time, and no one else except you will realize how painful this has been for you. Instead, use your energy to maintain and solidify all of the good memories you carry in your heart.
For those of you who've been lucky enough not to have undergone something like this, I can only tell you that the best thing you can do is to let the person who experienced the loss guide you. They will tell you their level of pain or feeling and how you can support them. If they don't say it out loud, be silent and let your presence serve as the support they need at that moment.
296,428
Posted by Charles Schell at 11:39