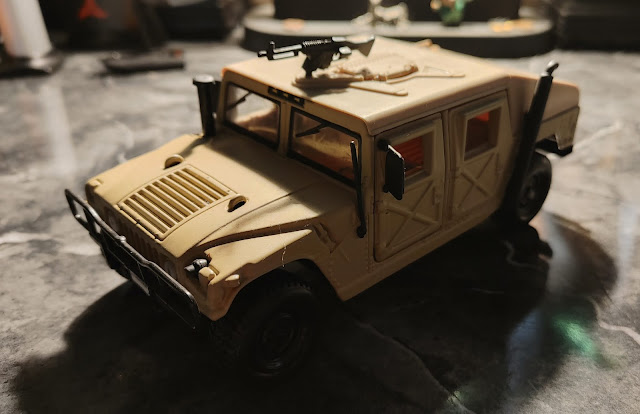 When I finished Three Paperclips & a Grey Scarf, I described it this way:

"Evan Davis takes a three-month assignment as a press embed in Afghanistan. Before departing, a friend hands Davis a hastily gathered good luck charm: three paperclips. Over the months in country, he gets to know the men of a small team of US soldiers with whom he is deployed and rediscovers his muse writing about their experiences in Central Asia for a truth-hungry American public."

But when I started writing, it was a bunch of unconnected but interrelated stories that I had come up with during my deployments to the Middle East. Same with characters that would eventually grace the story, they were all real people I had met along the way. A side note, even though I refer to it as a novel, it is a novella, based on the total number of words.

Writing it was quick because most of the story had been developing and simmering in my mind for over a year.  But the book has several scenes that involve a dozen or more characters, all interacting with each other. Unfortunately, I kept losing track of where people were in my drafts, and I’d have to go back through the manuscript to track each person individually. I couldn’t have one mysteriously show up somewhere they couldn’t possibly be. Eventually, I came upon the idea of using little plastic soldiers and putting labels on them to track where everyone was. This was especially important during the battle scenes within the story.

At the center of Three Paperclips & a Grey Scarf are two Humvees used by Evan Davis and the soldiers to get around Afghanistan. When I was at the Base Exchange in Kuwait, I saw a toy Humvee and picked it up. From that point on, it sat on my desk. I occasionally pressed into service as I tried to figure out vantage points where action worked within the vehicle. Of course, this was backed up by research on actual Humvees that I could get access to and crawl around in and on.

Without realizing I was creating a precedent, I started something that has become a habit with every story of length that I write. There is always one thing within the narrative: one inanimate object that sticks with me and represents the story in my mind and imagination. While working on the first draft, I will pick up that item and then sit on my desk as I write. I like to think it keeps me focused, but it is probably more of a distraction that I play with when I should be writing. Of course, that doesn’t always work out well, as I’ll tell you about when I talk about the object I picked up for Blood Upon the Sand.

Now you know one of my writing secrets and why I have so many disconnected and unrelated objects sitting around my writer’s lair. At some point, they were all catalysts for my imagination, and they are occasionally pressed into service when I need to take a break.