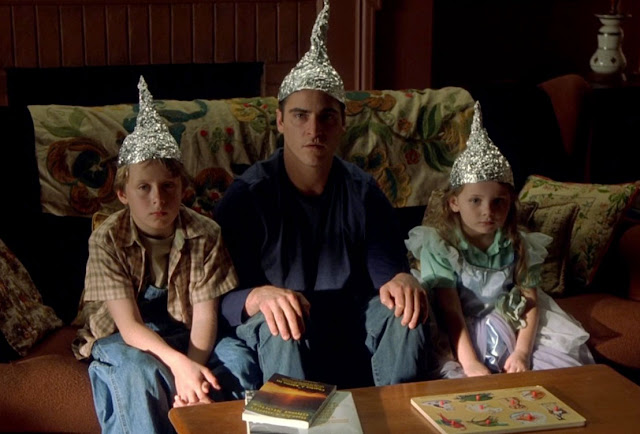 Every dream I've had for the last two weeks has featured the Santana song Black Magic Woman in its soundtrack. It never fits into the narrative of the dream but always seems to be playing in the background. An Ear Worm? Too persistent. After the first few times, I sought the lyrics out and studied them for a clue but found nada. There isn't even a life event that I can pair it to. But I do like Carlos' guitar riffs and solos in the song.

Then this morning I was listening to American Top 40 from the 70s on SiriusXM and Casey plays a special bonus song — I held my breath and then listened as those familiar notes began this song.

I am sitting in my basement now, sporting the same hat Joaquin Phoenix wore in Signs. Obviously, the aliens have tuned into my wavelength and the only solution is an aluminum foil hat.

Oh, and they just announced Santana’s concert lineup for the next few months–of course, two are nearby.