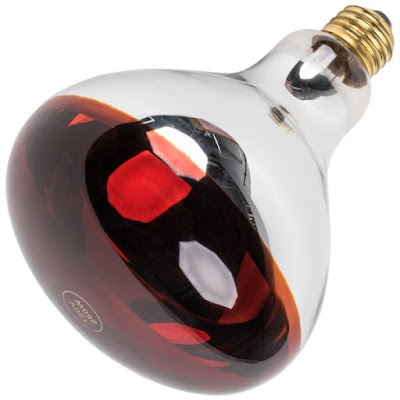 Recently a lightbulb burned out in the kitchen. It was one of those ceiling spotlights I’d already upgraded to an LED bulb. This meant I couldn’t one of the incandescent or CFLs that I had laying around-- I was going to need an LED light bulb with matching temperature and wattage. Supply chains are still playing havoc with local hardware stores, so none of them had one in stock and I ended up ordering one online.

While I was browsing the hundreds of LED light bulb choices, I came across a bulb I hadn't seen in a long time. (Stay with me a moment, I promise this entry is not really about light bulbs.) These look like regular spotlight bulbs, but they are red in color and meant to produce heat. Of course, incandescent bulbs produce a lot of heat on their own but these were meant to be used in bathrooms and such As I stared at the bulb, I was taken back to a time when I was in ninth grade and our home's main bathroom was just off the kitchen. It had three of these bulbs mounted in the ceiling. 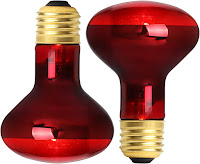 When I was in ninth grade, just like everybody else, I was going through a lot of changes not only physically but mentally as well as I started to Band, I was attracted to her.  She had an unforgettable smile accented by long dark hair and beautiful eyes. But rather than the romantic twist, I first hoped for, somewhere in the middle we spent so much time together we became friends and found ourselves talking about a lot of things. It was great to have a female sounding board during that confusing stretch of life, as it gave me a viewpoint that a lot of guys never get.
Every afternoon, I would come in from school, spend an obligatory ten minutes doing my homework, and then I’d grab the phone out of the kitchen (which had an extremely long cord), and drag it around the corner into the bathroom.  Once inside, I would shut the door and lay on the cool tile after turning on the red heat lamps in the room. I wasn't really cold, per se, I just thought the red glow that they gave the room was kind of cool. 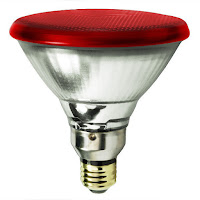 For the next hour or so, Rosetta and I would talk. Sometimes about stupid things classmates said at school, other times talking about what was on TV or how we were feeling about stuff going on in our families. By the end, usually forced by her parents or mine, we were both drained of whatever tension-filled us and a little more firm in the things we were thinking.

I didn't realize how much I appreciated having her as a friend until I moved away that year before summer vacation. Our conversations had dwindled by then-- I’d made the mistake of introducing her to a friend of mine, and they had a rather nasty breakup. She’d advised me to go out with a girl who ended up being my first psycho ex-girlfriend. Hard feelings both ways, I guess. In the end, maybe we should’ve been going out with each other.

I lost all contact with her when we moved to our next base. Once I arrived there, I spent the standard few weeks not knowing anyone at the new location, but I was able to treasure the memory of the conversations Rosetta and I shared. The private thoughts and musings of two adolescents trying to figure out life and how to be cool at a time when nobody is -- an experience I enjoyed while lying under the red glow of heat lamps.