The Week In Pictures, Last Week Too 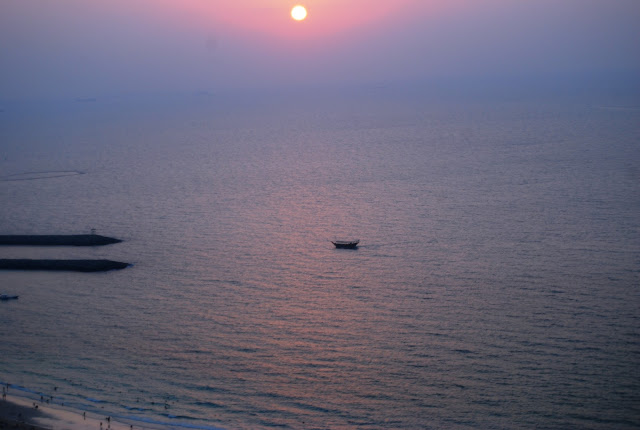 Some events from the week...

Thursday night started Eid al-Adha, also called Feast of the Sacrifice, an important 3-day religious holiday   celebrated by Muslims   to honor the willingness of the prophet Abraham  – Yes, the same Abraham as Christianity and Judaism -- to sacrifice his young firstborn son Ishmael as an act of submission to God, and his son's acceptance of the sacrifice, before God intervened to provide Abraham with a ram to sacrifice instead.

To me the most interesting part of this was that Muslims who can afford it, sacrifice their best halal domestic animals (usually a cow, but can also be a camel, goat, sheep or ram) as a symbol of Abraham's willingness to sacrifice his only son. The sacrificed animal is then divided in thirds,  with a third going to the worshiper,  a third to his relatives and a third to the poor.  I think the remembrance of the poor as part of this is admirable.

In Kuwait this year, over 87,000 sheep were imported for this purpose.    That is a lot of sheeps!  Notice all the shepherds playing with their cell phones in the photo?  Times have changed.

Saturday morning, when I went out to walk Falkor, I was surprised to find the sky covered by dark clouds.  Rain clouds!  There was a cool breeze blowing and as we turned the corner and the Persian Gulf came into view,  the horizon was truly spectacular.  From one end of the horizon to the other there was a narrow band of intense white light, where the sun had broken through underneath the clouds.  In the center, where the clouds obscured the rising sun,  was an arch made of green, orange and red as the sun shone through the moisture rich clouds. The colors faded to pink and then finally back into the gray-black darkness of the overhead clouds. I enjoyed it but Falkor was more concerned with a cat playing one of the trashcans.

The highlight of the drive to work was almost 2 full minutes of rainfall, the first since April.

I like Dubai.  It is called the Las Vegas of the Middle East and it lives up to the title by way of its grandeur – but unlike Vegas,  it seems to have a higher level of class and style.  The streets are clean and the landscaping everywhere is well groomed.   There is a plan somewhere that is preventing things from developing out of control and it is having awesome results.  In the decade since I was there last Dubai has truly become a place worth seeing in its own right.

Here are a few of the things I enjoyed while there: 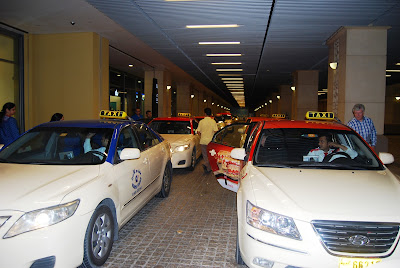 When we left the mall, we had to stand in a long line to get a cab.  The way they did it was to allow a large group of cabs to pull into the staging area,  then let 30  or so people into the area all at once -- with everyone running to claim a cab.  After everyone was loaded up, they dropped the arm and all the cabs took off at once.  Since the cabs had a variety of colored roofs,  it reminded me of the way bumper cars were done when I was a kid.  BTW I got the green one.