An Ambassadorship Without Diplomatic Immunity

The culture of the Middle East is unique about the treatment of and attitude towards dogs and other animals.  There are some who consider dogs to be the personification of evil but many in Kuwait have a more Western attitude. As a result, when I take Falkor out for a stroll I attempt to use encounters we have to educate people. Since he craves attention, Falkor enjoys the role that I have placed him in. 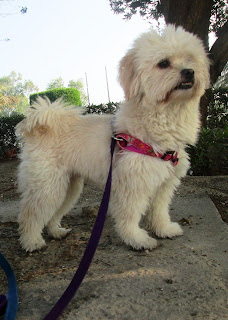 Just last night, we came upon two little girls – – ages eight and nine – – they were with their mother and preparing to get into their car.  Because we were walking by, the two little girls came running over to see the dog.  My usual behavior is to pick Falkor up so that he does not scare them with his standard response of standing on his hind legs to greet new folks.  Next, I caution the children to pet him coming in under his chin rather than trying to pat him on the top of the head.  A dog’s natural response to someone patting him on the top of the head is to look up to see what the hand is doing and for someone who is not aware it could seem like a dog is attempting to bite the hand instead of just smell it.

The two little girls were satisfied petting him at first, then one asked if she could take his leash and walk him for a bit. I let her do so which made her giggle and prompted her mom to take some pictures of her with the dog. Then the other little girl wanted to hold him so I picked him up and showed her how to hold a dog. This of course led to another round of pictures.  While this was going on when the girls excitedly told me about a parrot they had at home who apparently could speak both English and Arabic. As they were getting ready to leave, one of the little girls asked if they could see Falkor again and I explained that anytime I was out walking the dog they could feel free to come over and say hello.

This may seem minor and even inconsequential but during that short encounter not only did they learn that Americans can be friendly they also learned something about how to act around the dog that might govern their actions in the future and therefore prevent them being scared of a dog or worse thinking that it is evil. After all, how could a dog be evil when he sits in your arms peacefully or let’s you lead him around by a leash.

On another evening I had a woman pull up in a car and lower her window. I could see she was wearing a full abiya with veil, and in perfect English she told me how cute she thought Falkor was and asked me if she could take a picture of him. I told her to go ahead and she took a picture with her iPhone. Then she asked me if I would take a picture of her with the dog and I agreed. I admit, when I bent over to pick up the dog I was wondering what difference a picture of her veiled face with the dog was going to make in the bigger scheme of things, but when I turned back towards her she had removed her veil and had her arm outstretched handing me her iPhone. So, I took a picture of her smiling face with Falkor snuggled up against it.  I’ve never had something like that happen before or since, as I said in some ways Falkor is a perfect ambassador for knocking down some cultural barriers. 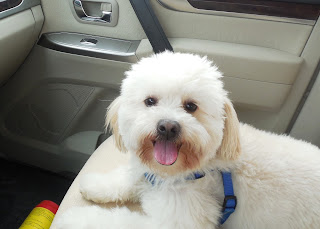 Because my neighborhood sits between a bunch of apartment buildings and a mosque it is not unusual for us to run into groups of people going to and from who just happen to be walking through the neighborhood. Some of them cross the street and stare at the dog silently whereas others will walk towards Falkor and attempt to pet him. I have no problem with that but Falkor usually wants to stand up on his hind legs to greet the person; which is usually a shock to the stranger the first time he does it.

I always thought that one of the benefits of US troops being stationed around the world was that on the whole they were great ambassadors for our country and the servicemen took back a different view of the world home with them to whatever small town they may have come from. This is good for everybody. I knowingly stepped into my role of ambassador, Falkor is just being the dog that he is; and sometimes that’s all it takes.  Pretty good for a rescue dog. 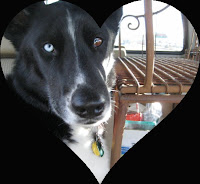 I have been following Pepper the Dog since I started on Twitter (@PepperTheDog).  Pepper is the self proclaimed "Ambassador of Small Pets" and he posts funny and heartwarming pictures of pets, advice on animals and listings of missing and adoption ready animals.  He is also on Facebook [Link].  I would suggest if you are active in either of these social media realms that you check him out as his posts are fun as well as informative.

Pix Of The Week

The newest Dubai police cruisers. According to the press release they are even going to let their female officers drive them. BTW the max speed limit in Dubai is 120 KmH (about 72 MPH), the top end on both of these is slightly higher.