...and That's The Way It Is -- Goodnight and Have a Pleasant Tomorrow 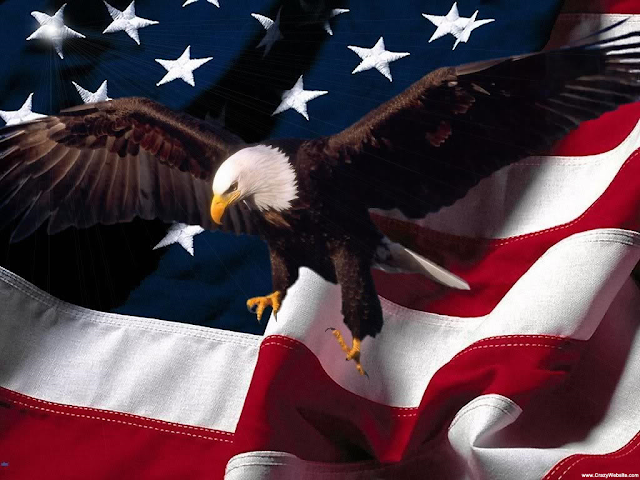 One of the most difficult times to be overseas is when something catastrophic happens in the United States. In 2001, I was in Wiesbaden, Germany when terrorists flew passenger airplanes into the World Trade Center. This time I was in Kuwait when terrorists set off bombs at the finish line of the Boston Marathon.  In both instances, I have been thousands of miles away and therefore not directly involved; although for a period of time after 9/11 we were unsure if we might be attacked at the base in Germany. In both instances, I have not been in a position to offer help or assistance and could do little more than watch.
﻿﻿﻿﻿﻿﻿﻿﻿

When 9/11 happened I had just relocated to Germany and did not even have satellite TV yet. As a result I had rabbit ears which allowed me to pick up the local AFN channel which was doing a live feed from CNN. This time, I not only had satellite TV, but between 2001 and now something called social media started to exist so I also had Twitter, Facebook and Reddit.  Postings on social media sites for the most part are written by real people and not professional journalists.  I have drawn two conclusions because of that:  1. On the whole social media was more accurate and up-to-date than any news channel on TV, and 2. There was less bias on social media, except for those postings by the political hacks who are also on TV.  What really rocks about social media over TV is that I can turn off those people who are doing nothing more than political commentary while keeping the objective observations of the rest of the population. It is really hard to turn off part of a channel on TV.


﻿
As the week progressed, it became more and more difficult to watch the coverage as politicians tried to bend the events to suit their agendas. I have yet to find any connection between any gun legislation and the ownership or planting of bombs in public places. Additionally, it was quite interesting to watch many of the pundits on MSNBC insisting that this must be a white racist conservative while CNN and several others were reporting the person as being  Middle Eastern looking. I will tell you having lived and traveled extensively in the Middle East that there is no such thing as Middle Eastern looking.  I have seen Arabs, Persians, North Africans, and Israelis who look just like the folks that I saw walking down the street in rural Georgia, suburban Michigan, and anywhere else in the United States.
When the end of the week came and the chase was on I went back to social media and again received updates by the moment. It was not the same as being in the United States, but at least I knew what was going on --well, sort of knew what was going on. The press was still pushing out rumors where social media was fairly accurate and unbiased. I saw pictures and footage of the suspect before it made CNN, Fox, or the BBC.   Again, there were those trying to bend tragedy to political advantage -- unlike having a different opinion on gun control, which is something that is something truly worthy of being ashamed. 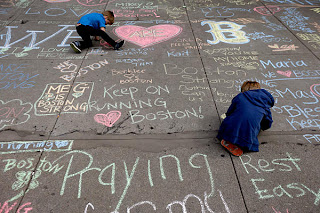 Now, one suspect is dead and the other is in custody and the city of Boston is once again what it was before all of this. I was proud to hear the people cheered the cops and police as they went through the streets returning back to their station houses. I would've been right there on the streets with them.

It has been revealed that the suspects were not Americans, conservatives, Arabs, or any other target group but two brothers from Chechnya. Chechnya has been involved in a civil war for many years, but unless you pay attention to European news or the history of Russia you would never have known anything about it. Now, for at least a day or two all America will get an education on what is going on there.

Maybe they should have written a weekly blog.


Pix of the Week


I am not sure how this is supposed to work.  It can't be that easy, can it?