Gravity, Thou Art a Heartless Bitch

The villa where I live is surrounded by a six-foot-tall concrete wall. Because I live on the ground floor, I have my own gate to enter the villa with everyone else using a different gate that goes to the main foyer area.  The gate is wrought iron and tinted Plexiglas affair that is peaked at the top in the middle and then goes down lower on the sides. My gate is a double door that opens in the middle and is hinged on the side;  one panel is how I get in and out on a daily basis, the other panel has an additional lock that keeps it closed unless you specifically release it so that you can get a wide object through.  The public gate is just a single panel. 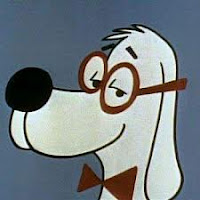 On the plus side, I did avoid getting a ticket for this whole thing.  After all, Gravity is the law – – you have to obey the law. (That line is funnier if you read it in the voice of Mr. Peabody [Link].)