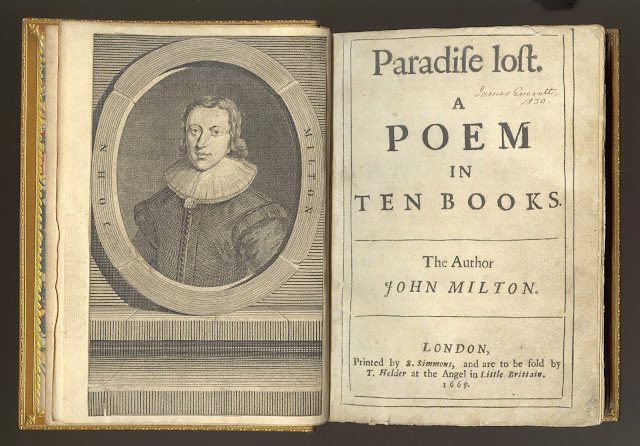 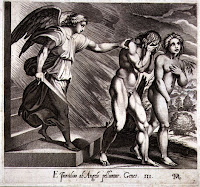 I hate Paradise Lost. I dislike John Milton for writing it. I hated it when I read segments of the poem in high school, I hated it when I had to read the whole thing for English Literature class in college, and I hated it when I had to write a summary of stanzas for a creative writing class in graduate school.  I think that every copy of the book should be tracked down and locked in a vault somewhere to prevent anyone else from ever being tortured by it unless they purposely seek it out.

I further think that any curriculum that calls for Paradise Lost to be read should be immediately called into question and rewritten as Paradise Lost is not a great work of epic poetry but is a great example of how words on the page can be used to torture people.  It is long-winded, is filled with archaic language which has no poetic lilt to it that might accidentally make it enjoyable, and lacks any attempt at trying to make the words on the page in any way pleasing to the reader.  Beowulf is a better example, of the form even though it is not English. 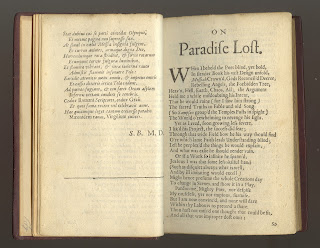 That is earnestly how I feel deep down in my heart. But what happened recently in Kuwait upsets me and puts me at odds because of my deeply felt beliefs about Freedom of Speech and the danger of banning books.  Recently, a bookstore had the book confiscated and the shop closed because it had a copy of Paradise Lost  openly on display on the shelf. The owner of the bookstore tried to find out why it had been seized since apparently there are copies of Paradise Lost in the Kuwait University library available for unrestricted access.

Here's the complete story from the Kuwait Times:

KUWAIT: A bookshop in Salmiya was closed because it was selling John Milton’s ‘Paradise Lost.’ The closure of the bookshop happened after an inspection from the Ministry of Information in mid-May. Two lady inspectors pretending to be customers walked into a bookshop in Salmiya and started asking about many books which, according to the owner of the bookstore, are banned in Kuwait. When the inspectors finally asked about “Paradise Lost”, the owner told them that it was available. “So, they asked me if they could have one. After having a look at the book in their hands, they announced that they were from the Ministry of Information and the book in their hands was actually included in the list of banned books in Kuwait,” the owner told this reporter. “I was surprised and shocked,” the owner of the bookstore said. “The inspectors asked me to show my license.

They also asked whether they could get some 100 books randomly from my store. I requested them to reduce the number to 20. They agreed and gathered 20 books randomly from my store, including a copy of ‘Paradise Lost’,” the owner recalled. The following day, the owner went to the Ministry of Information to check the situation with regard to the confiscated books. “I was informed that I have to wait until they check the content of the books which were confiscated, including ‘Paradise Lost’. But I was shocked when they informed me that I have to close down my bookshop until the investigation is completed. I informed my lawyer about it and he advised me to abide by the verbal advice from the Ministry of Information and close down temporarily,” she disclosed. According to the owner, there are copies of Milton’s “Paradise Lost” at the library of Kuwait University. “How come that book, ‘Paradise Lost’, is available in the state university and we can’t sell it.

I took pictures of the books to show that they are available in their own library,” she lamented. Further, she mentioned about an incident, told to her by her lawyer: A Kuwaiti woman was banned from travelling outside her country because she had ordered a banned book (from Amazon) from outside of Kuwait, despite the fact that she was unaware of the book being banned. “Some airport personnel called her one day to inform her about her package. When she went to collect it, she was told by the airport personnel that the book she had ordered was banned in Kuwait.

She was slapped with a travel ban. She is a Kuwaiti. She managed to travel outside eventually, but she faced a court case for ordering a banned book,” explained the bookshop owner. “I was frightened with this story, which the lawyer shared with me. But I am an expat, and maybe they are going to do the same. I hope it would not affect my status,” she noted. She pointed out that there was no freedom of expression in Kuwait, as bookshop owners and even customers were slapped with cases for wishing to read literature. “You have your package in the airport opened. The package was not only opened, but also confiscated. They were able to successfully file a case against her and she was banned from travelling,” the owner said. “We are not talking anything that can be deemed offensive against anyone; we are talking about literature from ‘Paradise Lost’.

Besides, if we were informed about it, we would probably not sell it. The problem is we weren’t informed. The idea of banning any book is very offensive to me or to any book-loving person,” she concluded. 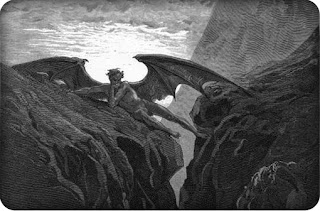 One of the greatest rights protected by the US Constitution is that of Free Speech.  That protection covers all forms of expression:  spoken, written, and visual.  Over the course of my life, I have heard a lot I disagreed with – but that is exactly why it is protected, to prevent suppression of unpopular ideas.  Which is why political correctness should be feared because its result is censorship of expression and thought.

I think all the peoples of the world should consider the example of basic protections found in the Bill of Rights and emulate them.  It is a great starting point for the universal freedom of man.  Then if someone is feeling mentally masochistic, they can get a copy of Paradise Lost  from the locked vault I suggest, and find out how Adam and Eve screwed up when they let Satan hang around. 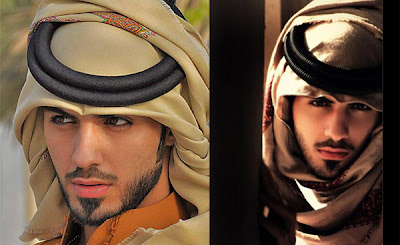 This is Omar Borkan Al Gala.  A few months back it was publicized that he was forbidden entry into Saudi Arabia because he was "too handsome".  Over time it was revealed that the deportation never really happened and was probably just a publicity stunt to further his career.  Nice to know the Middle East has its own Milli Vanilli.