Tut Tut Looks Like Rain...and Then The Wind Changed Directions

It was long, long ago -- sometime in the 1960s – when I went to my very first movie in a real movie theatre.  My Dad was in Korea at the time and I seem to recall going with some family friends who had kids my age.   The theatre was located in downtown Monterey, California.  Looking back I remember downtown as being large, but at the time I was small so it may have been relative.  We stood in line at least two days -- well I had the time perception of a 6 year old – waiting to get a ticket.  The line of mostly kids and some adults wrapped around the block.  Someone had told me the name of the movie, but I had no idea what the name meant – Merry Popping?  What the heck did that mean?

A few realities that may need to be explained:  TV was still black and white so if you wanted to see something in color you had to go to a large dark room and watch it displayed on a screen.  Also, if you really liked the movie, there was no rewind and start again – or restart button.  You either had to pay to see it again or wait a few years for it to come to TV – AND – if you missed it showing on TV you were out of luck there were no recording devices that allowed time shifting.  So, going to a theatre for a movie was a big deal.

After the time in the outside line, and with tickets bought we stood in line again for popcorn.  Up to this point in my life popcorn was either Jiffy Pop or the stuff my Dad made in a little aluminum corn popper on the counter.  The corn popper, when taken apart for cleaning, revealed metal springs on the bottom which somehow magically turned the kernels into puffs.  But today was the day when I found out what popcorn was truly meant to taste like  -- movie popcorn – made with hydrogenated coconut oil and salted with special salt (never been a big fan of buttered corn).  It was and is as unhealthy as you can possibly make corn (unless you also deep fried it) – but it is also the best tasting snack in the world.

Each of us had a small bag of popcorn in hand as we proceeded into the auditorium and found seats together near the front.  Every seat was taken – the only other movie I experienced that with was a 1 AM showing of Jaws at Ft. Eustis, Virginia.   We sat there for a bit and then the lights went down. 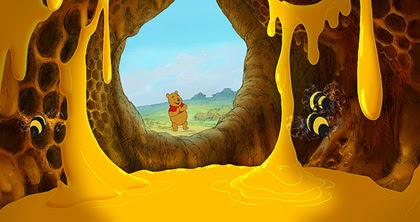 I always say the first movie I ever saw in a theatre was Mary Poppins, but that is not exactly correct. The first feature I saw was actually Winnie the Pooh and the Honey Tree.  Sterling Holloway’s unique voice was familiar, as he was in a lot of movies I had seen on TV, but this was a very different experience.  The images were huge on the full sized movie screen that was only 20 feet or so from my seat.  The sound was full and clear -- the colors bright and vivid.  It was my first experience with that thing called Movie Magic and I jumped in with both feet and swam around in for the 20 or so minutes of the feature.  So memorable that to this day I still recall that you have to be careful because “You never can tell with bees”.

Then came 140 minutes of magic that was more real than animated.  It all came at me in a rush that I devoured and immersed myself in greedily….dancing chimney sweeps, penguins, a wooden leg named Smith, kids with kites, a canon on a rooftop, flying nannies, evil bankers, a talking dog, and my favorite side character Uncle Albert. The story told with dancing and humor and catchy Sherman brother’s songs – the way I play with words when writing is still influenced by their way of twisting words for lyrics.  I was stunned and amazed. 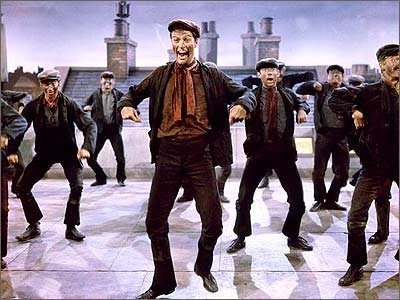 The movie is known the world over as a classic and it made Julie Andrews and Dick Van Dyke stars. Even today, I would argue that Dick Van Dyke ruled that movie.  He bound it all together and gave it a connected flow that it would have lacked otherwise. 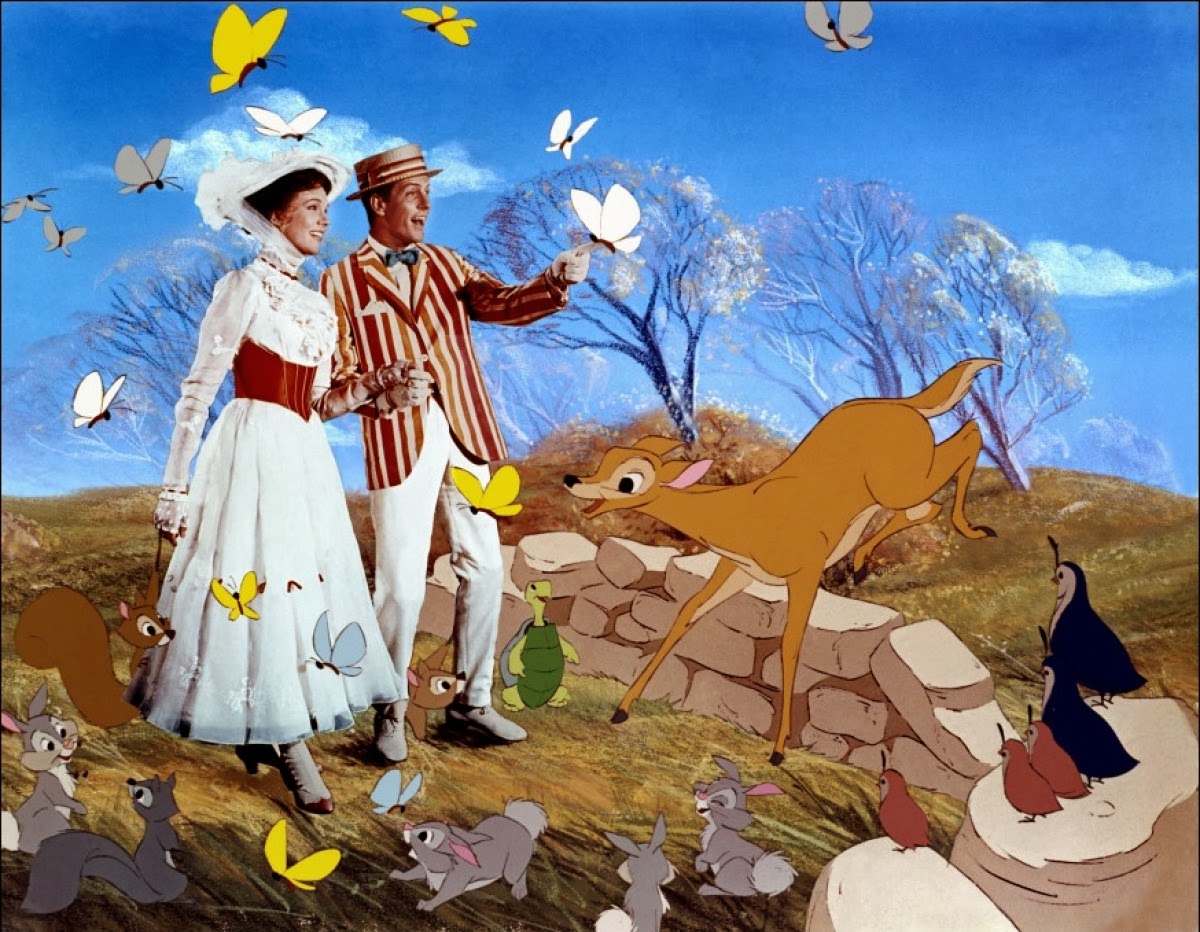 Decades passed and when I had kids Mary again invaded my life.  This time on a small screen via VHS tape.  Technology had changed so when my daughter wanted to “watch it again” all I needed to do was to rewind the tape and hit Play.   Even though years had passed the movie still contained strong magic.  The things I noticed had changed somewhat – anyone not understand what Bert was really talking about when he was on his Jolly Holiday with Mary?   Then consider how much of a dog Bert was to mention all those other women.  Because of repeated viewings, the hidden meanings in the dialog and the lyrics are hard to ignore.

More years pass and we arrive at today and someone had decided to take on telling the tale of the complicated relationship between P.L. Travers and Walt Disney and how it played into getting the movie made. I wanted to see it after viewing the first trailer for Saving Mr. Banks, but then I like it when the behind the scenes drama is exposed and all of the trivia that plays into getting something massive off the ground is revealed.  Tom Hanks – great as Walt Disney,  I feel he captured the Walt I knew and grew up with.  Emma Thomson – also great but I had no idea who P.L. Travers was prior to the movie.  I loved the snippets of the Sherman brothers working on songs and dialog for Mary Poppins, I can imagine it being just that way.  The movie is well worth seeing if you have not.

After watching that movie, I watched Mary Poppins again for the first time in years.  Considering the fact that the movie is almost 50 years old, it is amazing how well it holds up and is still relevant with family complexities and issues that have changed little in the intervening years.

As for any haters who can’t find or understand the magic of Mary Poppins, Saving Mr. Banks or even Winnie the Pooh and the Honey Tree, I can only say supercalafragalisticexpialadoshus.  But then they wouldn’t understand that either. 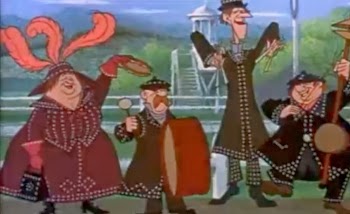