What If She Never Knocks Three Times? 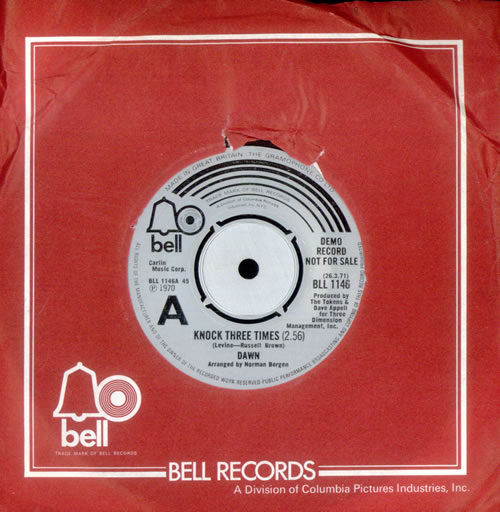 Music has always been a big part of my life, in particular songs with great lyrics or telling a great story to which I can relate.  So, from time to time I find myself telling Alexa to play something from my past to retrieve and relive those memories.  Recently, I told Alexa to find and play the Tony Orlando and Dawn song Knock Three Times*.  Even though I was living in a single family, single story home in Oklahoma; somehow, I related the lyrics of the song to my life and to my first forays into love while surviving the beginnings of adolescence at Tomlinson Junior High.

As I listened to the song about a man living in the apartment above a lonely woman who did not even know he existed, a question arose in my now adult mind -- was he stalking her?  I played the song again and listened to the song with a different ear and noticed details I had somehow missed….  He knew what music she listened to; in his own mind he thought he could feel her move as she danced by herself; he thought he was in love with her even though he had never met her; and rather than receiving a definitive acknowledge of his interest from her – he was willing to rely on the building’s sound effects as an indicator of interest.  It almost seemed like the prelim of an episode of Law & Order SVU which ends with the guy being committed for hearing voices.  Kinda creepy, but is it what the song really means?  No, of course not.

The story of two people coming together after one notices the other from a distance is relived and retold daily.  He saw her, he thought about her, and he was just waiting on her to tell him she was also interested in him too.  It may be a bit of a stretch for him to be declaring love for a woman he has never interacted with but is it any more than poetic license?  Is he just trying to tell her how earnest the feelings he has for her are?  Sure, we have to let emotion have the validity of the moment and try not to view it from an outside prism in which it exists.  In other words, the only way to get from a simple song of random attraction to a creepy stalker is by adding emotion and meaning which just isn’t there.

What was there, all the way back in 1973, were my 14-year-old feelings for a girl who did not even realize my interest in her.  It’s okay, Rosetta and I eventually became friends--  though I held my true feelings for her as a secret.  My memories of the time are positive, as are my recollections of this song and I will not allow some huge leaps to conclusions brought on by some notion political correctness to soil the memory or the truth of that time. 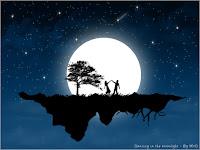 The next memory evoking song Alexa chose was Dancing in the Moonlight by King Harvest.  Another great tune – and a song which eventually turned into an outline of a novel about childhood friends trying to conquer the realities of adulthood.  One of them is framed for murder, leaving another to uncover the truth at the insistence of the girl, now a woman, who was the cause for the friendship falling apart years before.

A friend from college recently told me "if you are friends with a writer, you will live forever."  As I find myself putting more and more words upon the page, I see the wisdom in her statement.  Writing also serves a cathartic purpose as you finally get a chance to say all those things you wished you had said and lived through the endings you felt should have been versus those which were.  My guess is songwriting is a lot like that too -- I wonder if she ever knocked three times?