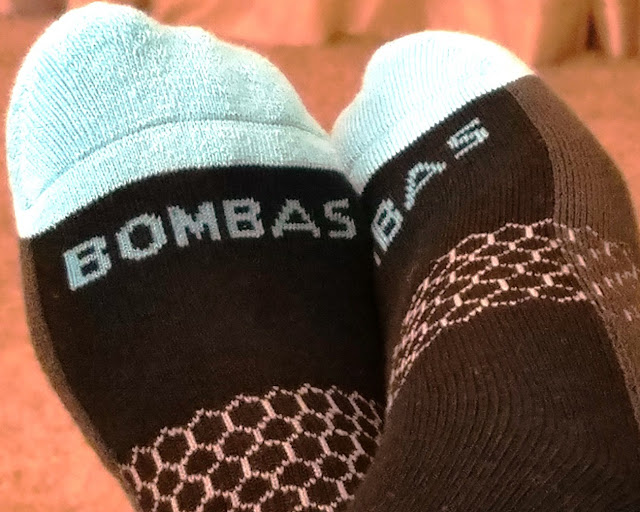 A few months back, I started thinking about the basic stuff I buy and use.  It all started with the purchase of a Logitech MK710 in order to facilitate an office redesign.  That resulted in me writing this review on Amazon:

I have been working with keyboards since I started with computers back in 1978. Since then IT has been my career and as such I have always allowed myself the best, newest and fastest systems as soon as they hit the market. And with all that tech, I never gave the keyboard a second thought. When I redesigned my office space, I wanted to move the computer away from the desk and so I started looking for a wireless keyboard -- that search led me to this set. I had never spent more than $20 for a keyboard, given that it is my primary tool maybe it was time I did so. DAMN GOOD DECISION.  This set is awesome. I have always ignored the adjective ergonomic when it came to mice, but this one is and all the buttons and wheels are in the right place. The keyboard itself is so quiet and the key presses as easy and smooth. Wonderful! Have never noticed lag (and I type fast) or drop off of signal. Well worth the $$$. Go ahead and get it, you deserve it -- I did.

The unintended result of my keyboard purchase was a basic change in my personal philosophy on the routine and mundane things I buy.  I stopped grabbing the cheapest item on the shelf while discarding more expensive choices based solely on price.  This does not mean I don’t still ignore designer labels for their own sake – that started back in High School when I decided if Calvin Klein’s name was going to be displayed on my ass, he was going to pay me for the privilege not vice versa—he hasn’t sent me a check so I don’t wear them.  Recently, this edict has expanded all the way to --- socks.  But, before I go on I will repost this disclaimer:

Whenever I provide a review or write up, it means that I have bought and paid for the item or admission costs myself.  In the extremely rare instance when items or admission are being provided free of charge or at a discount, I say so.  This site is non-monetized therefore the opinions provided are truly free of influence.

To me, socks are about as mundane an item as there is. Until I went to the Air Force, my sock drawer was full of one size fits all white tube socks a majority of the time. One notable exception was a pair of toe socks that I won in a radio contest by being the 32nd caller; I never wore them, but they were in my sock drawer. While I was in the Air Force, I was forced to wear black socks and during the first few years I actually wore the wool socks that they provided me. I hated them, they were hot and itchy. When someone got smart at the sock factory and started producing tube socks in black, I transitioned over to them. Now, when I would dress up I did wear other types of socks, but nothing that was either outlandish in color or style. My socks were purposely boring.

Just after I bought my new keyboard, I saw an ad on Facebook for something called Bombas. You may have seen the ad and ignored it, I did too. Until that fateful day when I mistakenly clicked on the damn thing and the Bombas website appeared and discovered Bombas were socks. They were wildly colored socks but aside from that, they were socks. They didn’t even have the decency to try and tempt me further by providing a really hot looking model wearing nothing but socks - or holding strategically placed socks.  They were just socks. Something must’ve been right about the website because I actually took the time to click on the Sock Tech page and read all about what went into the Bombas socks.

Admit it, you are just like me and really don’t give a crap about Sock Tech. If it’d been another day, I might have not given a crap either. But the socks I happened to have on that day had bunched up around my toes and were about to require me to take my shoe off in order to straighten them out – – again. By the way, the high-end socks I was wearing cost me, I think, $8.99 for 10 pairs or something like that.  Bombas somehow inspired me to look at an ad for socks that were apparently so expensive the price was not even displayed on the pages I had seen thus far. You know what that means in a restaurant?  Well, it probably means the same thing on a sock website – lobster priced socks...but back to my story – – I read all about the tech that went into the socks. I have to admit, it was impressive. There was technology to make them stay up, support your arches, prevent blisters, and they even get rid of that damn seam that usually runs across the top your toe and hurts after you’ve been walking for a while.

Due to the planet’s alignment on that particular day, as well as the failure of the socks that I was currently wearing, I decided to try a pair or two of Bombas. Actually, due to the limits of their free shipping and handling offer, I tried three.  One black pair, one grey pair -- both calf height, and a pair of ankle height to round it off.  The socks arrived in no time flat, and I took some time to look them over and compare against the finer points of Sock Tech.  The colors, were really cool and depending on which style you order the colors are completely hidden from the casual viewer by your pants leg or the shoes you are wearing. As a result, you get to be the wild freak you want to be without letting anyone else know who you really are. Part of the sock’s design and use of various colors and other markers is to indicate the presence of each of the unique features of the socks. But there was no way of telling if any of that actually works, without wearing a pair. So, the next morning I did.

The first thing I noticed when putting the socks on was that they fit from toe to heel. That means that the part that was the pattern for the toe was actually on my toes while the part that was patterned for the heel was actually on my heel. I bought the  large size, which the website said was appropriate for my size 10 ½ foot. The sock only came up to the lower part of my calf, which was okay because that’s where I actually liked my socks.  I say this here only to clarify where their particular socks fit because I’ve had calf fit socks that actually went almost to the bottom of my knees. At the end of the day, the top of the socks were in the exact place where they started. In other words, they did not slip or fall.

Other features of the socks became apparent as the day went on. My feet never felt overly hot, cold, or sweaty. There was no irritating seam going across the top of my toes, grinding against them all day long. Even though the socks were not overly thick, they did feel well cushioned. The honeycomb technology may have helped out around the arch, but a side benefit that I think I felt was the fact that the extra structural integrity there helped with padding and supporting the insoles that I wear. The biggest selling point was that the issue I had had with my previous socks bunching up inside my shoe has never occurred with a pair of Bombas.

Up until now, I have not listed the price for the socks. I will do so now – – they start at $12 a pair. But there are various ways to reduce that cost to include using this link which will give you 20% off plus free shipping if you by over $40 worth.  You can also buy the socks in bulk packs of four or eight and get a percentage off as well.

Now consider the part of the deal that is not in the package Bombas sends: accidental good karma.   Aside from the Sock Tech my feet were now enjoying, the company also designed some socks specifically for homeless people. They too have unique features like a treatment that prevents fungus and bacteria from growing even if the socks are washed infrequently, they use darker colors, and are fully reinforced for a longer lifespan.  I know what you’re thinking:  That’s great but how can a homeless person afford high-quality socks?  Well, for every pair bought, a pair is donated.  By the way, the donations are not made only in Bombas’ neighborhood but in neighborhoods across the United States. How cool is that?

Over time I will gradually replace all my socks with Bombas. I will end up with a higher quality sock that performs the way a good sock should and some homeless person will also benefit from the same and in case it had not occurred to you up to this point – – that is a good thing. 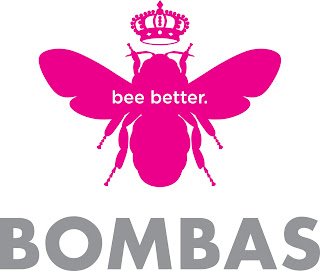 The only negative that I can mention about the socks is the way Bombas handles their bulk packs. If you choose to get a bulk pack of four or eight, you do not get to pick which colors you get in that pack of four or eight. This was a bummer for me because after my test run with the socks I decided to start replacing the socks in my drawer with Bombas so I ordered five pair, but because I decided I wanted to specify the colors I could not order the discount bulk pack and paid more for the privilege of choosing the colors that I would wear upon my feet.

I will continue to look for day-to-day items in my personal life that can benefit by being upgraded. As for my socks, a majority of days you will find a bee logo on the side of them. After all, Bombas is the only company I have ever run into that has a 100% happiness guarantee -- how can you pass that by?

Note:  Yes, I am the model in the above picture and I am available for sock modeling gigs worldwide.  Please contact my agent.