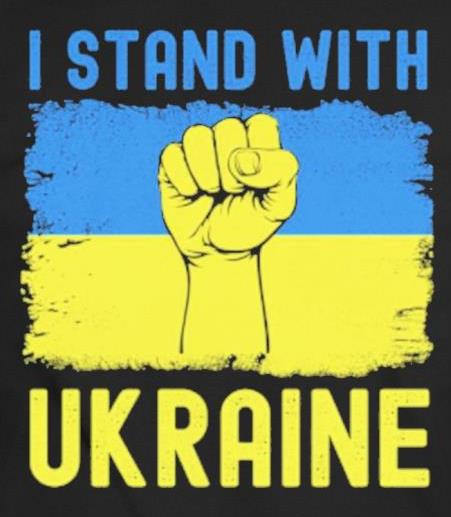 I’ve always done my best to ensure this blog doesn’t become political. Even during a hotly contested presidential race, almost ten years ago my post was about America's ability to transition government peacefully. What is going on right now in Ukraine is not about politics, it is about a madman who has invaded a nonaggressive neighboring country to suit his own ego. I don't care what party you belong to; there is only one way to see this.

As a storyteller, I know one of the richest storytelling environments is a war zone. There is a claim the first casualty in any war is truth, but in every legend which comes out of any battle there is a truth at its core. Today's essay is about four heroes that have emerged from the battle for Ukraine's sovereignty. There may be some exaggeration, but at each story’s core is a truth that will not be denied.

The Ghost of Kyiv

The first story of heroism I heard about was on 24 February 2022, a fighter pilot known as the Ghost of Kyiv. During the opening salvos the battle for air superiority against the Russians, he became a one-day Ace, shooting down six enemy fighters. As soon as I heard bits and pieces of the story, I began looking for details and facts to verify it. Smoking piles of wreckage are hard to deny. However, the Ghost's most spectacular victory was raising the spirits of the people of Ukraine and bringing them hope not only of survival but of possible victory.

His story, reminded me of the Doolittle Raid on Tokyo four months after the bombing of Pearl Harbor. There was some military value to the raid on Tokyo, but what mattered far above that was the value of the raised morale for Americans who were feeling defeated and fearful after the attack of 7 December. Listening to Ukrainians the day after the Ghost splashed all of those Russian fighters, you could not help but hear the fierceness in their voice and their determination to fight.

As of the time of this publication, Ghost of Kyiv's count is eighteen Russian fighters destroyed. 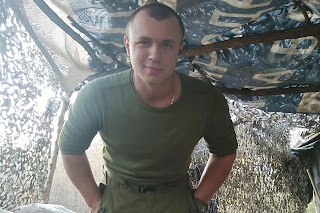 Marine battalion engineer Vitaly Skakun Volodymyrovych was deployed to the Henichesk bridge in the southern province of Kherson when the Russian tanks advanced. On 24 February 2022, the unit Commander decided the only way to block the armored column was by blowing up the bridge, Vladimirovich volunteered to place mines on the span.

Once the mines were in place, the advancing armor was already upon the bridge. When Volodymyrovych realized he had no time to get to safety, the brave soldier made the ultimate sacrifice on the bridge, which connected Russian-occupied Crimea and mainland Ukraine. He informed his unit he was about to blow up the bridge, and then did so, preventing is use by the Russian armor.

A statement the Ukrainian Army read: “Our brother was killed. His heroic act significantly slowed down the push of the enemy, allowing the unit to relocate and organize the defense. Russian invaders, know, under your feet the earth will burn! We will fight as long as we live! And as long as we are alive, we will fight!”

Snake Island, also known as Simonyi Island, sits about thirty miles off the southern tip of the Ukrainian mainland in the northwestern Black Sea. It's about 185 miles west of Crimea, the Ukrainian territory that Russia had annexed in 2014. At the beginning of the war, thirteen Ukrainian defenders were securing the island. 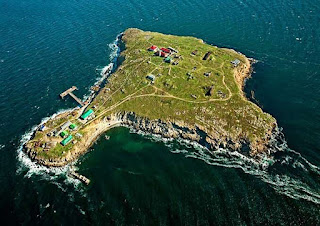 A Russian ship approached the island and radioed the Ukrainians. The Russian officer announced their arrival by saying: "This is a military warship. This is a Russian military warship. I suggest you lay down your weapons and surrender to avoid bloodshed and needless casualties. Otherwise, you will be bombed."

In the biggest act of bravado that goes alongside any of the quotes you've heard from the American Revolutionary war, a Ukrainian soldier responded: "Russian warship, go fuck yourself."

The Russians bombed the island, and it was assumed all the Ukrainians were killed. However, details came out a few days later that they survived the bombing and then defended their post against Russian land forces until they ran out of ammo and were forced to surrender. Whether they did or not, the response of Ukrainian soldier to the warship is an immortal act of defiance that should not be forgotten.
The Lion of Kyiv - Zelenskyy

The sheer number of acts of defiance and bravery by Volodymyr Zelenskyy, Ukrainian President, have quickly become too many to count individually. It must be remembered that this man was not a politician, a soldier, or any kind of leader prior to his election to the presidency of Ukraine. He was a comedian and an actor. What he did bring with him to office, aside from a good deal of common sense and desire to move this country forward, was a deeply held love of the Ukrainian people and their country. 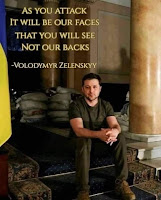 His speeches are not those of a politician but those of a Ukrainian patriot who has unwavering in his faith that they will eventually be victorious while he begs for ammo and not a means of escape. He puts himself continually in the line of fire in order to greet and speak with his people. There is a vast difference between someone who has accepted the inevitability of death and Zelenskyy who sees every risk he takes as another step toward his and his nation's survival. I can't think of many instances during my lifetime when the leader of a nation walked into the battle himself in order to motivate and raise the spirits of his people. This is what a leader looks like. This is what a leader acts like.

The situation in Ukraine changes minute by minute, by the time you read this it may be over one way or another. However, one thing that will live on forever are these four stories. In the end, they will be among the hundreds of others you will hear about in the coming days. Wars are not often documented while there going on but after the shooting has stopped. The fact that we have near instant communications that these stories have bubbled so quickly to the top. 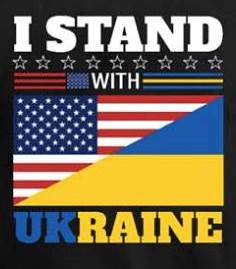 I could never fully understand Americans who went to England and other places to fight in the starting days of WWI and WWII.  Some did it for the adventure, but others did it because of a deep felt sense of right over tyranny.

I think I can understand that now.

I stand with Ukraine.