Want a Beer? All Aboard! 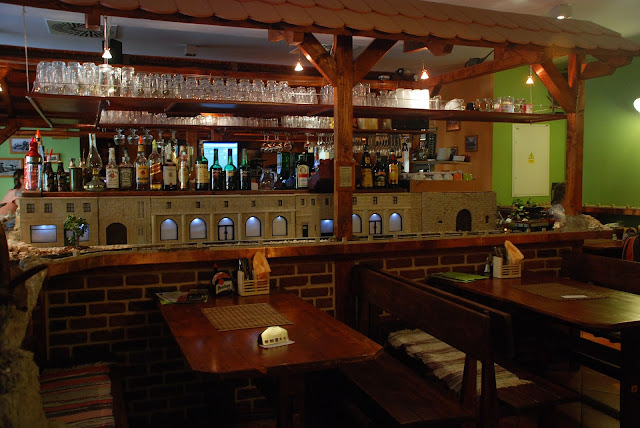 I once heard a writer say they’d written 7,000 words, but only 5,000 good ones -- I know what that feels like. Sometimes, when the thoughts are flowing, you just keep writing. Even though I realize not everything I write will wind up in my final work, I keep writing. There is always the chance I might use these words somewhere else later if I at least take the time to flesh out the thoughts fully. Likewise, there are events and places I'll put into a story only to take them out later because they just don't fit or because they prove to be distracting. I try to avoid distractions to keep the reader focused on what's important. I like to include enough detail so they can imagine a fully fleshed out world where the story is taking place, like the Aglow nightclub in Firebird's Nest.
I was recently working on my current WIP and creating a place for two of the main characters to meet. It was a place where they used to hang out years before when they were in college. So I invented a pub that used a model railway set up to take orders and deliver food.
The train system ran around the outside wall of the restaurant, which placed it at the internal end of the table for the booths. You would push a button on the table to call the train, and when it stopped, you would place your written order on the flatbed car. Then, it would disappear, and another train would show up with your order in tow a short while later. Sounds like a unique idea, right? Then the reality of it started to hit me. 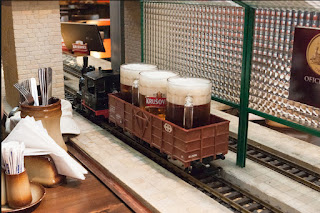 The train would have to be rather beefy to handle a pitcher of beer and a couple plates of food. Then, when the train stopped and started, there was always the chance of things spilling drinks and food. Suppose someone took off their coat and threw it into the booth, and it landed on the tracks? Along comes a train with an entire order of food and drinks, then…what a mess. Of course, as in real life, there would also be the chance of someone hijacking a pitcher of beer as it went by or stealing a few fries. It could happen.
In the end, I went for a rather blasé pub with a few dartboards. Yeah, it's boring, but what is important about that particular scene is the conversation between the two people. It is their first phase in quite a while, and it is because a hacker they knew from way back during their college days is up to some rather nefarious doings. The two were previously married. Due to a variety of issues, they ended up divorced. Still, they maintain an occasional professional relationship when they need to mount up against a particular cyber threat. He is the one who filed for divorce due to several reasons which will get brought out later, and she is bitter because she thinks he found it too easy to dispose of her. The man didn't. He's still deeply in love with her and, worse yet, fiercely attracted to her.
I think the tale will be gripping. Like many things in life, the way the story came about has its own path from genesis to where I am now. If the story works out as well on the page as it does in my mind, I will owe someone a thank you letter for suggesting it.
Note: After writing this update, I was researching pictures and came across Výtopna in Czechoslovakia. There are probably others in the world. Since this one has been in operation since 2009, I’d say the idea is entirely feasible. Maybe in the next book-- Maksim could drop into this place for a drink.
363,305
Posted by Charles Schell at 11:19