When my planned R&R (rest and recuperation) leave in the United States got canceled for reasons that I can't get into here, I started thinking of those places within one or two time zones of where I was at that might be a good place to escape for a few days. There are several of my favorite places in the world within that criteria:  Berlin, Venice, Amsterdam, and Bavaria. Only one of those places had a hotel that was affordable for a 10 day stay, so arrangements were made and we all took off for Bavaria – – specifically Garmisch-Partenkirchen.

Once we arrived and regrouped at the airport in Munich, we boarded the train for what was supposed to be a one train change trip. We made the train change in Munich, from the subway to the regular regional train, which was no small effort considering that baggage was being carried to cover a 10 day vacation. All went well until a few stops down the line when we had to change from a train to a bus due to problems with the rails that was caused by the recent heat wave. After riding the bus for a while, we were put back on a train which again meant humping bags between the two. Finally we arrived in Garmisch and checked into the hotel.  Surprisingly we were only about an hour late.

Over the next 10 days, we toured, went sightseeing, relaxed, and visited many places that had only been viewed in winter; since Garmisch was where we used to go skiing when I was stationed in Europe. So all of it was kinda-new, fresh, and amazingly different after staring at sand for over a year.


A quick note: I have often heard that Germans are rude towards foreigners. I have never found that to be true. Granted, I do speak some of language and I look German but I think that a majority of that rumor comes from the fact that German can sound like a harsh language and therefore people think that the person speaking it is being mean or rude when in fact all they are doing is talking. Therefore, did not give into that rumor should you ever visit. The people are warm, helpful, and a majority of the time very sociable. In Bavaria in particular, the people are the warmest hosts I have ever met outside of the southern United States.

I will let the pictures tell a majority of the story from this point forward, but will add commentary were needed.

I was not sure what to expect when we got there, in fact what I expected was to be guided through an explanation of how Swarovski makes jewelry. That is not what Kristallwelten was all about. The company had given free range to various artists to create works of art that utilized crystals. As a result was a variety of exhibits that were all quite interesting and beautiful in their own way. The crystal Kaleidoscope is the largest in the world and consisted of a huge dome with crystals covering the walls. According to the sign you can look up and see thousands of images but the one you won't see is yourself. 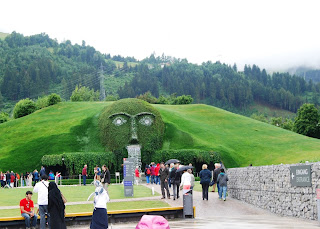 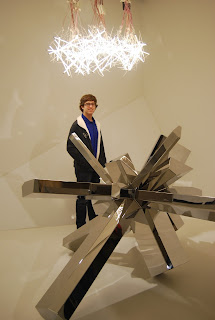 I am thinking this tour would've been better suited for people who had never been to Europe before. It was an all-day bus trip through Switzerland, Austria, and then a final stop in Liechtenstein. It was not bad, and the scenery was nice, but if you had traveled through there in the past you'd seen the scenery before. 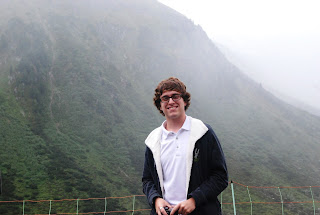 King Ludwig liked his fantasy buildings. He completed three of them while alive: Schloss Linderhof, Herren Chiemsee, and Neuschwanstein Castle.  When I first visited here as an adult back in early 2004, I wrote the following on Life In Germany regarding King Ludwig and what eventually happened to him:

Ludwig built a total of three castles and had planned a fourth.  On another trip we hope to get to the other two.

For those of you unfamiliar with his story:  Ludwig was preoccupied with the construction of his castles rather than government workings in Munich.  The Bavarian gentry felt he was spending too much money and had him declared “mad” at the age of 42.  They sent the psychiatrist who had diagnosed him to the Alps to take him away.    Did I mention this would be the first time the doctor would see the patient?

Anyway, the doctor and posse could not get into Neuschwanstein and they were about to leave when a disloyal kitchen servant let him in a back door.  Have you ever noticed that a lot of royalty is brought down by disloyal hired hands?  They captured the king and took him to another house to prepare for the journey back to Munich the next day.  Sometime during the night, Ludwig escaped and was being pursued by the doctor.  While swimming across Berg Lake they both drowned.  In five feet of water.  The legend and argument about Mad King Ludwig II of Bavaria was born. 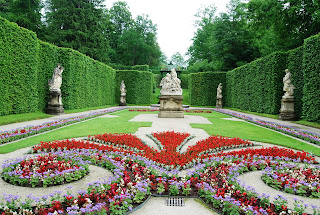 That covers the first half of the vacation,  I will write more about the trip next week.