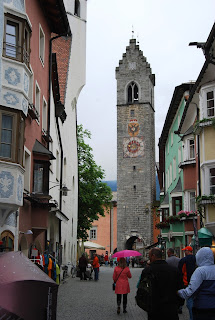 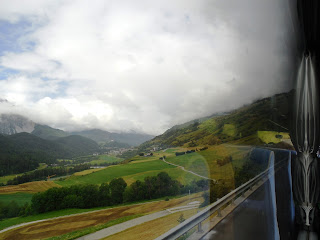 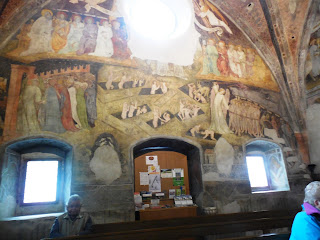 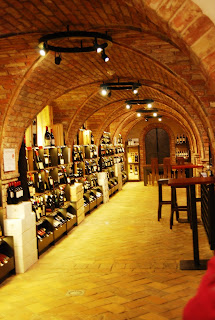 This tour to the South Tyrol region of Northern Italy was something new. The first stop was Vipitino.

Within the town, we were taken to a wine and leather goods shoppe to do some shopping.  Was a very nice place and we got to sample a few different kinds of wine and liqueurs. The worst part was that because I was going back to Kuwait it would do no good for me to do any shopping for things to take back with me. After we were done in that store we wandered the narrow alleyways through the town looking at the various small shops along the way. While we were there we also visited the church which had a beautiful display of Gothic artwork on its walls. Most of them dealt with the subject of the wages of sin, John Milton would’ve been impressed.

The next stop was Bolzano. It was a beautiful town and we had a great lunch there before going to museum to visit Ötzi.  At 3500 years, Ötzi is the oldest wet mummy ever found; he was discovered by some hikers when some flooding melted a section of a glacier up in the mountains. As a result, Ötzi ended up with his own museum and a study of everything he was carrying and the body left behind. Their best guess is that he was some sort of shaman since he was carrying those types of objects. He was murdered, being struck from behind by an arrow that caused him to bleed fatally. I felt no danger form that because I’m fairly sure whoever did it is no longer hanging around. 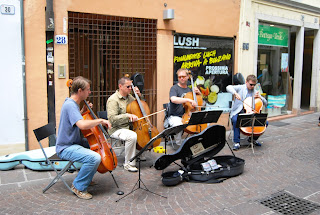 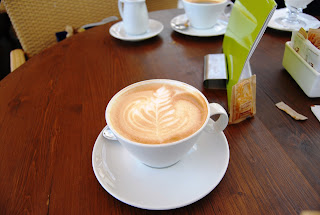 After a visit to visit to the museum, and watching a few street performers, we went back to Walther Square and enjoyed the afternoon sun with a cup of coffee and some gelato.  The square is named for Walther von der Vogelweide, a German minstrel.

The name of the town might seem familiar to you if you are a student of World War II, as you might’ve heard about it in association with Odessa or Nazi war criminal Michael Seifert who was a guard at the concentration camp there.  Seifert was located, arrested and tried in 2000.  During WWII the town was the site of a Nazi transit point for political and other prisoners. Just after the war, it was used as a transit point for Nazi officers who were attempting to escape to South America.  While we were there I saw nothing to acknowledge any of these events. 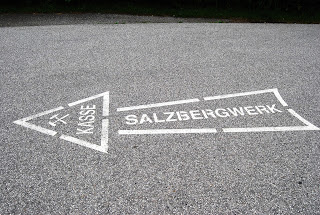 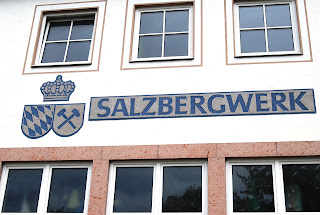 The tour of the Salzbergwerk is something we had done before while we were stationed in Germany.  I am not sure of anywhere else in the world where you can go on a tour of an active mine.  It is located near Berchtesgaden, so we had all a rather lengthy drive in the pouring rain through the mountains to get to there from Garmisch-Partenkirchen. 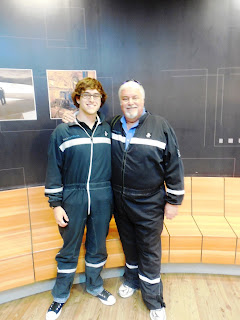 First they dress you up an appropriate clothing, then you board an actual mine train and head deep into the mountain. On our prior trip we wore what were once actual miner’s clothing but these have been replaced with easy on/off coveralls.  While walking through the mine, they tell you all about how salt is extracted from the huge deposits that exist under the mountain. You get to go down huge wooden slides that were once used to transport the salt rock within the mine and you take a ferry across a huge underground salt lake. It is all very interesting and educational.  At the end of the tour, they give you a sample of the soul to take home with you as a memory of the day.

I wish we had been able to go to the Eagles Nest again, but apparently they no longer conduct open tours there as it is been converted into a restaurant. Bummer.

Sometimes, you never find that one place that you are looking for while on vacation. In the states it might be Bob's Reptile World and Snake Emporium, in Garmisch for us it was Kletterwald.  From the day we arrived, we heard about a rope and zipline course going through the woods in the Partenkirchen section of town.  We would even see the occasional sign for Ketterwald as we went about town but never really saw the course itself. 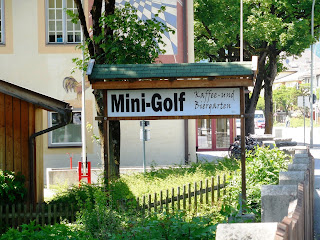 On our final day there, the sun was shining and we decided to find the course and spend a few hours exploring it. We followed every sign that we could find, including the very last one we saw which pointed us up into the mountains. We spent hours exploring the various roads and never getting anywhere. Before you ask, yes we checked the map. It was hopeless. But now we have a perfectly valid reason to visit again.


In the end we gave up and played a round of mini-golf -- something else I'd never done before in Germany. 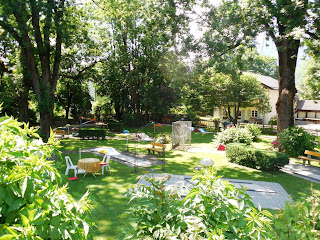 The 10 days we spent in Germany were a blast. It was so great to get out of Kuwait for a while and to escape to someplace so beautiful and welcoming.

Now I am back at work again with only one more break in my tour look forward to, in September I go back to the US for a few weeks. When I return from that one, I’ll be counting down the days until I pop smoke and GMX. 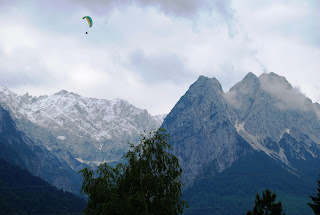