From 1959 to 1975, the United States was involved in the Viet Nam war.  During a small slice of that (1965-1971) the men of the 1st Battalion, 8th Cavalry, 1st Air Cavalry Division were part of the war; they were known as the Jumping Mustangs.  For the past few days I have been honored to attend their 28th reunion with my Dad who was the Commander of Charlie Company in 1968.  Here with I share my thoughts and musings as I enjoyed a bit of time with these men who embodied the credo of the Jumping Mustangs:  Honor and Courage.

This was the second reunion that I've attended so I knew a little bit about what to expect.  I think one of the things I enjoy the most is the look on the men’s faces as they look around the room at their fellow Vets.  The men are all in their 60s or 70s, but when their eyes would first glimpse that old friend or comrade the clock would start spinning backward and you could visibly see their spirits rise to meet the moment.  A huge smile would appear and the encounter usually began with the men embracing each other as brothers.  I guess there is more than one kind of Way Back Machine.

Aside from some planned events,  most of the time was dedicated to a free form social interaction room where most of the men hung out and swapped stories and memories.  Nothing beats a great story told by someone who was there.  Among my favorites: 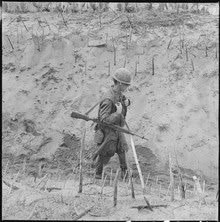 I listened to a discussion of Punji stake booby traps and injuries resulting from them.  Punji stakes are sharpened bamboo sticks that are placed in holes or at angles on hillsides so that they would stab the feet, ankles and calves of the US soldiers who came upon them.  The enemy also figured out if they dipped the stakes in feces, it would add a nasty infection to the stab wound.  The idea of the stakes was not to kill but to wound to such a degree that other soldiers were busy trying to take care of the wounded man and resources were used to evacuate the wounded soldier.

There was a also a general agreement amongst the Jumping Mustangs that there was an order that any man who was wounded by a Punji stake also faced disciplinary action for the wound since it might have been self-inflicted to gain a ticket home.

I heard several tales about Combat Medics, probably the most appreciated men there (outside of the Radio Operators).  The Medic was the guy who could save you if you were having a really bad day and got wounded.  Not only that, the Medic was willing to run across a field of battle to get to the wounded to help them out.  One of the Combat Medics I met was a veteran of WWII, Korea and Viet Nam, that is someone who really tempted fate and won.

Radio operators (RTOs) were the guys who could call in air support, air support, re-enforcements and eventually a ride back to base.  The RTOs were sometimes called upon to climb up into trees to increase the altitude of the antenna attached to the radio they carried on their back, a simple trick that often helped.

Funniest story:  Latrines in Viet Nam were small wooden buildings and below the toilet openings were metal tanks to catch the waste.  A young PFC was told he had been chosen for the waste burning detail and was told to go to it with a mixture of diesel and kerosene.  Rather than pulling the metal holding tanks out of the latrine and moving them to a safe distance prior to lighting,  the PFC lit them up right inside the latrine  – in the end the waste was destroyed but so was the latrine.

There were also stories about chow (both in the field and back at base) and warm beer and Cokes delivered by helicopter.  These stories made it easy to identify if the story teller was with HQ or a grunt in the jungle as well as what period of the war they served during.

I met one man who had been earned 5 Purple Hearts; that is dedication to duty and a story that should be captured and retold. 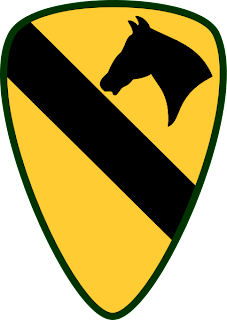 On the last night there was a memorial dinner.  While there I learned that 399 men of the unit were killed in action, but only one soldier, Specialist Randall Ellis, was still missing.  This was also the first time during the reunion that I saw them identifying the first time attendees.  I was surprised to see that there were 15 of them.  Each and every man was greeted with the same phrase:  “Welcome home, Brother”.

Near the end of the formal events there was a period of time for an Open Mic.  This allowed individuals to come up and relate personal stories of men who for the most part were not in attendance.  These stories were very personal in nature and I will not repeat those here to preserve the sanctity of the moment.

There were some widows who attended, and in one case a daughter who had come to know her father, who was killed in action shortly after she was born, through the men who served with him -- very poignant.  There was also a family of 12 siblings who came to learn more about their brother who was killed in action.  Such a long time to wait to finally get closure on how their brother died and what type of man his comrades knew him as. 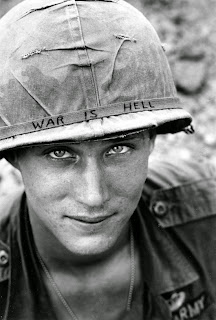 On the last day, after breakfast, I turned and looked around the room at the tables full of Jumping Mustangs as I was about to walk out.  In my mind I imagined them as they must have been some 40 years ago.  Younger, thinner, with thicker hair and dressed in jungle fatigues.  They were all gathered around the tables sharing a meal and few last stories before they departed for home.   As my idle thought faded so did the way I saw them, no longer thin or young or dressed in uniform.  In the end all that remained was look in their eyes as they shared the brotherhood with each other.  That look is timeless and unwavering.

NOTE:  If you know a veteran and they ask if you are interested in going to their reunion with them:  GO!  You may not be directly connected to anyone else in the room except that one individual, but if they invited you it is because they want to share something very special with you. It is truly unforgettable.