It's a Long, Long Time To Hang In the Sky 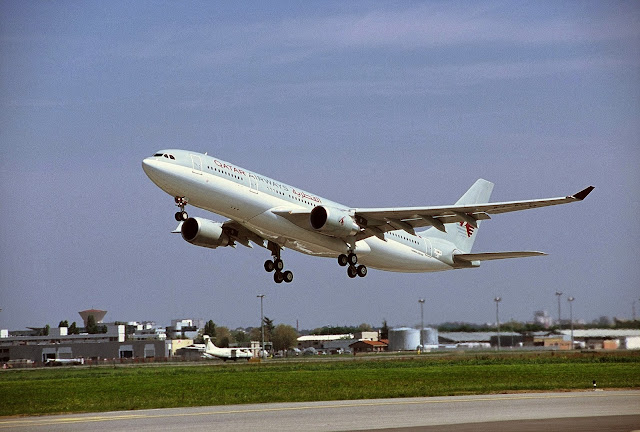 Made it back from the United States to Kuwait with no significant issues; now I am counting down the last 55 days that I have remaining on my tour.

As I sat on the plane flying back, the words of an old John Denver song kept running through  my head: "it's a long way from LA to Denver, it's a long time to hang in the sky".  I wonder what John would've said about the 16 hour flying time from Detroit to Kuwait City.

One pleasant surprise during my trip back was Qatar Airways. The airline totally rocked it,  From the space allocation in economy class, in-flight amenities, customer service that I experienced from check-in to arrival was top notch. The in-flight meal they served was the best I've ever had in my entire life. If there was a restaurant that had their Lamb Chili on the menu, I would be a regular patron. It was awesome.

Another thing deserving of kudos was the fact that my baggage made the plane change from American Airlines to Qatar Airways in Chicago even though my arriving flight was delayed and there was less than 30 minutes between arrival and takeoff. As I stood by the baggage carousel in Kuwait City I was totally surprised when my baggage came out and I did not have to file a missing bag report.

If I have any more flying to do before I depart or I ever need to book a flight in this region again-- I will be doing it via Qatar Airways if at all possible. Airlines in the United States could learn a lot about customer service and exceeding customer expectations from them.

I'm currently suffering from jet lag, which will take three or four days to settle down, the human body is not built for transitioning 7 time zones in a single day. But, once that is passed that will get back to work on my Kuwait Bucket List.
30473
Posted by Charles Schell at 04:22