A Bucket Some More Less Full 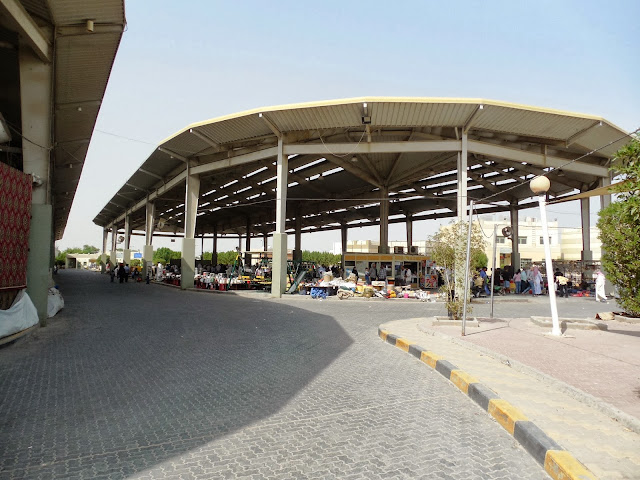 Go to the Friday Market.

Since my arrival, I have heard stories about the Friday Market. It was described as a large bazaar with thousands of people milling around and selling their wares, like the one in the movie Indiana Jones*.  I went to the market looking for nothing in particular; I just wanted to experience the market. One of the folks I work with volunteered to act as guide, and they brought along their very nice Kuwaiti wife who would supply translation as needed.

So, off we went. Even though it is called the Friday Market, we went on a Saturday morning when there were less crowds but still a good number of vendors. From what I understand, it is open almost every day of the week, with several vendors semi permanently set up in the available stalls. The market has several large sheltering roofs under which the vendors are all set up in neat little rows, each shelter has its own particular specialty – – mattresses, bedding, furniture, tools, carpets, and clothing.  Interspersed among the entire organized seller were people selling their own used stuff flea market style.  It reminded me of a cross between the Georgia Farmer’s Market and the Tucson Swap Meet.

Here are some of the pictures I took while we were there, I only ended up buying one thing -- but it was something I had been looking for elsewhere. Many thanks to my team mate's wife for the assistance in bargaining with the vendor.

Since I am a guest here, and I did not want to cause an international incident by first freeing the animals and then beating the crap out of a vendor with the empty cage before stuffing him into it – – I avoided a situation that would rise my ire.

I have seen SUVs cruising around with a lion cub sitting in the passenger seat. At some point that lion will get bigger and decide that he is tired of living life has a domestic cat and will turn on his owner/tormentor. It will be reported that the lion went crazy – – but I have to agree with Chris Rock on this:  "That lion didn't go crazy, he went lion."

I am now down to four items on my Kuwait Bucket List  and, as it would be expected, they are the most difficult to complete. I have fairly good leads on two of them and 34 days left to fit them in.  Items still in the Bucket:

* See the inside of a real Kuwaiti home.  I live in a Kuwaiti house, but it is an American home – I would be glad to swap tours.

Pix Of The Week

I really like  this time lapse photo of planes departing from Hanover, Germany -- Freedom Birds! 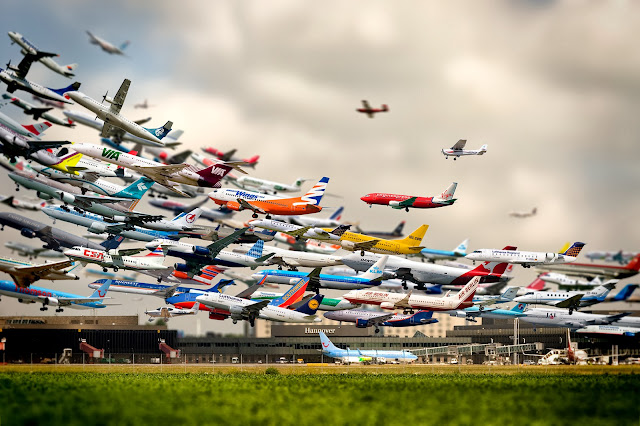 * - I agree with the Amy Farrah Fowler's postulation concerning Indiana Jones"  "Indiana Jones plays no role in the outcome of the story. If he weren't in the film it would turn out exactly the same...If he weren't in the movie the Nazis would have still found the Ark, taken it to the island, opened it up and all died... just like they did."  Think about it.  Sorry Sheldon.