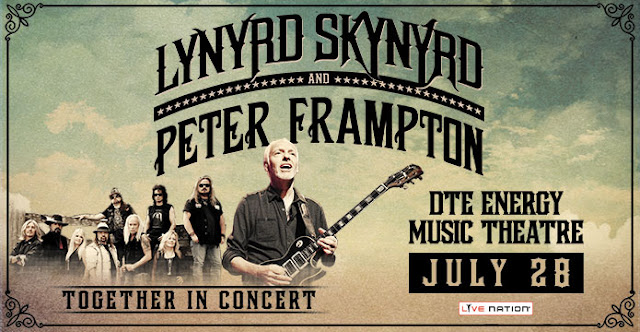 Lynyrd Skynyrd was forced to cancel or postpone a number of shows after guitarist Gary Rossington had to undergo yet another heart surgery following chest pains last week.

"The Lynyrd Skynyrd band is canceling or rescheduling the next 2 weeks of touring, while Gary Rossington recovers at home from heart surgery to repair blockage in his arteries," said the band in a statement.

The concert in Clarkston was caught up in those two weeks.  Bummer -- this was the one concert I was really looking forward to.

The last time I was planning to see Lynyrd Skynyrd was in October 1977, that show was cancelled too, but for a more fatal reason.