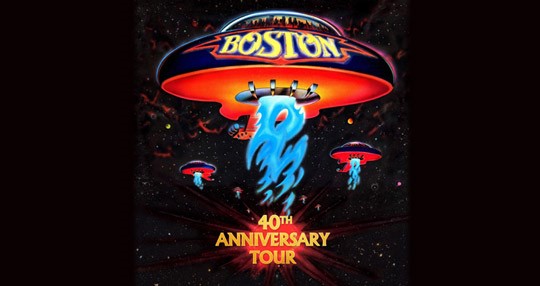 This was the first time I sat on "the hill" versus being in permanent seats in the pavilion and rain was supposed to fall at some point during the evening.  The rain did not fall and it was a great experience even if the view was not always great due to the management of the big screens (more on that later)

Dennis DeYoung: The Music of Styx

I have talked about opening acts and how they just keep getting better.  Tonight the opening act surpassed the headliner.  DeYoung played nothing but hits and they were played with precision and without interruption.  He hit every note in perfect voice and even though the band was composed of all new members,  they did not try to reinvent the music or alter it in any way.

The Grand Illusion started the set, and established where we were going tonight -- right to the heart of Styx' best stuff.  Backing it with Lady and Lorelei smoothed the edge a little; both songs having thought provoking lyrics but with melodies that but kept the energy high and driving.  Dennis seemed to be selecting and playing songs in well matched pairings throughout the evening.

Desert Moon was followed by my personal favorite Too Much Time on My Hands, a song that has great meaning to me.  I think everyone at some point in their lives has been stuck in  a situation that just left them hanging with nothing to do other than waiting for the next event -- waiting with too much time on your hands.

Somewhere after that Dennis spoke to the audience and said

(paraphrasing) "How many of you are seeing me for the first time live,  either solo or with Styx?"  applause and cheering "Well, I am 69,  what took so long?"  More applause followed.

Rockin' the Paradise was followed by Fooling Yourself (The Angry Young Man).   Fooling Yourself was not on the Paradise Theatre album,  but it pairs so well with title track.  I have only recently discovered and started to appreciate Paradise Theatre as a themed collection of songs versus a standard album collection of random tunes.  No idea why I did not do this when it was released.  Do yourself a favor, if you have not done it before:  Get the album,  cloister yourself into a quiet room,  put on headphones and listen to the album start to finish (in order) without interruption.  You can thank me later.

The Best of Times was paired with Renegade.  Another dynamite well thought out pairing and two more rocking tunes that got the audience fired up. What a way to close the set.  Dennis then took the mic and said:

(again, paraphrasing) "You all know how this works,  we are going to go stand over there (motioning to offstage left) and wait while you guys applaud.  We will wait a minute or two and then we will come back out and play some more.  Tell ya what,  we will skip the walk and just stay here and play"

The band then broke into  Come Sail Away as the performance sailed us away one last time. 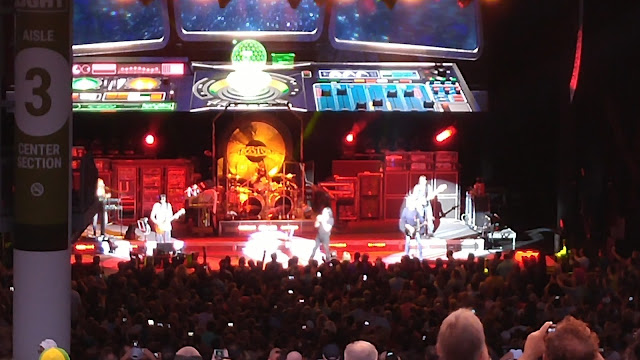 The band opened with The Star-Spangled Banner which was appreciated by many (as they all stood up and at attention) but also showed the lack of respect of many as they continued to walk around and carry on conversations.  Sorry, as a veteran that bothers me.

Tom Scholz (only original member left) and Gary Pihl shared lead guitar duties all night and gave the performance that distinctive dual lead Boston sound.  Tommy DeCarlo supplied the lead vocals and was in terrific voice and ramped up the crowd.

Gary asked at one point if the audience wanted to hear stuff off their last album (Life, Love & Hope, 2013) or their hits.  The crowd's response was obvious, we had come to hear the hits and that is what they played.  The song that really fired up the audience was the expected, More Than a Feeling -- everyone was on their feet and singing along, also expected.

The song Walk On was done in two parts both of which featured Beth Cohen on vocals.   Her voice meshed and harmonized beautifully.  She had a really strong voice with that distinctive Boston sound.  However, whoever was controlling the sound board so over produced her vocals you could not understand a single word she was singing.  It wasn't until she did the second half of the song (after Get Organ-ized ) that I even figured out what the title of the song was.

Get Organ-ized featured several solos,  but the most impressive was Tracy Ferrie on Bass.  The guy was having fun and putting on a show not only with his playing but with his stage choreography.  It is seldom they let the bass player take over the stage -- I was glad he did.  With the song's title you know the song was going to feature Scholz on the Hammond organ playing ever -- and it did.

Foreplay/Long Time is my personal favorite due to the keyboards and lengthy intro.  Love it when a musician gets to show off and Tom did.

Of note:  Jeff Neal played the most awesome drums and percussion I have heard all summer.   The beats were solid and he added a lot of runs and flourishes that blended with each song and at the same time showed off his superlative skills.  If I ever formed another band,  I would want a drummer that could emulate that performance. 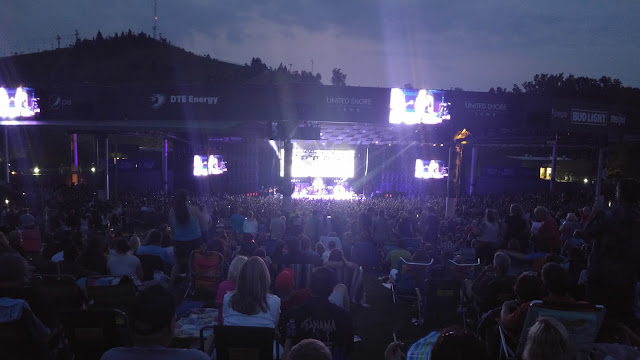 If you have never been to DTE Energy Theatre, there are two kinds of seats:  Pavilion and Lawn. Within the Pavilion are two large screens, on either side, that display live camera shots of the band as they perform.  If you are on the Lawn,  there are 3 additional screen attached to the roof of the Pavilion that assist you in being able to see what is going on.  There is one more screen directly behind the stage and above the band that displays video footage that I can only ascertain that the band has provided to go along with the music.  That screen is very visible from any seat in the venue.

For some reason during this show, the only thing displayed on all the screens during the opening act was the name of the performer,  Dennis DeYoung.  As a result if you were on the lawn you could not see any of the act except in miniature.

During Boston, the screens split their time between live footage of the band and  the band's supplied video.  WHY?  The video was easy to see on the main screen from any seat in the place -- even if they also showed it on the two interior screens it would have been enough.  Showing it on the 3 exterior screens was overkill and left those on the lawn with no view of the band.

Whoever the video director was should take a few minutes and walk through the venue -- to each seating section -- to see and experience the effects of their decision.


Props to the venue for playing Mother's Finest version of Mickey's Monkey during the intermission.  No this was not a Funk concert and I am unaware of Mother's Finest performing anywhere this far North this summer -- but to dig that one out and give it a play -- dunno if anyone else appreciate it -- but I sure did.