A Sally by Any Other Name 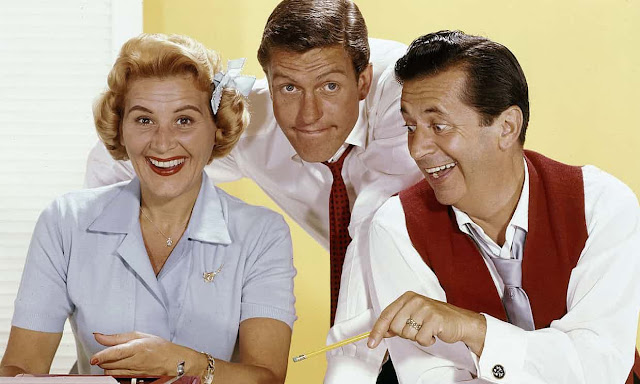 I have always been about the funny from stand-up comedians to campy movies.  But all of this had its start because I was lucky enough not to grow up in the Golden Age of TV but in the era of the Golden Age of TV Reruns.  Why was it better?  I got to see 5 or more episodes of Gilligan’s Island, or other choice shows a week.  If I had a favorite, I got to see it repeatedly, just by flipping the dial to another channel that was playing the same show in a different timeslot.   These shows also provided a distraction when I was home from school sick.

Even though I was familiar with Lucille Ball, one of my favorite funny women was Rose Marie.  I never saw her stand-up, although I have heard she was hilarious.  I also never saw her in any other role other than Sally Rogers on The Dick Van Dyke Show, I always thought she was the among the best out there. Rose was not in a leading role, but she was a critical part of the show and provided an equal for Morrie Amsterdam to conspire with and as a foil.   She had great timing and to me still came off as feminine even though she was strong and independent.  Physical comedy was not within Rose’s role, but I have a feeling she would have done it well.

Later in life, when I entered the world of IT, if I was called upon to create an imaginary user for instruction manuals I was writing or to test new networks or programs, I always used the name Herman Glempshire first.  As a result, I would get the occasional question as to who this person was – I am guessing most people thought it was a friend of mine (imaginary or not).  No.  It was a hidden homage to Rose Marie.  Herman was the name of Sally Rogers’ sometimes boyfriend on the show and only mentioned a few times.

At the end of 2017, when it was announced that Rose had passed – I paused for a moment to recall how funny she was and how her comedic skills are still alive within my appreciation of funny.  She was a funny woman who deserves remembrance.